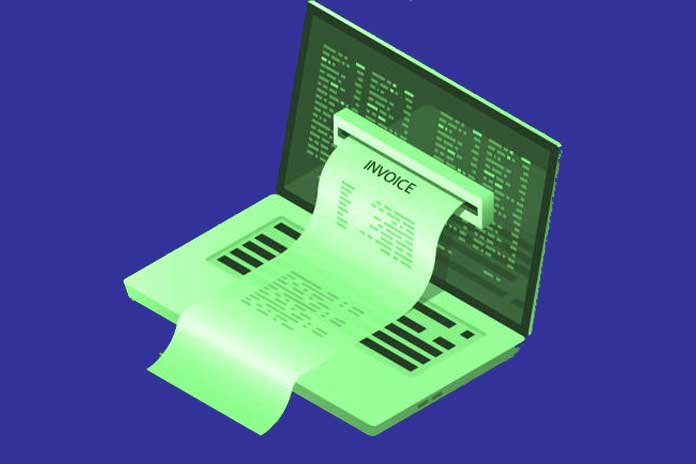 Electronic invoicing offers a wide range of potentials, which are made even more effective by three modern technologies:

Robotic Process Automation: The Robot As An Accountant

Robotic Process Automation (RPA) is a method for automating business processes based on machine learning and artificial intelligence. This technology is currently finding its way into a wide variety of departments. Although RPA is a new technology, it is already being used to automate the accounts payable process. In the area of ​​electronic invoicing in particular, this automation unfolds great potential for high-cost savings: The advantages of RPA include shorter invoice cycles, simplified approval processes, and the avoidance of delayed payments.

Since an e-bill consists of structured data, there are numerous tasks that a robot can take over when checking and approving the bill. We can already take a close look at the practice in other countries such as Mexico or Italy, which have implemented a robot verification process and included the release model in their control infrastructure. This allows the required tax information to be automatically captured and the invoices approved.

The technology can also develop its potential with incoming invoices, such as verifying and booking the invoice. For example, if a purchase order number is not on a supplier’s invoice, the receipt can be automatically rejected and returned. With RPA, the cost center can be automatically assigned to a specific invoice. E-invoicing service providers offer managed services such as data validation, calculation, and verification of master data, which are used to automate the process.

Interest in blockchain has increased significantly recently. Technology is the basis for cryptocurrencies. In the meantime, companies are researching possible application scenarios for the blockchain principle. The processing of invoices is also a possible field of application. There are already significant use cases for the interaction of blockchain and e-invoicing. For example, the subway operator in the Chinese city of Shenzhen introduced its blockchain e-invoicing system last March. This allows users to automatically receive bills via WeChat at the end of a trip. The public transport system processes around 170,000 bills a day, saving 400,000 Chinese yuan (around EUR 50,000) per year.

In addition to cost savings, blockchain will also have an authentication function in connection with electronic invoicing. The focus is on the traceability of the invoicing source and the authenticity of the invoices. This will facilitate improvements in fraud prevention and create transparency on issues such as money laundering. Before companies can exploit the full potential of blockchain for invoicing, however, the number of e-invoicing implementations must increase even more across the board.

Supply Chain Finance: When The Invoice Is Paid

Supply chain finance and e-invoicing have been closely linked for several years. The main drivers behind this were secure communication protocols and the validation and verification of electronic invoices.

The clearance model has also had an impact on the implementation of supply chain finance. After an invoice has been sent, in Mexico, for example, there is also a confirmation that the invoice will be paid and when this will take place. This information, in turn, simplifies other processes. For example, it will be easier to apply for loans from banks and factoring companies.

The next step in financing the supply chain and electronic invoicing will likely be the blockchain. As already mentioned, the blockchain is an important factor for the traceability and authenticity of invoices. Because it is an open and transparent network, banks and factoring companies can easily review information about their transactions.

E-Invoicing: Trends For The Future

The ability to find a faster and safer method of financing the supply chain is likely to have a bigger impact on small and medium-sized businesses because they do not have the same level of cash flow as large companies. RPA and blockchain will be more important to larger companies. Such companies have the necessary budget to invest in such technologies. Solutions can therefore be monetized quickly after the initial effort.

Furthermore, given the increasing popularity of supply chain finance and RPA, both medium-sized and large companies can expect further investments and innovation in the next few years. It is more likely that real business added value will be realized for companies in the next five to ten years with blockchain.