4 Technologies That Will Revolutionize The Automotive Industry In 2020 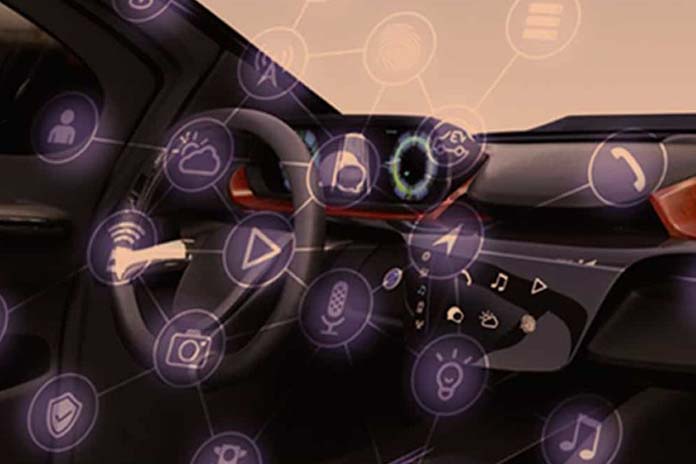 Automation, digitalization and new business models have revolutionized many sectors, among which is undoubtedly the automotive industry. In fact, according to several investigations *76% of companies are investing in emerging technology in the automotive sector.

In addition, 15% of all customer service interactions will be handled only by Artificial Intelligence in 2021 * , which represents an increase of 400% compared to 2017.

These phenomena are leading to disruptive trends driven by technology in the motor sector . And is that the needs and expectations of today’s consumer, are a challenge for manufacturers and the constant demand for a more digitized experience leads them to incorporate in their products a greater technological offer. For its part, Clicars has analyzed four innovative technologies that will undoubtedly hit hard in 2020.

Hybridization and electrification to reduce emissions of C0 2 and avoid limitations of movement. The recent entry into force of the legal obligation imposed on manufacturers to ensure that the average CO₂ emissions of all cars sold in Europe in 2021 are 95g / CO2 (in 2019 the average was 121g / CO2 in Spain) , is causing the sector to turn – in many cases – towards the hybridization and electrification of cars.

In the recently held CES 2020 fair, the most interesting innovations related to the automobile sector were presented, starting with the new electrical concepts, such as the ecological and sustainable commitment of Fisker’s Ocean electric SUV model (carpets made from recycled bottles and fishing nets , the details of the dashboard with recycled shirts and the waterproofing tires of the rear window with recycled tires), or the new concept of Mercedes, the Mercedes Vision AVTR electric car , with its functions that are controlled through the information projected on the hand . Futuristic in appearance, it starts recognizing the heartbeat and breathing of the driver.

The technological advances of recent years have made it possible to talk about autonomous cars not being a science fiction thing. There are more and more cars with autonomous driving technologies with devices such as adaptive cruise controls, 360º cameras, ultrasonic sensors, or radars among others, which have been gradually integrated into vehicles.

Many companies are betting on automated cars, since it could end most human errors that cause accidents, reduce traffic congestion and facilitate travel . According to the European Parliament, as of 2030, one could begin to know the true autonomous driving of level 5, with ‘full automation’, in which vehicles without steering wheel or pedals come into play. Although, today, there are issues to clarify regarding the legislation of this type of cars in terms of road safety, liability in case of accident, ethics, or data processing, among other aspects.

Thanks to technological development, new equipment is being created to improve the usability of a car, provide greater comfort or even provide more fun. Gone are the traditional aspects such as engine power, design or performance, today a smart car is demanded.

“Increasingly the functionalities demanded by users to drive from their mobile: open or close the car, check the condition of the wheels, be able to detect theft in time, start the car to activate the heating … or know if the children teenagers have taken the car and exceeded the speed limits, ” says Rivera.

For this year, and according to market estimates *, it is expected that in Europe almost 100% of new vehicles will be a connected car , with digital entertainment, communication and navigation services. By 2030, it is estimated that approximately 70% of the cars that circulate in Europe will be connected.

In addition, there is the MirrorLink, which began taking its first steps in 2011, is one of the standards that allow you to control the mobile from the car controls . It is compatible with more than 1,400 smartphone models, MirrorLink’s main functionality being to duplicate what is seen on the smartphone’s screen on the screen or the audiovisual system on the dashboard of the car. In this way, you can use all the apps that are in the mobile in the car, such as Spotify, Waze or Google Maps, being all approved and considered as safe when using while driving so as not to compromise driving.