5 Of The Best Horror Films Yet 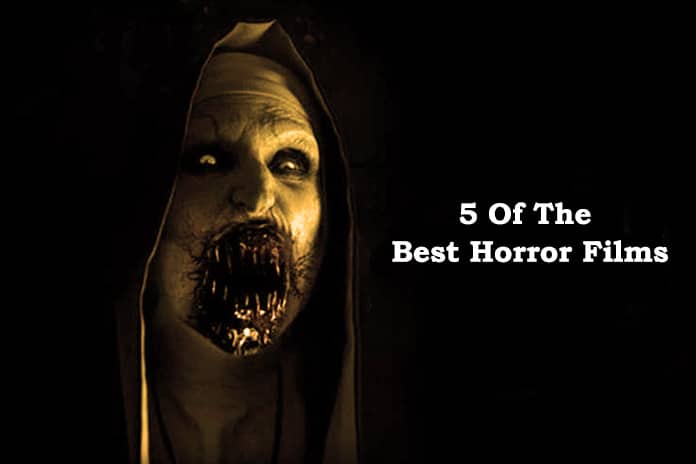 Horror movies have long been a genre of moving that has garnered attention. From Freddie Kruger, to Predator to more a more recent film in Get Out, being shook up by a fictional horror film is an experience like few other. 2020 has of course brought about a horror of its own for different reasons, but it has also seen another stellar set of horror film be released. Instead of detailing the best of 2020, we have decided to give you a top five for horror films made to date. Now, for the full horror experience, it is important to have the right technology set up. Ensuring you have access to the following films is crucial to be able to tick them off your list. Some films are exclusively available on an Apple TV device. Buy one of them here at Harvey Norman. Or if you do not want an Apple TV set, ensure you have a subscription to Netflix, Stan, or Binge.

We have certainly seen the normal kid-turned-evil story countless times in horror (The Bad Seed immediately springs to mind). But director and co-writer Brandon Christensen’s Z barrels toward a refreshing pivot in its third act that is entirely unexpected. Still, its most gratifying scares come from the first two-thirds of the film, when a mother (a wonderful Keegan Connor Tracy) struggles to navigate her son’s (Jett Klyne) increasingly maniacal behaviour. If you are in the marker for a few legitimate jump scares, look no further.

You must be a little twisted yourself (in a good way, of course!) to become a fan of the odd, but storied horror-comedy genre. Regardless, if you are looking to be alternatingly terrified and amused for two hours, there is one definitive film you must start with. It is Sam Raimi’s The Evil Dead, which introduced us to Bruce Campbell’s Ash, who must figure out how to un-possess his closest friends during a cabin getaway.

The Woman in Black

A lush Gothic haunted mansion story in the best classic tradition. Hammer Films had their finest revival entry by far with this gorgeously designed, atmospheric tale. Few horror films have this level of commitment to setup and presence, allowing the tension and dread to grow as we linger in each scene and location. This is one of two films on the list that harken back to good old fashioned haunted house filmmaking of the 1960s and 1970s. Budgeted at a modest $15 million, the $127 million worldwide box office was an impressive return and led to a far less impressive sequel.

Very few horror movies have managed to burrow their way into my brain enough to keep me up at night. Scott Derrickson’s Sinister is one of those select few. The movie puts the spotlight on Ethan Hawke as true crime novelist Ellison Oswalt. Ellison moves his family into a new home so that he can do some research for a new book. Little do they know, that meant Ellison moved them into a home where the previous owners were gruesomely murdered. As if the lengthy opening shot of that family’s demise is not unsettling enough, ultimately Ellison finds a box of Super 8 reels showing a whole bunch more, all connected by one evil deity, Bughuul. The belief is that images of Bughuul function as a gateway for him to step into our world. When Sinister first hit theatres in 2012, I participated in a Twitter giveaway where I won a Sinister poster signed by Derrickson and producer Jason Blum and, admittedly, I did hesitate before hanging it up on my wall because, of course, it had Bughuul on it. That did not stop me though and now, as odd as it is to admit this, I do enjoy the weird, twisted thrill I get out of having it in my apartment.

Grief catalyses writers-directors Severin Fiala and Veronika Franz’s nightmarish film that centres on two siblings (Lia McHugh and Jaeden Martell) who lose their mother and are instantaneously pulled into a new relationship with their dad’s mysterious fiancée (Riley Keough). As the trio coops up together at the eponymous residence, more and more frightening and inexplicable things happen that cause both the siblings and their stepmom-to-be to begin suspecting each other. The Lodge is an utterly terrifying film that also leaves you looking at each of the characters a little sideways by its macabre conclusion.

To ensure you have the best experience consuming these horror flicks, Visit Harvey Norman now for the latest technology.

In the early days of bitcoin, it was hard to imagine, even for its creators, what kind of impact it, and other cryptocurrencies, will...
Read more
ENTERTAINMENT

What Is The Pirate Bay And Should I Be Careful?

How To Choose The Best Entertainment For Your Event?

To plan a successful event, one must look into hiring the entertainment. It is an integral part of any event and should not be...
Read more

How Do I Make A Schedule Spreadsheet?

A schedule is essential in running so many affairs in your life. It could be for your employees, school, or even personal daily routines....
Read more

What Is The Best Alternative To Email – And Why Should You Care?

Emails used to be the primary mode of communication in modern offices - and they continue to be a common staple in the average...
Read more

Four Gadgets For Every Type Of Gamer

Logistics And Transport: What Has Changed & What Have To Change In Future

From the management of stocks and raw materials to the organization of deliveries: warehouse transport, and logistics in each company must be followed with...
Read more

The Detailed Process Of Activating Hyper-v On Windows 10

There is one thing every IT professional, software developer, and technology enthusiast would love to have in their computers – a virtual machine.Virtual machines...
Read more

From Web analytics To Marketing Optimization: Here Are The Most Advanced Analytics Technologies

Skills Needed For Analytics The lack of the necessary skills, quite widespread today in all ICT sectors, in the field of Business Intelligence is linked...
Read more
Load more

16 Hacking Abbreviations And What They Mean

If you are new to hacking, you will be surprised by the number of technical terms thrown around. Not to mention that the list...
Read more

The Black Friday and Cyber Monday are already important dates in our calendar of promotional sales, so if you have not already done so,...
Read more

Starting your business with the right tools is not easy. However, it is possible to simplify some missions with free tools available directly from...
Read more

The Black Friday and Cyber Monday are already important dates in our calendar of promotional sales, so if you have not already done so,...
Read more

This year has taught us that many jobs are far more important than society has previously given credit to. These jobs are being referred...
Read more

Technologies: 10 Trends To Remember For 2020

Automation driven by artificial intelligence (AI) technologies is at the heart of a long-standing movement. The market "is evolving from a model in which...
Read more