A Robot System Fights Against Plastic Waste On The Seabed 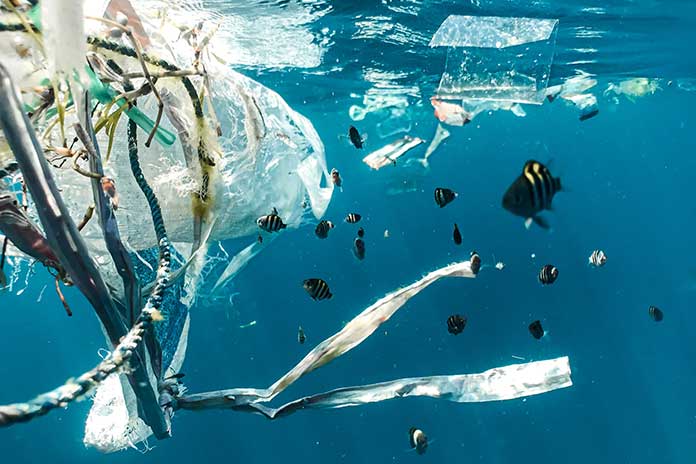 Scientists at the Technical University of Munich have developed a new robot system called SeaClear. This should independently and unmannerly fish plastic waste out of the seas in the future.

Seventeen tons of plastic waste are dumped into the ocean every minute. More than ten million tons of waste end up in our oceans every year. Eighty percent of this waste consists of plastic.

According to the Nature Conservation Association (NABU), decomposing a plastic bag takes around 20 years. It even takes a beverage can around 200 years and a plastic bottle even 450 years to decompose.

Our garbage kills around 135,000 marine mammals and a million seabirds every year. Plastic particles are also a danger to humans. They attract environmental toxins dissolved in seawater and kill mussels and corals.

On the other hand, corals provide habitat for around a quarter of all marine organisms, are the economic basis for around half a billion people and bind carbon dioxide.

Researchers worldwide are constantly developing new devices and systems to rid our oceans of plastic waste. There is also a project like this.

Scientists at the Technical University of Munich have developed a robotic system called SeaClear that will independently detect, map and collect plastic waste in the future.

With the help of a so-called multibeam echo sounder, the system then creates a bathymetric 3D map of the seafloor. Large pieces of rubbish can already be easily found and marked on the map.

If visibility is clear, a drone will also scan the area. The SeaClear team modified a DJI Matrice M210 RTK for this purpose. The drone is connected directly to the SeaCat by a power and data cable.

Garbage accumulations can already be identified from the air using a drone. An underwater robot can then examine the next step.

This robot, called miniTortuga, takes targeted close-up photos of the seabed to find smaller debris and place them on the 3D map. For this, he uses a camera and a sonar. Other integrated sensors and metal detectors support the search.

Underwater Robots Suck And Pick Up The Garbage

Finally, a giant underwater robot named Tortuga comes into play. This collects every piece of waste marked on the 3D map. For this purpose, the robot was equipped with a unique gripper. A suction device also helps to retrieve objects that are difficult to grasp.

The pieces of waste found are then placed in a basket placed in the water by the SeaCat. The basket’s opening has been designed to work in conjunction with the grapple. This connection prevents floating debris from getting back into the water.

The Robotic System Operates Through AI And Machine Learning Techniques

To control the route and movements of all mechanical system components, the SeaClear team uses intelligent techniques such as reinforcement learning.

In September 2021, the SeaClear robotic system was already being tested in Dubrovnik, Croatia. Further tests are to follow in May 2022.

SeaClear’s goal is to classify about 80 percent of underwater debris and collect it at a rate of 90 per cent. Of course, the development team faces some challenges.

Robots Have Problems In The Water

“Developing autonomous robots for use underwater poses an extraordinary challenge”.

Above all, the robot must assert itself against strong currents underwater and control the movement correctly.

For SeaClear project manager Sandra Hirche, the extraordinary computing power also represents a hurdle: “There is no connection to large data centres with high-performance computers. The algorithms that we develop must therefore be as efficient and resource-saving as possible,”.

Other Projects Are Also Looking For The Underwater Garbage

However, the German SeaClear project is not the only technical system in the fight against pollution of our seas.

In May 2021, scientists from the Czech University of Chemistry and Technology in Prague published an ACS Applied Materials & Interfaces article. There they present microrobots that can decompose microplastics.

In the article, the researchers describe that intelligent micro-robots are powered by visible light. They would also have the ability to capture and break down microplastics in a complex multi-channel labyrinth.

In January 2019, numerous media reported about the invention of the student Anna Du. The only 12-year-old took part in a science competition in Massachusetts.

She presented a self-developed intelligent robot that can identify microplastics in the sea using infrared radiation.

The Dutch company RanMarine has developed the autonomous water drone WasteShark. About the size of a canoe, it sifts through still waters in harbours, lakes, and ponds. It swallows waste and oils floating in the water.

The device can collect around half a ton of rubbish per day, which can be brought ashore and recycled there. During the collection campaign, the drone can also measure the quality of the water.

Around 26 WasteSharks are used worldwide and clean, for example, the waters in the Disney theme parks and the ports in Spain.