All You Need To Know About Attack Surface Is Here 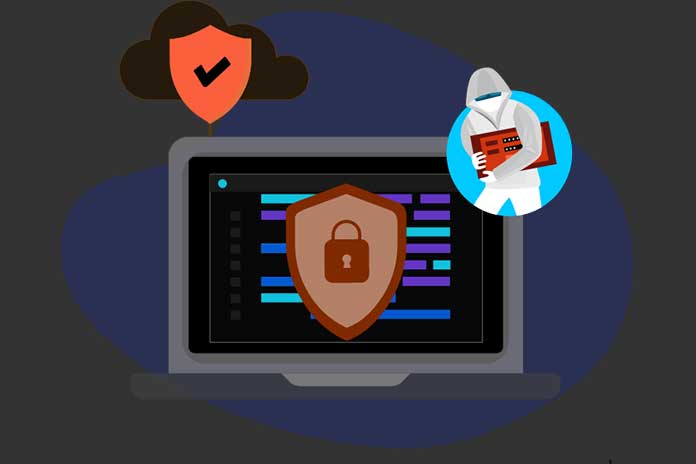 Your organization has probably suffered a cyber-attack in one way or another in the form of malware, phishing scams, denial of service (DOS), etc. A vulnerability can occur in many ways, from a shoddy cybersecurity system or even an accidental click on the wrong button. Most of these digital attacks are designed to steal your data or malfunction your system, so you need to reduce the attack surface.

What is an attack surface?

An attack surface is the different ways or vectors an unauthorized actor can use to access your network and steal data. In other words, these are gaps in your system that hackers and other malicious actors can exploit.

It is crucial to reduce the attack surface as much as possible to minimize the risk of cyber-attacks. However, it is challenging because criminals devise new ways of attack and expand their digital footprint.

We can break the attack surface down into three classifications: digital, physical, and social engineering surface.

The digital attack surface is the threat that comes from the internet connection. It is common as cybercriminals can access your network remotely without being present physically. They include;

Nowadays, attack surfaces spread outside businesses’ internal networks to services and data centers managed by third parties. But unfortunately, the vectors are not detected with traditional security approaches like penetration testing in most cases. That is why cybersecurity and information security are essential.

Below are some of the common digital attack surface vulnerabilities.

These are just a few examples of attack vectors, as we cannot exhaust them in this article. Unfortunately, the risks can be externally detected, and attackers combine various tactics like penetration testing, automated scanning tools, and web crawling to find them.

Essentially, any internet-enabled device can be an entry point to your organization. As a result, security teams employ attack surface management tools to monitor an organization’s security bearing continuously.

Usually, a physical attack surface is carried out by insiders such as rogue employees, insecure or BYOD devices, social engineering schemes, or unsuspecting intruders.

Below are some of the things an attacker can do when they have physical access to your organization’s system or devices.

A data breach is unavoidable in your organization if you don’t consider physical security. Currently, the average cost of a data breach has surpassed $4 million, so you should intentionally invest in protection that prevents data breaches.

Some viable solutions include biometric access control and swipe bards systems to prevent tailgating. Also, you should have a mechanism to discard paper files and hardware properly. But, more importantly, keep in mind that the common way attackers gain physical access is through people.

One of the most dangerous yet overlooked vectors of attack in an organization is the people. So, a social engineering attack surface is as big as your organization’s total number of employees.

With this attack, the attackers exploit human susceptibility and psychology to influence victims into doing certain actions. For example, they can disclose sensitive data and other confidential information or even compromise your organization’s security standards.

Usually, social engineering is successful because attackers can use various methods. But, also, it can be due to a lack of robust operational security (OPSEC). This is the process of monitoring actions, like posting on social media, which a potential attacker can exploit.

The most effective line of defense against social engineering attacks surfaces is cybersecurity awareness training of employees in your organization. Unfortunately, this can be the weakest link regardless of the sophisticated security strategies you use.

Some examples of a social engineering attack

Importance of reducing the attack surface

Besides organizations, attack surfaces can affect anyone, so you should also focus on your security. Criminals are opportunistic and will always exploit the weakest link that requires minimal effort for financial gain. For example, they can install a single malware on your device in various ways and steal your banking information.

In particular, hackers are targeting small to medium-sized businesses. In fact, 43% of cyber-attacks in 2019 were directed at small businesses. Sadly, the report indicated that only 14% of the companies had prepared adequately against the attacks.

How to reduce the attack surface?

The first step is to identify the vulnerabilities in your network – physical, digital, and social engineering. Also, verify the connected devices and virtual access points. For example, does your website have all the necessary security measures, including TLS encryption?. Moreover, use solid protocols such as two-factor authentication on all end-point devices to keep criminals at bay.

Can every employee in the organization access data storage and other sensitive areas? The best approach is to put restrictions on certain hardware, software, or physical locations in your organization. Minimizing access to the most sensitive parts of your network will diminish the risk significantly.

Furthermore, install dependable antivirus software on devices and computers in the organization and conduct regular and frequent scans. Also, you should submit your systems and network to reputable cyber security companies to identify vulnerabilities.

The most effective way to reduce attack vectors in your organization is by using the latest cybersecurity solutions and training employees. Also, knowing the risks will place you in a better position to prevent them.

Test manually or automatically? All software developers face this question sooner or later. Today, we find out the advantages and disadvantages of both types...
Read more
CLOUD COMPUTING

We have taken a closer look at standard antivirus programs for you. The number of viruses, Trojans, and malware is almost incalculable. And day...
Read more
Load more