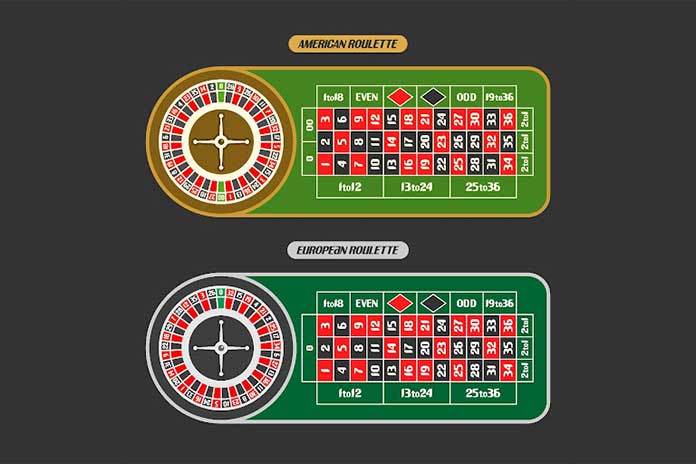 Roulette has dominated the gaming scene for quite some time now – whether you prefer to play online or in person. What’s more, the iconic wheel was actually invented by accident thanks to Blaise Pascal, a French physicist, inventor and mathematician who was aiming to create a perpetual motion machine. Pascal’s creation came to life in the mid-17th century, before gradually morphing into a hybrid mechanism in 1720, going by the name Biribi.

Throughout the following years, the premise of Roulette continued to be known by various different names such as Roly Poly and Even-Odd, before finally settling on the name – and version – we know today. From there, this iconic game has come on leaps and bounds, going on to dominate online casino gaming. Sites like Griffon Casino online now offer multiple editions of Roulette, including live options to enjoy from the comfort of your own home.

But variations aren’t limited to playing online. In fact, American and European Roulette have been valid options for many years now – understandably, based on location. In current times, both are usually on offer.

Read on to find out more.

American Roulette was developed when – you guessed it – the game came to America. This wheel features a double zero, which cannot be found in its European counterpart. The sequence of numbers usually comes in the following:

These numbers will be displayed in alternating black and red pockets, excluding the green zeros. High and low numbers are placed sporadically, resulting in some of the higher value digits being placed alongside each other. Arguably, this further randomises the game.

Whilst the layout of this wheel doesn’t improve your chances of winning, it’s worth noting that the additional zero does increase the house edge, meaning that the casino will have a bigger chance of profiting.

European Roulette is the closest to the original version of the game, featuring 37 pockets ranging from 1-36, including just one single zero pocket. The numbers will alternate between black and red pockets, whilst the zero sits in a green section.

The European wheel has no real pattern to the number sequence, other than ensuring that all numbers alternate between odd and even – therefore also red and black. The sequence is as follows:

Because of the ways the numbers are presented on the wheel, it’s often recommended for players to place bets on either red/black or odd/even pockets. What’s more, there are a whole host of other betting options available, such as the little white ball landing on any number between 1-12, 13-24 or 25-23. However, it’s worth noting that the less specific your betting prediction, the lower your payout is likely to be.

Different to American Roulette, the European addition has a higher Return to Player (RTP) percentage, therefore falling in the favour of the player, over the casino.