BaaS: What Is Blockchain As A Service 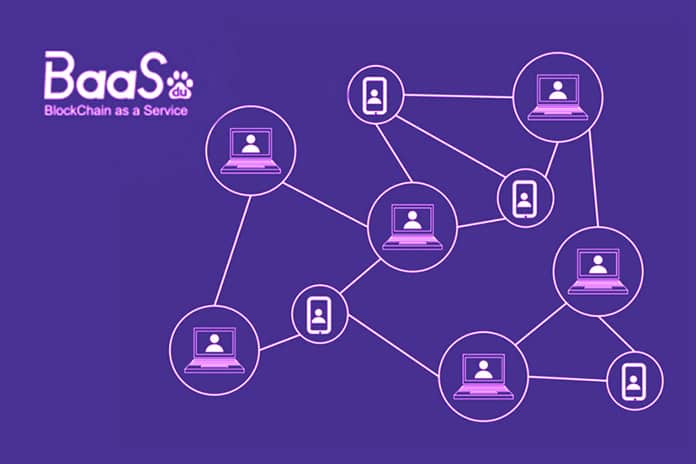 BaaS or Blockchain as Services is Cloud services allowing companies to operate the blockchain without having to develop and manage their own infrastructures. Find out everything you need to know about it.

Many companies, as well as individuals, want to adopt blockchain technology. Unfortunately, creating, configuring and operating a blockchain are complex tasks and most are discouraged by this difficulty.

According to a study by Gartner, because of the technical complexity of the blockchain, only 1% of corporate CIOs have adopted blockchain in their business and only 8% plan to adopt it in the short term. Nearly 77% do not even plan to take more interest in it. In order to facilitate the process, many startups and tech giants offer BaaS-type cloud services.

Definition Of BaaS or Blockchain As A Service

The cloud service provider is responsible for managing the tasks and activities necessary to keep the infrastructure agile and operational. This type of service is based on the concept of SaaS (software as a service) and works in the same way.
It is part of a context in which the “servitization” economic models linked to Cloud Computing are increasingly popular, in the same way as Robotics as a Service (RaaS) for example.

BaaS or Blockchain As A Service: How Does It Work?

We talk about BaaS (Blockchain as a Service) when an external cloud service provider is responsible for setting up, configuring and managing a Blockchain technology infrastructure. By paying for a BaaS service, the customer instructs the supplier to set up and maintain the connected nodes of the blockchain.

The supplier takes care of the maintenance of the infrastructure and all the elements linked to the blockchain. Other related activities are also part of the service: bandwidth management, resource allocation, hosting, security features and protection against cyber attacks…

Thus, the BaaS model allows customers to focus only on the functionality of their blockchains rather than having to worry about performance and infrastructure issues at the same time.

The operation of a BaaS service can be compared to that of a web hosting service, where the customer pays a provider like Amazon Web Services or 1 & 1 to host his site on his servers rather than having to host it on his own computer and manage maintenance and infrastructure issues.

In this sense, the BaaS model could allow wider and deeper penetration of blockchain technology in companies of all industries. Whatever its size and sector of activity, a company can now outsource all technical support for the blockchain and focus on its objectives.

BaaS or Blockchain As A Service: For The Best Suppliers

Most of the large tech companies have started to enter the BaaS market by offering their own services. Here are the best options available today.

In 2015, Microsoft was one of the first tech giants to offer a BaaS offer with Azure Blockchain Service. In November of the same year, Microsoft and ConsenSys joined forces to create the Ethereum Blockchain as a Service (EBaaS) on Microsoft Azure: a service designed to help users create their blockchain environments on the Azure Cloud.

In 2016, Microsoft collaborated with Blockstack Labs, ConsenSys and other developers to create a blockchain-based identity system that enables people, applications, products, and services to interoperate between different providers of cloud, blockchains and organizations. In 2017, the firm also launched the Enterprise Smart Contracts service offering users all the tools necessary to create their own Blockchain services.

Azure Blockchain Service allows you to develop, test and deploy secure blockchain applications. Thanks to modular and preconfigured options, application development time is greatly reduced. In addition, customers only pay for the resources they use such as computing power or data storage. Users can choose the most appropriate ledger to develop their solution: Corda, Ethereum, or Hyperledger Fabric.

In 2017, a Juniper Research study found that 60% of corporate IT managers consider IBM to be the market leader in blockchain. The IBM Blockchain Platform allows companies to quickly develop, govern and operate a blockchain ecosystem at a low cost on a flexible cloud platform.

It is possible to take advantage of a free trial offer. Thereafter, the Enterprise Membership Plan is offered for $1,000 per month for each peer deployed. Users benefit from premium support and a secure environment. This service is for example used by Walmart which uses it to improve the traceability and transparency of its supply chain.

Launched in April 2018, this service appeared later than those of IBM or Microsoft. However, as the cloud market leader, AWS is able to shake its competitors.

In early 2018, Chinese web giant Baidu launched its own BaaS platform. Directly based on a technology developed by him, this service aims to facilitate transactions and their tracing thanks to the distributed ledger technology.

This solution is based on the Hyperledger Fabric 1.0 ledger from Linux. The technology is used in particular for the supply chain, public services such as identity verification, and financial auditing.

There are now numerous industrial machine learning (ML) use cases. So far, data-driven automation solutions have only been part of everyday life at leading...
Read more
TECHNOLOGY

What is the MAC address or actual location: what is it for, and why is it valuable. Every gadget fit for associating with the...
Read more
TECHNOLOGY