Best Antivirus For Mac In 2020 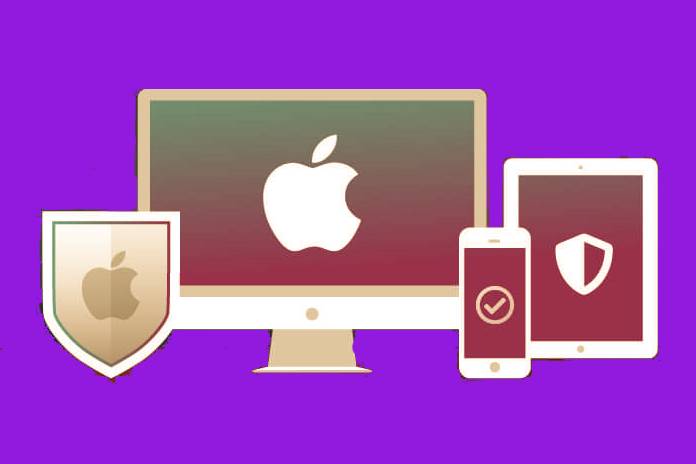 Viruses On Mac: Should You Protect Your Computer?

Macs are commonly considered safer than PCs, and rightly so. The Unix operating system of Apple products has many firewalls that allow you to restrict access to certain secure areas of the computer.

In addition, compared to PCs, Macs represent only a small portion of the personal computer market. Pragmatic malware creators are therefore less inclined to tackle it.

Apple computers are not, however, impermeable to all malicious software (viruses, spyware, Trojans, etc.). These are intended to hijack your private information or take possession of your computer for criminal and financial purposes.

It is therefore advisable to protect your computer, whatever it’s brand.

MacOS: How Do You Choose The Best Antivirus?

Obviously, the effectiveness of antivirus is measured by its ability to protect your computer from malware.

We did a full scan for each antivirus, some took 30 minutes and some took six hours. We did them on a MacBook Pro running macOS Mojave (2.8 GHz i7 processor, 8 cores, 16 GB of RAM and a 512 GB SSD, of which around 400 are occupied). Your own scans may be faster or slower.

In order to compare the different antiviruses presented here, we used a VMware Fusion virtual machine and downloaded 26 virus samples to it from a Mac security site. Our goal was to see if the antivirus was going to protect our Mac against malware and in the majority of cases 100% of the threats were detected.

Mac Internet Security X9 is easy to install, easy to use, and it scans your Mac in 30 minutes (so it’s faster than other antiviruses in our selection).

More importantly, during our test, this Intego antivirus managed to identify and block the viruses used. We appreciated the fact that both scheduled and real-time protection was enabled by default.

In terms of functionality, Mac Internet Security X9 allows you to disable the detection of Windows viruses, which prevents many false alerts.

Before subscribing to a subscription, do not hesitate to take advantage of its free trial version.

Let’s add that Bitdefender is easy to install, to use and that it scans your macOS completely and quickly.

Finally, thanks to its Bitdefender Central application, analyze your entire network and protect your online purchases.

With Norton 360 you get a VPN, a firewall, cleaning tools and much more if you subscribe to the one-year plan (from € 29.99 for 1 device). If you need to secure multiple macOS / iOS / iPadOS then you will need to upgrade to its Deluxe or Premium plan.

The latter has a parental control function, an automatic backup of 75 GB.

Our first complete scan was quick but the others were more laborious, however, the protection against the viruses present was done well.

The antivirus is inconspicuous on your Mac and, if you want, you can schedule your scans or start them manually.

Once you have selected the right version of Kaspersky for your operating system, it will be easy to install and use.

Its additional tools such as parental controls, VPN, webcam protection and online transactions provide added value. Nonetheless, we question its malware detection, both during its system scan and for its ongoing protection. Several malware has managed to find their way.

ESET is a very good antivirus. That said, its speed is far from its strong point, and its ransomware protection falls a bit short. However, it still has its place in this selection.

To make sure ESET is made for your Mac (and you), we recommend that you try its 30-day trial version before paying for the subscription.

Sophos Home Premium is an easy-to-use antivirus that detects and prevents malware from acting with artificial intelligence.

It has powerful anti-ransomware protection, protection of banking services, against malicious websites, parental filter, remote management … and allows you to protect up to 10 devices.

Before you jump into a one or two-year subscription, take advantage of its one-month free trial!

Airo is a company that specializes only in malware protection for Mac. It emphasizes that its antivirus uses artificial intelligence which allows it to identify any suspicious activity and to keep your device safe from threats and viruses.

Its interface is pleasant and its use is simple. As for the full scan, we found it a bit slow, but it was very good at spotting malware on our macOS.

Easy to use, Trend Micro quickly scans your Mac and protects it against malware and fraudulent emails. Its advanced features are greatly appreciated.

However, we found its full scan a bit random, it is difficult for us to recommend this antivirus, especially since it costs less than 40 € for a one-year package.

Dangerous Apps On Google Play: What Are The Risks, And What Are

As a dentist, staying organized and keeping your patients' appointments straight is essential. One way to do this is by using appointment reminders. There...
Read more
APPS

Avast One: Virus Protection With Firewall And VPN

Avast One is a resource-saving antivirus tool - and the basic version is available free of charge. Our test clarifies for whom the free...
Read more