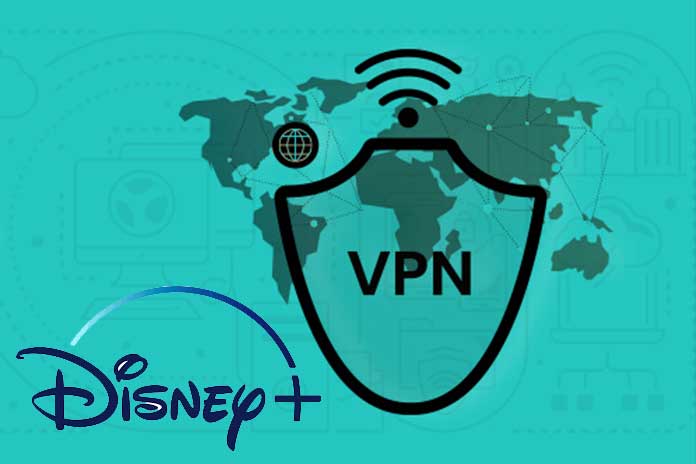 Disney Plus Hotstar is a streaming platform that has gained popularity in recent years. Like other streaming platforms, Disney Plus is geo-restricted in some countries. It is available in the US, the UK, India, Germany, Australia, Italy, Spain, France, Switzerland, New Zealand, and Ireland. However, if you live outside these countries, then accessing Disney Plus can become questionable.

But, the good news is – you can use a free VPN to watch Disney Plus, no matter your location. A VPN is a Virtual Private Network that allows users to access geo-restricted content without worrying about personal data and web security.

Unfortunately, not all VPNs support Disney Plus, this is why choosing the right and free VPN plays a crucial role in accessing such geo-restricted platforms.

Why Do You Need A VPN To Access Disney Plus?

Disney Plus is a geo-restricted platform and due to its efficient IP detection mechanism, you may need a free Disney Plus VPN.

Unless you’re using a non-restricted IP address, you will have to face restrictions as regards the number of the library you can access. So, to access Disney Plus, you need a VPN – otherwise, you’ll be restricted.

However, it becomes crucial to choose the right VPN because not all VPNs allow their users to access geo-restricted content. You need a compatible VPN to avoid all the geo-restrictions and to change your IP address.

How Does A VPN Work?

A VPN gives its users an end-to-end encrypted tunnel through which the users’ data traffic is routed. VPN is responsible to establish a safe and secure connection between the users and the internet.

A VPN hides the users’ IP address, makings it easier for users to access the geo-restricted content.

With that said, let’s discuss the best VPNs you can use in 2022 to access Disney Plus.

Top 5 Free VPNs For Disney Plus

The first on the list is Urban VPN – the best and free VPN for PC. To access Disney Plus with good speed, then look nowhere and opt for Urban VPN. It has more than 80 servers across the United States, and it is highly optimized for browsing and streaming.

What’s more? Urban VPN is easy to set up and compatible with Windows, Linux, iOS, and Android. When accessing geo-restricted content with Urban VPN, you need not worry about your data and web security – just sit back, relax, and enjoy your favorite shows and movies.

Opera is a free-to-use browser VPN that allows users to access geo-restricted content with ease. It hides your IP address and encrypts your connection while you enjoy your favorite movie.

Not only Disney Plus, but Opera VPN is also capable of unblocking Netflix, Hulu, Amazon Prime Video, and other streaming platforms. It offers top-notch security, a built-in ad blocker, and a no-logs policy. Your connection will only be protected while using the browser.

As the name suggests, Speedify allows its users to access geo-restricted content by maximizing their speed. It is free to use, and you can get 2GB of data every month – which is about an hour of HD streaming.

Speedify is an ideal VPN to access YouTube and streaming platforms, such as Disney Plus, Amazon Prime Video, etc., which are restricted in your location.

Another best and free VPN for Disney Plus is AtlasVPN. Its free version offers three server locations, including the US (New York, Los Angeles) and the Netherlands.

AtlasVPN has no bandwidth limit, and you can easily watch your favorite TV shows and movies hassle-free. It offers a kill switch feature, which will secure you from any IP or DNS leaks. The app is available for Windows, Android, iOS, and Mac.

Lastly, we have Windscribe VPN – an ideal VPN to access Disney Plus with ease. It offers 10GB monthly data if you provide them with your email address. Otherwise, you will get 2GB of data monthly.

Windscribe gives you access to 15 counties, except the streaming-specific Windflix server. However, the free US servers can allow its users to access Disney Plus.

How To Setup A VPN For Disney Plus?

While tons of VPNs are available in the market, most of them are complicated to set up. On the other hand, there are many free VPNs for Disney Plus which are easy to set up. Follow the below steps to set up a free VPN for Disney Plus:

Choosing the right VPN to access Disney Plus should be your first step. However, it’s always better to invest in a paid VPN, but using a free VPN could be your great start.

The above-mentioned VPNs are free to use and offer top-notch data and web security to their users. Additionally, these free VPNs offer higher speed so that you can enjoy your favorite movies without facing any lag.