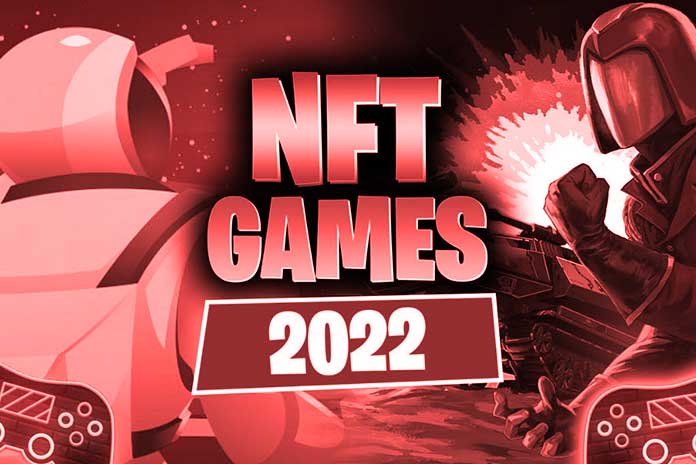 Since the inception of non-fungible tokens, many have speculated about their long term potential to change the future of gaming. An NFT game would allow players to have more control over their experience by incorporating digital assets into the game, such as skins, weapons, or even virtual plots of land.

Through the concept of a play to earn model, players of a game could be incentivized to progress through the game by unlocking exclusive digital items that carry real world value.

Today, we’re going to take a look at some of the most popular NFT games of 2022.

Axie Infinity is an NFT based game on the Ethereum blockchain, where players collect and breed digital pets, or Axies, to battle with other players. Each of these Axies are non-fungible tokens that can be bought and sold on secondary markets like OpenSea and LooksRare.

Gods Unchained is a free-to-play NFT based trading card game on the Immutable X blockchain. With a feel similar to the popular card game, Magic: The Gathering, this NFT based game allows players to buy, sell, and craft NFT cards, build their own unique decks, and battle against opponents based on their skill level.

As you level up in the game by winning against other players, you earn packs of cards. Some of these packs include NFT-based cards, which you can use in game or sell on the marketplace. Alternatively, players can fuse multiple copies of their regular cards into a single NFT-based variant by using the game’s proprietary token, $GODS.

The Sandbox is one of the most popular and active NFT games in the metaverse space today. Similar to games like Minecraft and Roblox, this voxel based game allows players to interact with and create virtual experiences, landscapes, and assets.

In The Sandbox, players can build and trade their virtual assets while exploring a vast metaverse, created in large part by its users. One of the most sought after assets in the game is LAND, which are NFT-based plots of in-game space that users can purchase, hold, and sell. In fact, a record of $8.5 million in LAND sales occurred over the month of April alone.

One of the most highly anticipated games in the NFT space of the year, Star Atlas is expected to be the first example of a AAA-grade blockchain game. Some aspects of the game are already live, including the market and in-game inventory, with the full game being expected to launch later on in the year.

Focused on space exploration and mining, players will be able to create their own custom avatars and starships in the game. Most of the in-game assets in the game will be tradeable on the Star Atlas marketplace, including some consumable items. The starships will allow their owners to take part in PvP and potentially even PvE battles to win territory and resources.