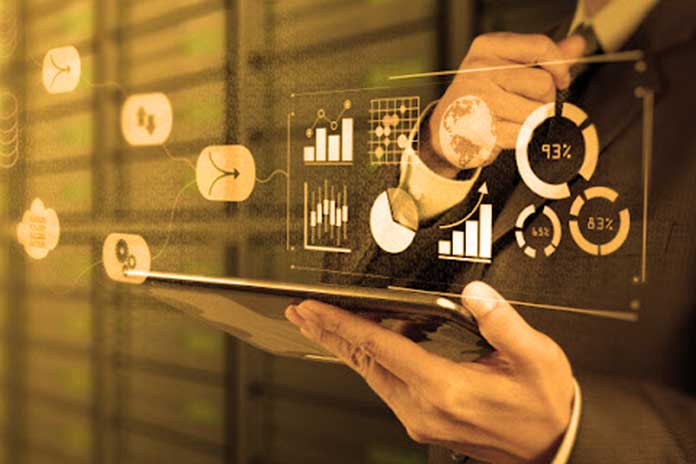 The progressive use of big data in social research must be supported by plural and interdisciplinary epistemological framework, which allows to include new data and tools within the different paradigmatic traditions, and from a unique methodological point of view in which the social researcher exploit the information potential of big data without negotiating its crucial role in the process. The social sciences often use statistical tools to argue their theses from a quantitative point of view.

However, statistics have often exploited new, massive data sources in recent years, commonly called big data. This has meant that the distance between digital technologies and social research has drastically shortened. But trying to unite these two areas involves a discussion about the nature of both. A debate often slips precipitously towards drastic and pessimistic scenarios, such as the “crisis of empirical sociology” or the fear that data scientists may soon replace sociologists, anthropologists, economists, and even psychologists.

Will The Data-Driven Approach Mean The End Of The Theory?

For some, big data is not just a powerful tool but a fundamental paradigm shift. The use of big data is considered by many to be a new form of empiricism. According to this point of view, it would be obsolete and useless for a scientist to start from a hypothesis, verify them through experiments, and finally formulate a theory; on the contrary, adopting a data-driven approach, one could begin to directly from the study of the data, leveraging their quantity, allowing the algorithms to find the theory that best describes the phenomenon in question.

This kind of process would represent a kind of Copernican counter-revolution on the scientific method. The approach is no longer the starting point but, on the contrary, the final achievement of the given analysis process. This epistemological shift reduces the importance of causality to a significant correlation, enough to formulate a theory in a big data-driven approach.

Work On Data And Not With Data

Obviously, this is only a scenario, and it is by no means certain that the paradigm shift will take place, and from a theoretical point of view, it is not even clear how to frame it. This new empiricism represents the full positivist (and post-positivist) achievement for many scientists: the realization of a project of social control and prediction made possible by the valuable amount of data available.

On the other hand, I am not confident that the advent of big data will erase, with a single stroke of the sponge, all the problems of the social sciences on the quantification of human behaviour.

Working on big data could help solve methodological problems that characterize quantitative studies, such as social desirability, the interviewer effect, or the economic sustainability of surveys. Working on big data and not with big data could therefore be a viable path. A subtle but substantial difference is that the social researcher exploits the information potential of big data without negotiating its crucial role in the process.

Sociology has undoubtedly recognized the potential of digital media and big data, adopting a perhaps too pessimistic point of view, as in critical digital sociology, sometimes adopting a too “idyllic” point of view, thinking of new digital media as the answer to all the open questions posed by traditional sociology. Both of these points of view are likely too drastic and could therefore be misleading.

What is certain is that the progressive use of big data in social research must, however, be supported by a plural and interdisciplinary epistemological framework, which allows to include new data and tools within the different paradigmatic traditions that coexist in the social sciences. To affirm this “digital epistemology”, researchers must also adopt a unique methodological point of view, trying to exploit the advantages that digital techniques entail, alongside digital methods with traditional ones, both qualitative and quantitative.

The Benefits Of Cloud Computing Services

What are Cloud Computing Services? Cloud technology is the providing of computing online services and on a payed premise, ranging from apps to data storage...
Read more
CLOUD COMPUTING

The Top 10 Segments In The Internet of Things

IoT projects are becoming more and more critical in 2021. From 1,600 real company projects, IoT Analytics has compiled a list of the top...
Read more

What Shows Up On A Background Check?

Whether you’ve applied for a new job or you want to move into a new rental at the end of the year, chances are,...
Read more

The Benefits Of Cloud Computing Services

What are Cloud Computing Services? Cloud technology is the providing of computing online services and on a payed premise, ranging from apps to data storage...
Read more

The island nation in the Persian Gulf, known worldwide for its kingdom of Bahrain, is an archipelago with an area of 665 square kilometers,...
Read more

The truth is, designing a sports website takes time and experience. Fortunately, for those creating it, some tips/tricks can make it easier and provide...
Read more
Load more