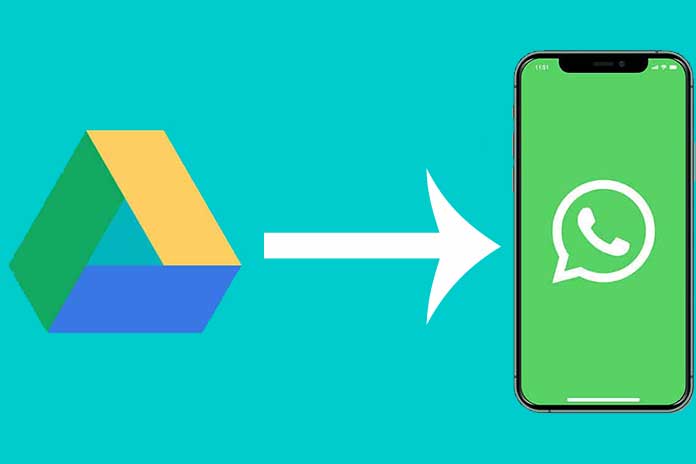 When it comes to backup copies in WhatsApp, even experienced smartphone users will at some point reach their limits. Although the chat app is straightforward to use, the application suddenly becomes cross regarding backups. In many cases, backup copies in WhatsApp are used to back up past chats and to be able to save essential conversations. This background is a complex legal dispute between the Canadian company Blackberry and Facebook before the Munich regional court. As a result, no more chats can be saved in WhatsApp – can you? Yes, with a detour via your Google Drive cloud service. We’ll tell you.

WhatsApp Backup Can Be Done Via The Cloud

To perform a WhatsApp backup on your smartphone, you have two options to choose from. Whether you are an iPhone user or prefer Android Phones, WhatsApp data can be backed up either locally on your device or via a cloud service. Concerning cloud storage, Google Drive for Android devices and iCloud for iPhones are generally used in questions. Depending on which device or operating system (Android or iOS) you are using, a different cloud service is available. In principle, however, both work relatively similarly.

In the following, we will introduce you to the option of performing a WhatsApp backup via Google Drive for Android users. Android is the most widely used operating system for smartphones worldwide, WhatsApp is the most commonly used messenger app. A data backup via Google Drive is an essential function for Android users. In this way, you save everything important to you, even without the previously popular export function.

The option of performing a WhatsApp backup via Google Drive has been available since January 2016, but not every Android user is clear on how to do this. The feature is suitable for your app. Open the application and then go to Settings> Chats and Calls> Chat Backup. Under this menu item, you have two options for WhatsApp backup. On the one hand, your chat history can be saved directly on your device, i.e., locally.

On the other hand, you can make a WhatsApp backup via Google Drive. Choose the latter option. You can now specify how often a data backup should be made. You can choose between “Never,” “Only when I type ‘Save,'” “Daily,” “Weekly,” and “Monthly.” In this way, you can decide whether and how often you want to use a WhatsApp backup. As a rule, a weekly or monthly data backup is sufficient as long as it is not about professional or highly confidential information.

Also Read: Whatsapp: How To See Who Blocked You

No WhatsApp backup without a Google account. Under Settings> Chats and calls> Chat backup, you can also specify that a data backup should only be carried out if you are connected to a WLAN network. The advantage: When backing up via WLAN, your data volume is saved. If you only have a little book or have already been used up for the current month, this option is recommended. In principle, however, it is always worthwhile to activate data backup via WLAN. After all, mobile data is a valuable asset.

Include Videos In WhatsApp Backup Or Not?

In the chat backup menu under “Inclusive videos,” you have the option to include film clips in the data backup. If you have ticked the appropriate box, all your videos created in WhatsApp will be included in the subsequent backups. There are advantages and disadvantages to backing up videos. On the one hand, you get a complete backup of your data with a WhatsApp backup, including videos. In this way, you have captured your most beautiful memories in text form and moving images.

On the other hand, no file format takes up more storage space than video data. Text and voice messages take up a fraction of the storage capacity compared to movie clips. Even high-resolution photos use far less storage space than a short video. Fortunately, there has been an agreement between Google and WhatsApp since August 2018 that data backups of the chat app are not counted towards the standard 15 GB Google Drive storage. That means: Even a large WhatsApp backup does not take away any storage space in Google Drive.

Why Exactly Is There No Longer A WhatsApp Backup?

The company does not officially reveal what is behind the WhatsApp backup function. However, it stands to reason that there is a dispute between Blackberry and Facebook, WhatsApp’s parent company. A total of nine different cases that were brought before the court involved, among other things, a Blackberry patent for sending chat histories.

Since Blackberry was right in the German court, WhatsApp users in this country will likely have to do without the popular function of archiving chat histories. The option was still visible to some users for a while, but an update finally made the feature wholly gone from the app. As a result, WhatsApp users have to do without the function for the time being, but unfortunately, it is not yet clear whether and when it will return. In other countries, however, the export function for chat histories is still standard.

Also Read: 5 Mistakes We All Make While Using WhatsApp

Have you ever thought a Facebook Group could be helpful for your business? Find out if it's right for you and your company in...
Read more
APPS

YouTube Kids is a secondary YouTube application intended exclusively for an audience of minors: let's find out how to create a channel for children.YouTube...
Read more
APPS

React Native has been a popular topic in the mobile development world for the past years. How could it not? React Native offers a...
Read more