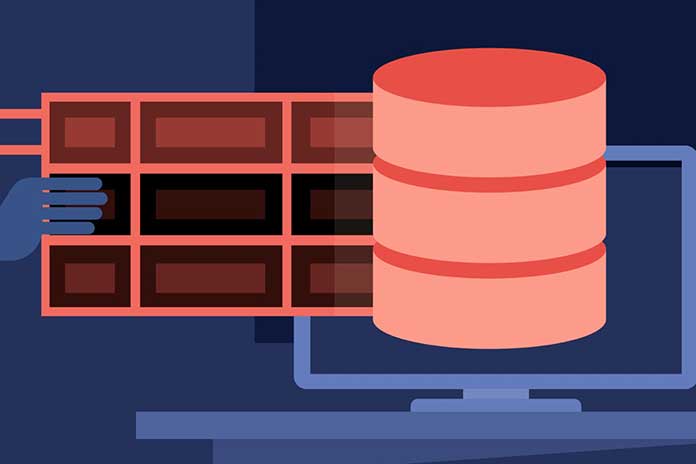 With “distributed SQL”, users operate a database over several independent nodes. As a result, they benefit from elastic scaling and high reliability. The database is always available and grows with the business.

In many cases, cloud services are internationally oriented: They are intended to offer millions of customers worldwide a good user experience. One obstacle to this is the relational database systems ( RDBMS ) that work in the background of many offers.

For example, a leading global manufacturer of Android mobile devices uses distributed SQL for applications that require extreme scalability, such as being able to authenticate every user of the cloud. Several hundred million customers use these cloud services. The databases process billions of statements every day and store several hundred petabytes. Traditional, monolithic SQL databases are overloaded with such requirements.

Conceptual approaches such as replication are not sufficient for decentralised, global organisations. With replicated databases, substantial amounts of data are moved. This often results in high latencies. Because the fundamental problem of a cloud service for the mobile phone manufacturer is the users distributed worldwide. At peak times, several million want to read and write simultaneously, and at the same time, they expect short response times.

A sensible solution is, therefore, a distributed SQL database. This is based on a relational database architecture in which several instances (“nodes”) of the database system work simultaneously and independently of one another. They can be located in one or more data centres. The system automatically distributes new and changed data and queries to these instances, ensures load balancing and synchronises the database content.

As a result, a single node does not become a bottleneck; high performance and availability are the results. The system automatically distributes queries to several nodes so that there are no bottlenecks here either. Another advantage: Distributed databases are easily scalable because any number of nodes can be added or removed as required. There are several suitable database systems on the market. But many of them are highly specialised and deviate from the SQL standard.

However, some systems offer distributed SQL – modern RDBMS with support for clusters and distributed databases. They act as a single logical SQL database, regardless of the number and geographic location of the nodes. Administrators access it like a monolithic DBMS. The same also applies to API calls made by web and mobile apps.

Database Nodes Are Independent Of Each Other

Organisations adapt quickly to a growing business or high workload volatility with distributed SQL. For example, an e-commerce company may increase the number of nodes in the run-up to Christmas to handle the expected influx of users. After this high phase, however, it is just as easy to reduce the number again to save costs.

Access to the systems of globally active financial service providers, for example, is similarly dynamic. During the day, they are distributed to different extents in individual regions of the world – depending on whether it is day or night there. On the other hand, a central database would always have a comparatively high workload and would have to have considerable reserves for peak loads.

This situation is easily overcome with distributed SQL because it allows the construction of globally distributed applications. The main factor here is regional storage. Suppose a company has about a dozen offices in the Americas, EMEA, and Asia. A form of geographic distribution could provide one powerful node for each region. In this way, there is no unnecessary latency when connecting to the database.

The overall system is designed as a so-called “shared-nothing architecture”: the individual nodes work independently. The failure of one method does not affect the others. The rest continue to process all read and write accesses as usual. As soon as the node is available again, the DBMS automatically ensures that changes to the data are synchronised on all systems. Due to this redundancy, the reliability is significantly greater than other database architectures. From the user’s point of view, the database is always available.

Distributed SQL Offers All The Advantages Of The Standard

Another Essential Advantage Of Distributed SQL: The systems offer all the crucial features of the relational model and the familiar standard database language. As a result, the introductory phase of such a system is very short. All essential functions, including the query syntax, are compatible with well-known techniques such as MariaDB, MySQL or PostgreSQL.

Specific extensions for dealing with distributed databases only require a short training period for administrators. A uniform database interface with a web interface also ensures that administrators and professional users can use their usual work routines and scripts. There is also a consistent user interface in the cloud for end-users who are less technically savvy. What’s more, DBMS for distributed SQL is easy to integrate into typical business applications.

Distributed SQL offers numerous advantages for companies with global operations. An example: Manufacturers from industrial production can roll out their support and ticketing system in their stores and use local database servers. Distributed SQL gives the manufacturer a central system that bundles queries from all branches.

The same applies to applications in the industrial Internet of Things. Sensors’ condition monitoring of machines and systems generates large amounts of data to be much more effective local data storage. The distribution of the database also creates a central data store for analyses, for example, with the help of machine learning.

This shows that distributed SQL with MariaDB Xpand is a future-proof architecture for those database applications that require better scalability and worldwide distribution – an important criterion, for example, for German B2B and B2C companies, not only from medium-sized companies, which often operate on global markets.

Also Read: Are There No Alternatives To Data Warehouses?