Even More AI On The IPhone 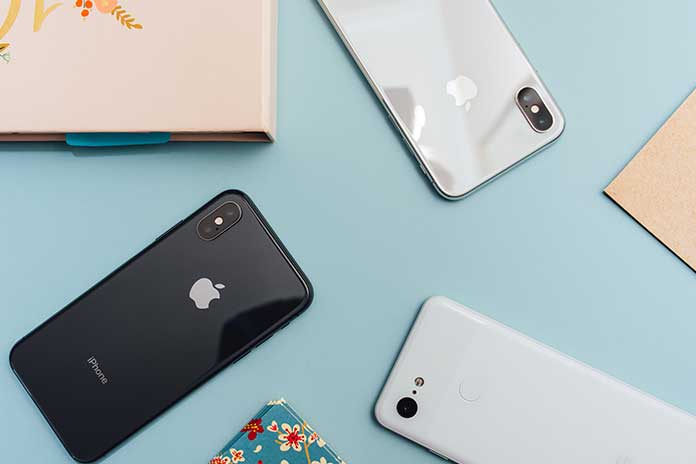 A few years ago, artificial intelligence was still a dream of the future. In the 80s, Knight Rider was one of the most popular television series – mainly because self-driving and talking cars were far from reality. Today, many manufacturers such as Tesla or VW are steadily promoting autonomous driving, and voice assistants such as Alexa and Siri have long been part of the essential equipment of smartphones and smart homes. So a lot has happened.

With a look at the iPhone, even more will happen soon. From iOS 15 on, there is Shared with You. With this feature, apps on your device will work together even better in the future by sharing their content. In this way, less information should be lost, and it should be even easier to search the iPhone for specific media. How exactly does Shared with You work, and how valuable is the function in everyday life? We’ll tell you.

This Is How The New Shared With You Function Works

Strictly speaking, Shared with You is the further logical development of the trend that we have been observing on smartphones for years: the use of artificial intelligence. While Siri suggests information by voice or menu options and the Spotlight search recommends results on the web or the iPhone, Shared with You (also part of Siri) goes one step further: Shared with You recommends content that interests us – without, that we would have looked for it before.

That sounds a bit like advertising tracking. In principle, it works in a very similar way. The source of the tips is your news app. As soon as you share or send content back and forth in the app, your iPhone will recognize and save it. Some of the content that your iPhone will remember in the future includes:

If one or more of this content is sent via iMessage, Apple registers it and sends it to the system or iOS apps. These include first of all the applications:

Shared with You recommendations will appear in these apps in the future. For this purpose, there will be a separate Shared with You area per app in the future, in which the content previously shared in iMessage will be displayed. With Apple Music, this would be songs. For example, in the photo app, you shared images via iMessage. In the future, your apps will communicate more with each other and prepare content for you. That makes using your iPhone even more convenient, according to Apple.

What Other AI Functions Does IOS 15 Have?

The next big update, iOS 15, is all about artificial intelligence. Many of Apple’s new operating system features are AI-related and bring additional functionality to your iPhone. In the following, we will introduce you to three practical features that will also be available in addition to Shared with You.

It will be possible to use Siri voice input offline in the future. So far, this was only feasible with a working WiFi connection. With the new offline function, the Internet is accordingly missing, but Siri then searches for the phone. Your iPhone will be searched locally for suitable content. This is useful, for example, when you are looking for contacts or documents on the device. This was already possible with the Spotlight search, but not with voice input.

The Spotlight search mentioned above is also being updated. On iOS 15, this works very similarly to the new Shared with You function. In other words: When displaying the search results, in addition to the usual content, other results based on your usage behavior will also appear in the future. In practice, it looks like that, for example, your last saved locations from the application Where Is? are displayed with. Links that you previously shared will also be listed in the Spotlight search from now on. Messages that you previously exchanged with your contacts are also integrated into the results.

The Photo App Is Getting Smarter

In addition to searching via Siri and Spotlight, the photo app will also become more intelligent in the future. This may seem surprising at first glance. After all, nothing is looked for here but instead looked at. On closer inspection, however, there is no reason not to use artificial intelligence here as well. By the way, you can still search with it. How exactly? On iOS 15, your photos or displayed on them will be scanned to display information based on them via Siri. This already happens to faces.

You have probably noticed that Siri asks you now and then if the person in a photo is your contact XY. Google Lens even has its app that can show you information about your surroundings. The bottom line is that this technology is already in use, and the new photo feature on iOS 15 works in the same way. If your pictures show animals, plants, or books, for example, your iPhone will automatically recognize them and provide you with additional information via Siri.

Shared With You Is Part Of On-Device Intelligence

Shared with You is part of on-device intelligence – what does that mean? The phrase “on-device intelligence” or “ODI” for short sounds a bit cumbersome. Translated, it means nothing more than “intelligence on the device.” ODI describes artificial intelligence on a particular device. In this case, it would be Siri on your iPhone. Siri not only searches for information on the Internet independently but also learns to optimize or adapt its search based on your usage behavior.

Concerning the new feature, this means: Shared with You is a function in the on-device intelligence on your iPhone and expands the previous options of Siri. By the way: If Shared with You is a size too big for you and you might even be uncomfortable with the technology, you can deactivate the feature at any time. Shared with You will therefore be available to you in the future, but only if you want to.