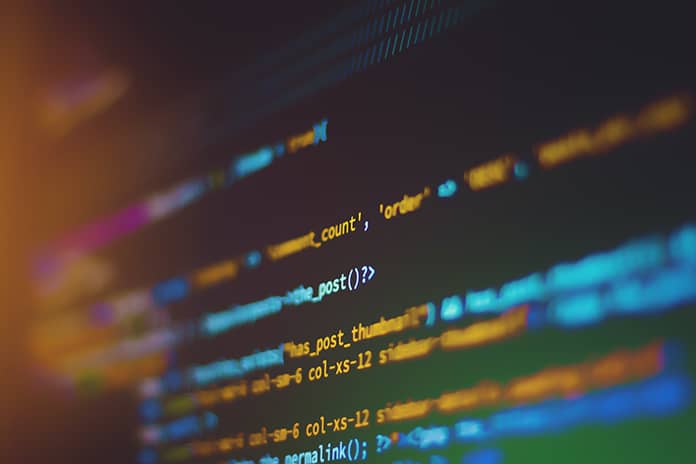 Hacker attacks are now a persistent threat of the virtual world represented by the Net. Attacks that are not conducted in a univocal way, but using increasingly insidious tools and techniques from time to time. Let’s analyze them in detail.

The virtual world, better known as the web, like the real world is subject to various threats, most of which originate from the action of so-called hackers leading to so-called hacker attacks.

The term “hacker” is generically used to indicate subjects who use their computer skills at the service of companies and institutions, for “benevolent” purposes.

we speak of an ethical hacker or white hat ) For the so-called cybercriminals, those who use the computer skills acquired to commit computer crimes (in this case we are talking about crackers or black hats

Hacker attacks are, therefore, a reality with which users and law enforcement agencies find themselves having to deal in everyday life.

The hacker develops his attacks not uniquely, but using, depending on the case and the purpose, increasingly insidious tools and techniques.

In history, both the tools and the hacking techniques have evolved considerably, making their contrast by the authorities and experts very complex. What is fundamental is understanding what a hacker attack is and what forms are most used by cybercriminals.

Also Read: 16 Hacking Abbreviations And What They Mean

Hacker Attacks: The Tools are the “new” Viruses

The first cyberattack of modern times was the Morris worm, a type of malicious software ( malware ) that replicates and spreads to other PCs.

The virus attacked ARPANET, shutting down all computer devices connected to it and infecting 4,000 and 6,000 machines.

After the spread of the TCP / IP protocol and standards, any device connected to the Internet could become the target of cyber-attacks; Obviously, all types of data within the victims of the system of attacks ( data breach ) will pay the price.

One of the greatest dangers for the security of data and information is constituted by ” backdoors “: these can be created either by the program developers themselves, in order to access the device and solve problems remotely, or they can be designed by the attacker himself to guarantee the permanence on the system in which it is introduced.

When it comes to dangers, we cannot overlook the leading causes of computer systems collapse, malware. They are malicious software created to prevent or disturb the proper functioning of a program or interfere with, steal or even destroy information.

The ability of malware to infect the computer system with a certain speed makes them one of the most dangerous attacks launched by hackers to date. This category includes trojans, spyware and ransomware.

Each of these types of malware has particular characteristics and a notable insidiousness.

The worm replicates quite quickly, copying its code and spreading it through e-mail or connected social networks. They usually come in the form of an attachment, with an invitation to the user to open it.

The danger level increases with Trojans, which take the form of malicious code hidden within the software that is only apparently benign (for example, any program downloaded from the Internet).

Thanks to this trick, Trojan-type viruses infiltrate computer systems and begin to collect information that will then be used not for sure for legitimate purposes. The trojan can monopolize a computer’s use, assuming control and directing its functions for illegal purposes and purposes.

Suppose trojans are scary because they destabilize the use of a device, to the point of possessing it completely, beyond the control of the user who owns it. In that case, spyware represents a distant threat, the effects of which are discovered, in most of the issues, in the long run.

Spyware is a program that installs itself on a device and keeps track of what is happening on it.

On a practical level there is no physical damage to the device. However, the user’s privacy is compromised, which is tracked in any activity he carries out through it. Spyware can be installed on both fixed and mobile devices and on the latest generation of mobile phones.

However, the maximum evolution in malware has been achieved through the so-called ransomware, which today represent the programs that have caused the most significant economic damage to the attacks’ victims.

Ransomware blocks desktop activities; a few seconds later, a message appears requesting the payment of a certain amount, so that the user can use his device again.

Some ransomware can encrypt files on the hard drive, making them incomprehensible or compromised at times, even after the “victim” has paid the ransom.

An example of a ransomware attack, known as Locky, concerned the Los Angeles hospital in 2016. The virus had been transmitted to the computer systems using an email, including an attachment. The price to pay for the hospital was very high: $ 17,000 in Bitcoin.

They just illustrated they represent the weapons hackers use to hit their targets; therefore, they are conveyed by cybercriminals through various highly insidious techniques.

The presence of several techniques can characterize an attack, combined. One of the most widespread hacking methods to date is undoubtedly the “Man in the middle” technique.

To understand how this attack works, imagine, by way of example, a user who connects to the network and asks, in turn, to be connected to the IP address of a particular website.

Unbeknownst to them, a third interlocutor enters the communication between these two parts, the so-called man in the middle.

The first thing a hacker does in this attack is to intercept Internet traffic before reaching its destination.

One of the most popular methods is the “spoofing” of IP addresses.

Using spoofing, hackers falsify the trustworthy source of the data they send to the computer, giving it a legitimate and original appearance.

The data is transmitted online in small packets, each with a tag that identifies it.

Hackers who use this technique replace the tag with one recognized by the target user’s computer (the same attack can, however, be launched against a smartphone or other similar device), resulting in the device ending up communicating with an imposter. Which yet has the same appearance as the source of the data.

One of the most common is the counterfeiting of Wi-Fi networks; thus, a public network is configured by hackers with names that invite the user to connect. Hackers configure the public network to simulate in all respects a typical network, previously used by the “target”.

In the presence of a network of this type, the devices can be induced to connect automatically, since they are often designed in such a way as to simplify the user’s connection (avoiding him to enter his password at each access).

Once the user connects to the Wi-Fi network, the hacker has complete visibility of his activities. MITM can also be implemented on the browser, through a trojan virus.

This infects the device, allowing the hacker to “get in the way” between the target and the transactions it performs. The result is that the hacker, once implanted, can tamper with the transactions, silently, so that the victim will not notice anything.

On the screen, the user will continue to view the usual screen he uses for transactions. Generally, the hacker enters the device through a method defined as “phishing”.

Phishing is an online scam. The “attacker” induces the target to provide him with information, critical data, passwords and so on, through a deception; for example, posing as a trustworthy entity.

The technique on which phishing is based is that of social engineering: the messages (emails, SMS, etc.) look exactly like those sent by the “simulated” supplier: for example, the site of a bank that invites the customer to enter their credentials to carry out specific operations or transactions.

Another type of hacker attacks is the so-called botnets (also called zombie armies ).

A botnet is nothing but a network of computers infected with malicious software.

The virus allows remote control of the devices on which it has been installed.

Computers are “controlled” remotely, but not by the legitimate user, but by hackers, who force them to send spam, spread viruses or launch other types of attacks; all this without the knowledge of the device owners.

The first is an attack that aims to deny a particular service, that is, to block a computer or a network, to prevent access by authorized users.

A technique used is that of “Mail bombing “: through special programs, a large amount of email is sent to the email box of the target subject, thus causing the email program to be blocked.

DDoS consists of using many computers subject to viruses (almost always a botnet) to overload computer systems, creating a sort of fake data traffic. The result is that it tends to be impossible for targets to provide IT resources.

Also Read: 6 Smart Tips To Get A Job In The Cybersecurity

Hacker attacks, in any form and by any means, represent a rapidly increasing reality and, for this reason, arouse much concern today.

The increasing skills matured by black hats, as well as, at times, the naivety of the “targets”, enchanted and deceived above all by the techniques of “social engineering”, are strengthening the system of attacks, already made insidious by the speed with which the attacks occur. Interrelationships in the virtual world.

The contrast instruments that the States are adopting against these new forms of crime, if on the one hand, they manage to contain the phenomenon, on the other hand, they are continually evolving to be able to keep up with the times, unfortunately, still today dictated by skills Some hackers.

Greater awareness and responsibility on the part of users, in order to contribute, albeit minimal to the solution of the problem, could therefore help experts and law enforcement agencies to neutralize these threats, which due to their almost total invisibility they are harmful and dangerous, capable of bringing entire systems to collapse, also in light of the possible use that particular categories of criminals, such as terrorists or members of criminal associations, developed on a large scale, could make of them.