Here Are The First Impressions Of Android 11 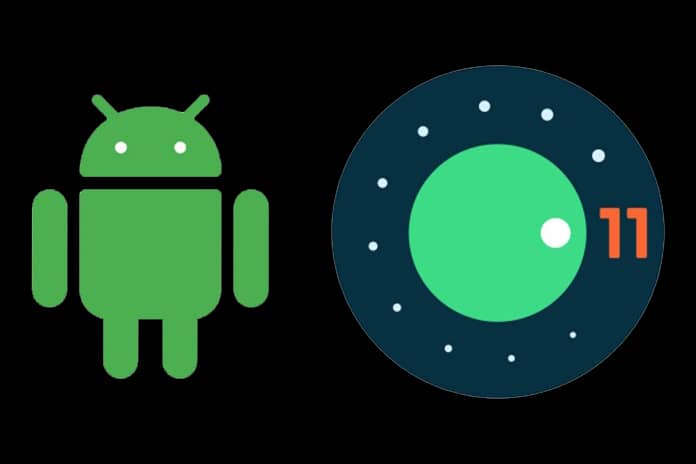 The new version of Android can now be downloaded for free on the Pixels, but perhaps you have to wait much longer for the rest. These are our favorite benefits.

Android 11 is available starting today as a downloadable beta version for Pixel 2, 3, 3a, and 4 mobiles. Google delayed its launch after postponing its online launch due to the protests that have arisen after the death of African-American George Floyd at the hands of a white cop. Your announcement should have been at the annual Google I / O event, but this was canceled by the coronavirus.

In any case, we already have a new version of Android to explore. You have to have a compatible Pixel and be connected to the correct Google account.

Google has introduced more changes than we expected but, as with Android 10, Android 11 does not completely renew the operating system. Android is now more mature and it seems that Google is betting now to present changes every year. We have already tested Android 11 to show you the best new features that will come to Pixel phones at the end of the year.

Google has also made 12 new presentations available to us from some members of the Android team to find out what’s new this year.

The big question is to know when Android 11 will arrive for other important terminals, and if they will also have all these features. Knowing for sure that you will receive these software updates is, in my opinion, the main reason to buy a Pixel. It is a pity that these mobiles are not available worldwide.

In a blog post, Google breaks down the new features of Android 11. Below we discuss the most significant changes.

Notifications are now divided into three categories: Conversations, Alert Notifications, and Silent Notifications. This is checked in the notifications panel when you drag them down and helps you prioritize them. The great change is found in conversations and how the subject of messages is approached.

As Facebook Messenger has been doing in recent years, you can put any type of conversation in a kind of floating ball, a feature that Google calls ‘Bubbles’. Now developers will have to build an API in their apps if they want this to work. Curiously, the Google Messages app itself does not support this feature, but you can with Facebook Messenger. Interesting but confusing.

We like that you can assign a contact’s notifications as a priority. Their photo will appear in the status bar to show you that a message from them is waiting for you. They also appear on the lock screen and their alerts can even jump when you use ‘Do Not Disturb’ mode.

Music and video controls are now in the notification panel. Take up space, but you may be interested. Oddly enough, in this beta version, you will have to activate the developer options and then tap on ‘Media resume’. The average user will find it difficult to find it, but we do not know if that will also be the case in the final version of Android 11.

This change would aim to avoid that the media controls take up a lot of space in the notification list as it happens in Android 10. If you have many conversations waiting, it is easy for other applications to go down the list. In any case, we prefer Google’s efforts to organize notifications compared to iOS’s chaotic and chronological list.

Android is particularly improving when it comes to asking you for permission to use your location data. When you use an app for the first time, there is a new option to allow location once, as with iOS 13. That’s fine if you need an app to access that information for a task but you don’t want it to always do it in the background. Also, if you don’t use the app for a while, these permissions will be reset. Having this option will eventually convince you not to give permission to an app so that it can access your location all the time, and that’s great.

The new, and best, accessibility feature in Android 11 is the improved Voice Access. If you download the app and activate it in the accessibility settings you can control the Pixel with your voice much more easily than before. The icons and buttons are marked with numbers and you can navigate the apps intuitively, send tweets, scroll, and much more using only your voice. (Look at the Wizard dots at the top of the screen that tell you that your voice commands are being heard.)

It is very well done. Just by saying “Spotify” on my Home screen, I could access it and control it with the numbers. It is somewhat more complicated to write and send a tweet, but hopefully Android will improve it for those with more limited motor skills.

If you press and hold the power button, you are now shown a page that you can configure with shortcuts to your smart devices from the Google Home app. That means you can control the lights or speakers from there. Below you will also find an area with your credit and boarding cards so that you can access them more easily.

The recent screen now shows three buttons (take a screenshot, share one, or select text) and you can have the Pixel app panel suggest apps to you, which sends your fixed apps on the first Home screen.

We will explore Android 11 further in the coming days and weeks, waiting for the long-overdue launch of the Pixel 4a. Under normal circumstances, the official launch of Android 11 would occur with Pixel 5 in October, but due to the delay of the Pixel 4a due to the coronavirus pandemic, the timetable is uncertain and Google could have an ace up its sleeve.

There are other more fun elements, such as the different shapes of the icons or the possibility of programming the dark mode, fixing apps in a shared panel, and other little things that we will discover. The new changes are a breath of fresh air and highlight new notifications and the new Voice Access.

But as always, it is difficult to know if or when Android 11 will arrive for your non-Pixel Android mobile. The fragmentation of your operating system is one of the big problems of Android.