How To Extend SSD Lifespan – Here Are The Tips To Follow 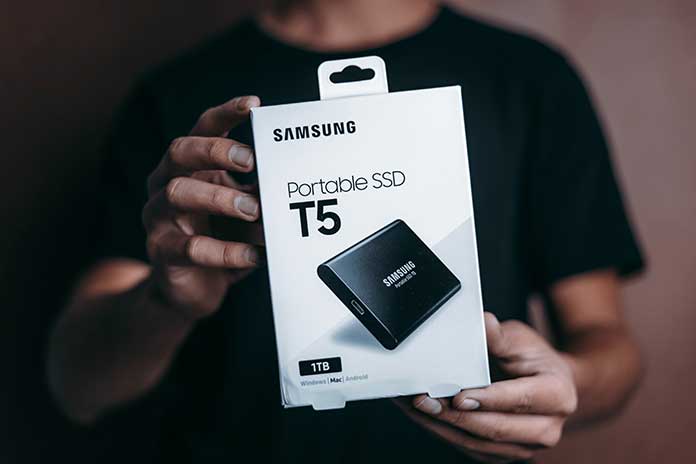 SSDs run as a system drive in almost every modern computer – and they should last as long as possible! Especially since they are not cheap either.

The myth that SSDs can break in a few weeks if used incorrectly belongs in the moth box. However, they can still be used incorrectly and thus shorten their lifespan. Here you will find everything you need to protect your SSDs and query the remaining time.

Why do SSDs break at all?

When SSDs hit the market a few years ago, there were short reports of hard drives that stopped working after just a few months. This quickly led to the myth that SSDs would have an extremely short lifespan if used improperly. And indeed: In the first few generations, some of the extremely expensive SSDs could be “broken” very quickly – if you wanted to!

Today the situation is much more relaxed; both hardware and software have developed enormously. As a normal user, you don’t have to worry. Even if you gamble a lot and sit at the computer every day, the problem no longer plays a role. But there is still: SSDs, or the flash cells used for storage, can only tolerate a certain number of write operations. Even if SSDs get by without moving parts: The hardware wears out.

For technical reasons, a lot is written internally on SSDs – and this can be optimized. But first of all, an example that shows you the dimensions we are talking about here. The SSD of the local computer is a Kingston SSDNow V300 with 480 gigabytes of storage. Manufacturers usually give guarantees in the form of “3 years or 256 terabytes TBW”. TBW means Total Bytes Written, i.e., how many bytes were written in total.

The V300 has been running for four years on a productive system used well above average, seven days a week. The guarantee has expired, but if it were up to the TBW: With 36.3 TBW to this day, it would take 24.2 years, if the usage remained the same, before the guaranteed write volume is reached.

But of course: The V300 is set up correctly and will probably run for a long time because of the following tips.

How long the SSD should run according to the TBW value can be read out quite easily or calculated a little less easily. An administration tool from the SSD manufacturer is probably already running on your computer. If not, install one from their homepage – every manufacturer offers appropriate software. In the software, you will often (unfortunately not always) get a display directly on the start page of how much has been written so far and a forecast of the remaining time.

One way that always works: Start the free tool SSD-Z and switch to the ” SMART ” tab. “. SMART stands for Self-Monitoring, Analysis, and Reporting Technology and provides values ​​for the” state of health of hard disks “(as was also the case with the old HDDs). At the bottom, you will find the value” Lifetime Writes from Host ” You have two more values: the manufacturer’s guaranteed TBW and the runtime of the SSD. The rest are little mathematical basics:

And depending on what this value looks like, you should get more or start optimizing less urgently.

By the way: This topic is very important if you have moved your Windows from an old HDD – then some settings may not be optimal!

Perhaps the most important function is the so-called TRIM command from Windows itself. TRIM ensures optimized memory management, i.e., less write access. If you have installed Windows directly on the SSD, TRIM should already be running – but checking does not harm: Call the command prompt with the command ” cmd ” in the Run dialog ( key combination [WIN] + [R] ). A “1” is output via fsutil behavior query DisableDeleteNotify if TRIM is deactivated. In that case, activate it with: fsutil behavior set DisableDeleteNotify 0 And the SSD manufacturers also often offer an optional optimization: Over ProvisioningProvisioning. Some of the SSD storage is jerked off for storage management, ensuring fewer write accesses and overall better operation. But of course, you lose some space for files. This feature can only be activated via the vendor’s software – if you do not find the function, it is not supported simply by the SSD. Samsung’s software Magician offers over ProvisioningProvisioning, for example, under ” System Management. ”

A very simple way of reducing write access: Relocate folders to other hard drives. Folders that hold files ready, such as “Downloads,” “My Pictures,” or the like, should be moved to a second HDD hard drive, if possible. The files do not benefit from the SSD speed and only take up expensive space. In library folders such as “My Documents,” this works very easily via the context menu: The associated storage location can be specified in the “Path” tab.

The profile folders of browsers are even more interesting because they are written non-stop here! For example, to use Firefox- To move the profile folder, first copy the folder to its new destination. Then you have to enter the new path in the file ” USERNAME / AppData / Roaming / Mozilla / Firefox profiles.ini. ” If everything goes well, you can delete the old profile folder.

Under Windows, programs use the standard “TMP” and “TEMP” folders for temporary files – you can also move them to another hard drive. Enter the desired paths in the dialog for the environment variables, which you can find under ” Control Panel / System / Advanced System Properties / Environment Variables / User Variables. ”

Settings You can still make a few settings in the Windows registry. If you don’t know: The registry is a huge database in which Windows stores everything, for example, the contents of context menus. However, you do not have to mess around in the database yourself; the free functions of the SSD Tweaker tool do this much easier: The tweaks are applied via the ” Start Auto Tweaks ” button on the start page, which is then applied in the ” Standard Tweaks ” tab” is enabled.

On the one hand, there are settings for the working memory and cache, and on the other, little things like saving 8.3 file names or extended time stamps. And the good thing is: If these things don’t tell you, the chances are damn good that you won’t do anything of which you will miss when the SSD Tweaker turns them off – so far you can trust the tool.

Last but not least, the control panel also has a useful setting to offer: Here, you can switch off the Windows indexing service. Searching for files is faster with index, but SSDs are fast enough. You have to weigh up yourself; you will find the setting in the context menu of the SSD in My Computer: ” Allow files on this drive … “.

But suppose all the effort is too much for you. In that case, you can confidently limit yourself to the most important things: TRIM should be activated, defragmentation deactivated, and on top of that, swapping out browser profile folders would be a smooth affair. Everything else is just small stuff.

We have taken a closer look at standard antivirus programs for you. The number of viruses, Trojans, and malware is almost incalculable. And day...
Read more
CLOUD COMPUTING