More
Home TECHNOLOGY How To Get Remote Python Developer Jobs In 2021?
TECHNOLOGY

How To Get Remote Python Developer Jobs In 2021? 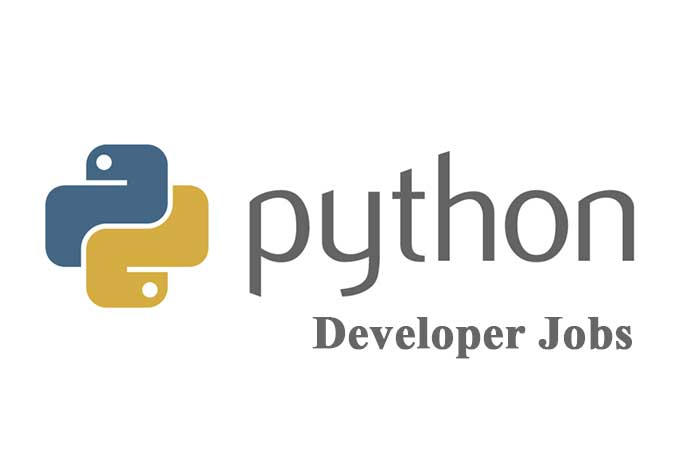 The world, as we know it, is revolving around software and web applications. These applications are built using various programming languages such as Java, Python, Kotlin and more. No wonder, programming languages have become the need of the hour in this modern world. They greatly enhance our lives by providing simple solutions to everyday problems. We can transfer funds instantly, stream content from various platforms, apply to jobs by filtering out the ones that don’t fit our profile with just a tap on the relevant mobile app. And most of these apps run on python.

With its ease of use, flexibility, and versatility, Python brought a vast change in the technical field. Given the popularity of the language, many choose this back-end language for building a lucrative career.

If you are seeking tips on how to land secure remote Python developer jobs, we have a few insights to put you on the right path. Let’s get started!

Is Python a good career choice?

Python is versatile and simple. As the dependency on the language grows, remote python developer jobs are on the surge across the world.

What does a Python developer do?

Python developers work primarily with the server-side of an application and aids in creating, designing, and deploying web applications. Python developers build, implement and debug projects using the python programming language. Python is used by software engineers, web and mobile app developers, coders, and even data scientists. These developers help the organisations with their development projects, typically on the back-end. They also help in maintaining the technological framework.

How to become a Python developer?

There is no one path to become a python developer. Whether you are a technology enthusiast or an experienced software developer, you just require a specific set of skills, most essentially, mastery over python and its frameworks. Some of the most famous python web frameworks are:

These frameworks have the ability to hold the content of both server side and client side. They also make web application development an organized process and help build highly scalable pages in less time.

Hence, it is a no-brainer to say that the easy syntax, readability, and other features give python an edge over other languages and make it the most preferred language for the programmers. Here’s a complete guide on how to become a remote python developer in three steps. This can help in applying for high-paying remote python developer jobs in USA and other countries:

Learn to code in Python:

Since Python is so easy for new coders to pick up, it’s a great first language to learn. It has the flexibility of being an ideal introductory language for anyone looking to experiment with programming, while improving their logical reasoning and problem-solving skills. And because it’s so widely used, it can be used for everything ranging from web development, software applications, and even scientific applications. It is a language any coder should have in his or her stack. But take heed: if you expect to become a Python pro, take your time and get a strong footing in the language.

Build projects to develop your skills:

One sure way to hone your Python skills is by having fun with the language and creating projects. Use frameworks like Flask or Django to create a website. Maybe even build a game using its vast libraries like Pyglet or Pygame and test it out. Hands-on experience with Python and its frameworks can add value to your portfolio.

There is a tremendous amount of content available on the internet that could boost your knowledge of python. Attend webinars and Bootcamps such as Coding Dojo, Metis, Byte Academy to brush up on your basics and upskill yourself. Then use that knowledge to build a strong portfolio to showcase your work to potential employers. A certificate could also make you stand out from the crowd.

While Python may seem like a simple language, there are many elements to take into consideration when learning it. In order to get yourself oriented with its many components, you should prioritize your learning.

Python is a free and easy-to-learn programming language. Its main characteristics are that it is high-level, dynamically typed, and interpretable. This facilitates error debugging and encourages the rapid development of application prototypes, establishing itself as the language to code in. As a python developer, it is important for you to develop a level of expertise in python.

Python provides a huge collection of frameworks and libraries. You need to be proficient in these web frameworks for becoming a remote python developer. While you need not master every framework present, a basic understanding of all would prove beneficial to adapt according to the project. Django is the standard framework that you can use to build almost any type of website. It can help you dive deeper into the world of python programming, so we highly recommend you to have a strong foundation in Django.

Every software project undergoes numerous changes during the development phase. Version Control allows you to track all changes and have complete traceability. The need to manage multiple versions of the code grows as the process becomes more complex, and Version Control comes into play here. The Version Control system allows multiple users to work on the same project at the same time, facilitating cross-team collaboration. It is extremely important in software configuration management, making it a necessary skill for a python developer.

What are the responsibilities of a Python developer?

Python is used in academic research, AI, web development, and more. As a python developer, your role can span a wide variety of responsibilities:

The best place to start your career as a python developer is Turing.

Turing.com matches highly skilled programmers with silicon valley companies according to their skillset. Turing provides lucrative remote job opportunities for professional developers. If you are looking for remote Python developer jobs in the USA, Turing is the right place for you. With Turing, you can rapidly grow in your career and earn better than the market pay in your local country.

How to apply at Turing.com?

At Turing company, you have to go through the vetting process in order to apply for the positions. The developer has to qualify the three rounds of the skill based tests i.e, seniority assessment, tech stack test and live coding challenge. Once you sail through the tests, you can start applying for remote python developer jobs. Once you get the job with Turing, you’ll never have to look for another job as they offer you to work in a full-time remote setup with long-term engagement.

Python is on its way to becoming the most sought-after programming language in multiple industries and sectors. With more and more companies seeking python developers, the demand for remote Python developer jobs has seen an upward trend. And we can’t stress enough how important it is for you to keep a tab on the trends and have hands-on experience in Python. It will help you strive in today’s competitive job market and give you an edge over other developers.

As the demand for python developers grows, the aforementioned tips and guidelines will assist you in landing the Python job of your dreams.

Veda Sree
Vedasree is a content writer who spends her time learning new things and having fun while doing it. When she is not writing, you can find her in a quiet corner with her head buried in a book!