More
Home GADGETS Optimizing RAM: How To Get The Most Out Of Your RAM
GADGETSSOFTWARETECHNOLOGY 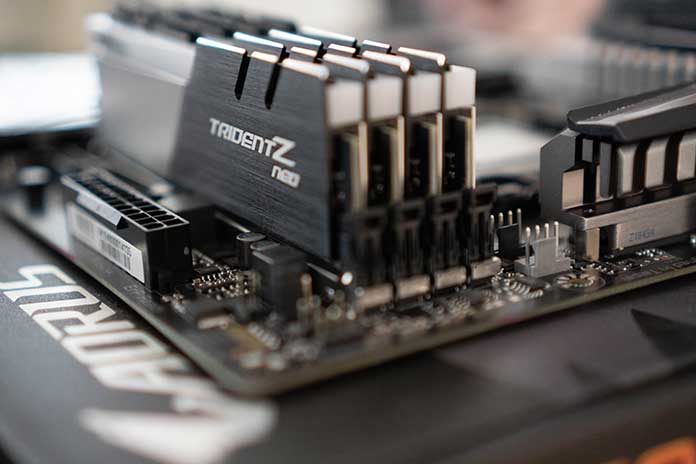 We’ll show you how to optimally manage your RAM under Windows to avoid error messages and never run out of space.

The main memory is one of the essential elements of PCs. In addition to the operating system, programs store their data in the fast memory so that the processor can access it quickly. But the more programs you open, the scarcer the resources become: At some point, the RAM (Random Access Memory) will overflow. Then the PC becomes significantly slower in one fell swoop. We will show you how to manage the main memory so that there is always enough RAM free.

RAM knowledge: This is how Windows uses RAM

Windows reports when the PC no longer has enough memory. However, even before an error message is issued, there are indications that the RAM is running low: If programs open slowly, there is a delayed or no reaction to mouse clicks, or empty windows are displayed.

You can counteract this problem by installing additional memory modules. But first, you should use Windows tools to check how scarce the RAM is.

In principle, any program can be swapped out to the RAM. However, if there is not enough storage space available, Windows temporarily moves the data to the hard disk in the so-called swap file. You can find it in the Windows directory, it is called Pagefile.sys. Temporary paging is virtual memory and is used to ensure that programs run properly.

Memory problems and corresponding Windows error messages only occur when neither enough RAM nor sufficient virtual memory is available. This is the case, for example, when you run many programs at the same time: playing a game while listening to music, downloading something via the browser, performing program updates and many other combinations.

However, this problem can also occur when applications no longer free the memory. Microsoft calls this problem memory overload or memory leak. In the following, we will explain how to free up the precious memory again.

How to debunk RAM eaters on Windows

To find out which programs are using how much memory, all you need to do is look at the Windows Task Manager. You call it up with the vital combination Ctrl-Alt-Del and then click on the corresponding entry.

Starting with Windows 8, the whole thing works a little easier by right-clicking on the start icon at the bottom left and select the Task Manager from the context menu. By the way, you can go directly to the Task Manager using the critical combination Ctrl-Shift-Esc.

Once in the Task Manager, click on the “Processes” tab. Starting with Windows 8, the Task Manager’s first time is called, the display may be less detailed, and the option may be missing. Then click on “More details” at the bottom left. With a click on “RAM,” you can sort the processes according to memory usage and determine which program eats up the most memory.

In our illustration, the RAM is 25 percent full; we use a PC with 32 GB of RAM. The Google Chrome browser is represented several times, and with several hundred megabytes, it is the absolute leader in terms of memory requirements! This is followed by the game client Origin from Electronic Arts with almost 220 MB, although the program is not currently updating or starting a game.

There is also a lot of memory for Skype and Spotify – programs that many users always run in the background. For comparison and not visible in the screenshot due to the sorting: The installed anti-virus protection Avast Free has a real-time scanner. The application executes two processes – but together they only take up around 35 MB.

So if you have the feeling that your system is reacting sluggishly, or you even get the error message about insufficient memory, then close the processes or programs that are using the most RAM. In our example, Google Chrome. In this case, right-click on the entry “Google Chrome (32 bit)” and then on “End task”. This clears the specified amount of storage space again.

Also Read: Computer Worms: What They Are And How To Stop Them

More RAM: How much RAM does your PC need?

Since the prices for RAM modules continue to fall and are quite easy to install, it is a sensible solution to upgrade your RAM if you have memory problems. And in principle, that is also correct because the capacity of the main memory primarily determines the amount of data to be swapped out – the larger the data, the more data can be buffered. But before you go to the happy RAM shopping, you should first determine how much RAM you need.

However, this is no longer a problem with 64-bit Windows. To find out which architecture your Windows is using, press the Windows Pause / Break key combination. In the “System” window that is now open, the bit version is under “System type.”

Upgrading RAM: How to expand your RAM

But not only the operating system can thwart the RAM upgrade, but also the processor. Especially with cheap netbooks, there is often no support beyond 4 GB. These include, for example, many processors from the Intel Atom series, such as the Cedarview generation (Atom-N and D-2000 models) from 2011, which support a maximum of 4 GB of RAM. The successors to the Z series from 2013 can only handle one to two gigabytes of RAM. But cheaper desktop processors such as the Intel Celeron N2920 can work with a maximum of 8 GB of RAM.

You should therefore check in advance whether support is available. You can find information on this either in the relevant manuals or on the manufacturer’s website. Ark. Such a database does not (yet) exist for AMD chips, which is why more research is necessary here. However, online shops are also an excellent place to start; they list the relevant information in the technical data.

If you have installed RAM supported by your motherboard, the computer should recognize it immediately without further input and use the total capacity. The only exception here is if the chipset is not designed for this amount of memory. But this is only a problem for older Windows tablets or ancient notebooks whose chipsets can handle a maximum of 2 or 4 GB. With reasonably current systems, the maximum RAM capacity is 32 GB.

The more decisive question is whether the new memory stick can also work at its highest speed. This can be prevented, for example, by the mixed operation of modules with different work cycles: Here, the entire main memory works with the speeds (cycle frequencies and timings) of the slowest module. Otherwise, memory bars with different clock rates and from other manufacturers can be operated side by side without any problems, as long as they are of the same DDR standard and form factor.

If you have used memory modules that all work with the exact timing, you can check in the BIOS setup whether the computer is using the best possible settings for the RAM. There are special memories, especially for overclockers and gamers, that do not meet the RAM standards set by the JEDEC standardization committee because they use lower timings or faster clock rates. Here you usually have to specify the best settings manually in the BIOS setup.