How Will AI Change The Current Way We Play Video Games? 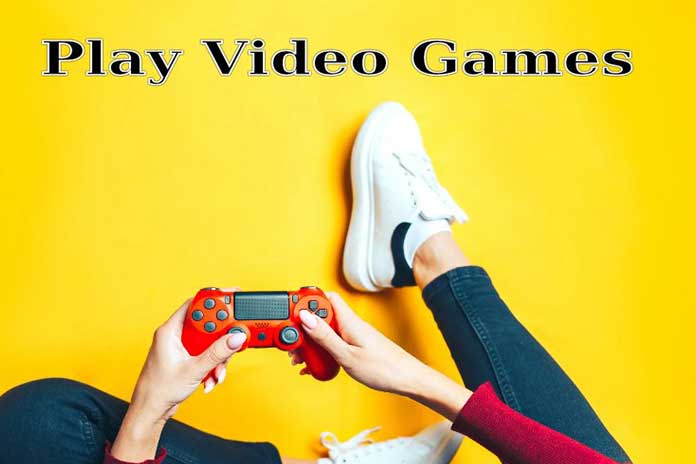 Video games have been around for a few decades, but the technology used to run them has grown in leaps and bounds. Virtual games have enjoyed strong patronage from the early days of playing on arcade-style gaming machines and hand-held consoles to the recent diversification into IoT devices and online gaming.

Nowadays, a gamer can connect, socialize and play with a fellow gaming enthusiast on the opposite side of the world over the internet. However, there is a distinct difference between online gaming and online gambling, though both rely on the internet.

In online gaming, gamers play their favorite games against fellow players over the internet. In contrast, online gambling involves using online sites or even mobile apps to make wagers against sports outcomes, playing video slots, online poker, roulette, and other games of chance.

How will AI change the way we play video games in the future?

Artificial Intelligence (AI) can be defined as the technology that allows computers to simulate human behavior or intelligence and creativity. AI is no stranger in the video game world as it makes the player experience more immersive and realistic.

Perhaps the most blatant use of AI is in NPCs (Non-Player Character) who engage the gamer and assist them on their quest or give pertinent information. NPCs have traditionally been restricted to patrolling specific areas in a game and only become active when the player enters this area. They then engage the player, usually with pre-recorded actions and phrases.

However, many video game developers are looking to reboot the capabilities of NPCs. Currently, developers use decision trees and finite state machines to dictate the behaviors of NPCs to ensure predictability in behavior.

However, they are looking to incorporate machine learning in the future. Machine learning involves algorithms that accept incoming data in real-time, process it, and decide on the fly, giving the NPC flexibility and spontaneity. However, it is time-consuming and expensive though this might not be the case in the future with refinements in technology.

Video game developers are testing NLP (Natural Language Processing), a form of AI that simulates written or spoken human communication. NLP will allow AI in games to have more engaging conversations with the gamer than just spewing lines pre-recorded by actors.

In addition, developers are planning to make the player experience as realistic as possible. For example, imagine interacting with an NPC, getting into a disagreement, and noting that the NPC is angry with you during later interactions. Such situations sound incredible, but there is no limit to the detail and imagination of similar scenarios with AI.

Another frontier of AI in video games is having NPCs notice your actions, clothing, or behavior and acknowledging it. For example, if you play the game and make a unique move, The NPCs will learn that move and replicate it. After all, “imitation is the sincerest form of flattery.” In the context of online casinos, more and more platforms are using such elements to provide a personalized experience. It can include dealings with virtual dealers or a casino table with a pinch of augmented reality.

Currently, a lot of expensive and time-consuming motion capture techniques are employed in video game animation. Still, developers are working on technology that uses deep learning to allow realistic motion and face likeness to be captured from video. So true–to–life signature moves from athletes and other celebrities are more easily incorporated into video games.

With this technology, users can also create avatars that look like them using the camera and capture facial expressions and gestures in these futuristic video games. NLP could also be beneficial for players with disabilities. For instance, features like getting a text from speech and increasing their comprehension of the game or the real world can help.

AI will undoubtedly alter the video game landscape entirely as technology advances. Advancements in AI could only be good news to gaming enthusiasts.

The internet has made the world a global village, but many countries have tried to regulate it to conform to their local laws and regulations. In India, gambling has encountered government opposition both at the federal and at the individual state level. But, that is not the case with online gambling and sportsbooks, which users can access easily.

Indian law separates games of skill and games of chance. Games of chance are those that you can play without any prior knowledge/understanding or random games in short. Examples include dice games and pick a number. These games are considered illegal in India. However, games that require a modicum of skill, be it memorization, strategy, or critical thinking, are allowed in most states.

It is best to gamble online if you only visit legal casinos that have met all requirements and been verified as fair. The most authoritative sites for online gambling include trustworthy sites like Askgamblers.com.

It guides you to the best games and encourages responsible gambling. The site offers information on how to gamble online with valuable tips and tricks. They also have a live chat feature to keep you informed and engaged.

It is also probably the only site with an avenue for you to lodge complaints against casinos. They will issue you a ticket and keep you apprised every step of the way. You may even get a refund if the dispute is ruled in your favor.

Trustworthy sites like AskGamblers are also the source for casino reviews conducted by experts, and they have direct links to visit the recommended casinos. You also get deals and bonuses from casinos through the site, along with the latest news and information about the online casino industry.

Each previous generation of cellular technology has enabled new types of applications that have enriched and changed our lives. The new generation of mobile...
Read more
TECHNOLOGY

According to the United Nations Habitat, "by 2030, three billion people will need improved housing." Given that governments around the world are focused on...
Read more
TECHNOLOGY

Each previous generation of cellular technology has enabled new types of applications that have enriched and changed our lives. The new generation of mobile...
Read more

According to the United Nations Habitat, "by 2030, three billion people will need improved housing." Given that governments around the world are focused on...
Read more

This social network is already part of the digital marketing strategies of many brands and represents the perfect space to attract potential customers and...
Read more

It's always pertinent to have a strong backing or support structure for your business, especially a startup. Your impressions towards service provision with your...
Read more

More than half of the world's population is now active on social media to stay in touch and share content and get information. So...
Read more
Load more