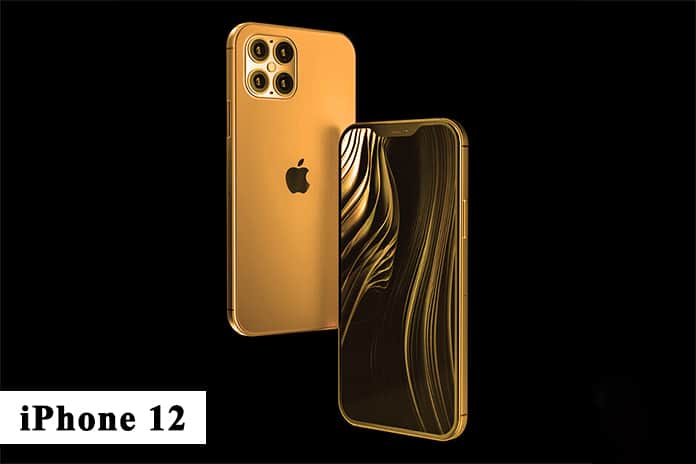 Apple introduced a new generation of smartphones in September, but we won’t judge you if you’re already thinking about the next one. This is all we know about the price, launch, and benefits of the iPhone 12 that will arrive in 2020.

The world of smartphones moves very fast. The iPhone 11, iPhone 11 Pro, and iPhone 11 Pro Max was announced recently, in September 2019, and they are still excellent mobiles, but we are already thinking about the next generation.

Thus, in this article, we speculate on the new iPhone 12, whose launch date is expected to be in 2020, and that comes with 5G connectivity. We have collected the most interesting rumors about its release, price, design, and features.

One of the latest rumors says that Apple would be thinking of including a fingerprint sensor on the screen of the iPhone 12, thus returning to the Touch ID. Rest assured that this would not mean the final goodbye to Face ID.

Launch: When Will The iPhone 12 Be Released?

Considering how things have unfolded in recent years, the new generation of iPhones is almost certain to arrive in the fall of 2020, most likely in September. This has almost always been the case in recent years.

In fact, in addition to the first four generations, the only exception occurred in March 2016 with the presentation of the iPhone SE. In fact, it was the same as the iPhone SE (2020).

That means we shouldn’t expect Apple to make any mention of it during the upcoming WWDC 2020 keynote. Of course, we will see all the news of iOS 14.

Apple always launches a new iPhone in September, but the time between the announcement and the arrival of the mobile in stores can vary. If there is a production problem, this can last until October.

Several analysts predict that the coronavirus outbreak that originated in Wuhan, China, in late 2019 and has spread around the world will have an impact on Apple’s plans.

Much of the company’s production is done in Asia and it has already been affected by the initial closings and confinements. Ming-Chi Kuo already said in his day that this could affect the iPhone SE 2, the iPad Pro and the new MacBooks.

Now that cases are increasing in the United States as well, and the fact that Apple’s headquarters are located in one of the most affected areas of the country would also take its toll.

How all this will affect the launch of the iPhone 12 is a mystery, but there are already sources that assure that Apple would be debating whether to delay it a few months (even 2021).

To these rumors, more recent ones have been added that assure that this delay would only be one month. This would be due to the fact that the manufacturing of iPhones has been interrupted due to the coronavirus crisis and this would also affect its mass production.

Price: How Much Will The iPhone 12 Cost?

On April 30, Jon Prosser published on his Twitter profile a price list of the new models that, taking into account Prosser’s great streak in his latest predictions, we could very well consider them good.

If confirmed, Apple would be willing to keep the price of the iPhone 11 Pro and iPhone 11 Pro Max with the new iPhone 12 Pro and 12 Pro Max, and that would have a larger screen and 5G compatibility.

With the exception of the new module with the double or triple-lens of the rear camera, the iPhone 11 and iPhone 11 Pro did not present too many differences aesthetically speaking with previous models: the notch and the screen were preserved with practically no bezel.

The last time the iPhone was completely redesigned was when going from iPhone 8 to iPhone X and we thought that with the iPhone 12 it could come too. Thus, we suspect that there will be significant changes in the design of the next generation of Apple smartphones.

For example, the iPhone 12 could feature a design without a notch. In recent years, the notch has practically become an icon of iPhone design and we think that if Apple decides to apply any changes to it, it will be to get rid of it completely.

The notch includes several important sensors, such as those of the Face ID. Removing it would involve rethinking where to put them. Apple will have to design a technology that allows them to be included on the screen without increasing the price too much.

In mid-November, PhoneArena published conceptual illustrations showing the new iPhone 12 with four lenses in the rear camera. Although this may seem unlikely, it is true that they fit perfectly with the flash in the center.

Swedish graphic designer Max Rudberg has created the following conceptual illustration. The 5.4 inches come from a device about the size of the iPhone SE and iPhone 8 and has calculated the surface that the screen would occupy taking into account the notch.

To this must be added the latest information from EverythingApplePro, according to which the iPhone 12 Pro will have a screen of up to 120 Hz with ProMotion technology. It would be the same panel that we have already seen in the new iPad Pros.

This is a rumor we’ve heard before, but 2020 could be the year Apple finally decides to replace the Lightning port with a USB C port, as it did in 2018 with the latest iPad Pro models.

We personally think that this will not happen, since the reason it was done with the iPad Pro was that this could offer faster data transfers to and from a camera, essential for many creatives

The iPhone 11 Pro and Pro Max are available in silver, olive, space gray, and night green, while the iPhone 11 can be purchased in white, black, green, yellow, lilac, and red. It is, therefore, a very wide offer, but what will the generation of 2020 be like?

IPhone 12 will most likely follow the line of iPhone 11, but perhaps the hue of the more popular colors will change a bit. With the iPhone 11, Apple changed some colors and removed 2018 blue and coral and replaced them with lilac and green.

As for the iPhone 12 Pro models, we are pretty sure that Apple will surprise us with a new option in navy blue. This has been stated by Max Weinbach, who believes that this will replace the green night of 2019.

Specifications: What Features Will The iPhone 12 Offer?

Every new smartphone needs a premium feature with which to justify its launch. In 2019, the new iPhone introduced new cameras (triple and night mode). In 2020, we think it will be 5G compatibility.

Although many will celebrate the possible arrival of the iPhone 5G, many others will think that it arrives a little late, especially considering that other manufacturers of Android smartphones already have their compatible models.

Apple had to delay it because of problems with Qualcomm, the company that had to manufacture the modems that would make it possible. Apple tried its luck with Intel, but in the end, everything indicates that it will have to find other partners or make it’s own.

Ahead of the September 2019 event, Bloomberg reported on the impending arrival of an iPhone with a much more powerful 3D camera. Although this was not confirmed in September, it now seems more possible than ever.

Today’s iPhones already include 3D cameras, which are used for Face ID facial recognition. But the 2020 version could work even at distances of 4.5 meters and not about 25-50 cm like now. Furthermore, it could also scan environments and not just faces.

Okay, said like that doesn’t seem like a novelty. But to reintroduce this old feature that is no longer offered on newer iPhones, Apple will have to reinvent itself and create technology that allows the sensor to be embedded on the screen.

It is a rumor that has been circulating for a long time, but until now it could not be done without the price of the terminal rising considerably. It seems that in 2020 Apple would have found a way to do it at a reasonable price.

In fact, this is stated by the Economic Daily News portal, which believes that Apple will be able to include a fingerprint sensor in its 2020 terminals using the same Qualcomm ultrasonic technology that we have seen on Samsung mobiles.

It’s a bit early to accurately predict the full spec list for the iPhone 12, but given all the rumors outlined above, there are certain aspects that we’re more or less sure of.