Is Artificial Intelligence The Newest Producer In The Music Industry? 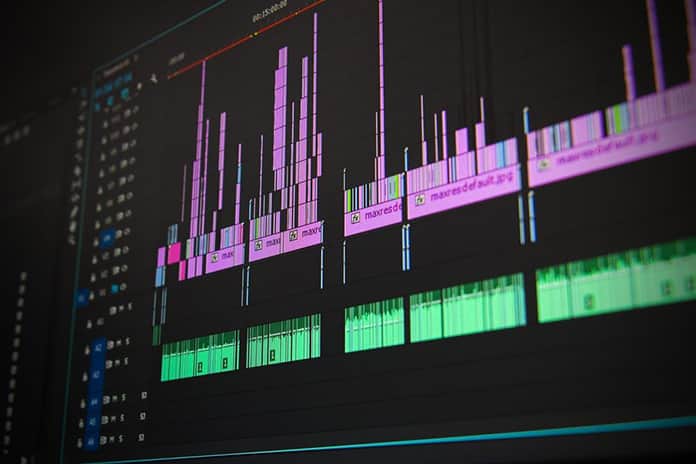 Gone are the days of writer’s block. Nowadays, every songwriter we know has a game-changing tool at their disposal – AI or Artificial Intelligence.

Many now see Artificial Intelligence as a partner in music-making and levelling the playing field – allowing each and every artist to experiment with music in ways that would have required working with an army of musical and technical collaborators as well as considerable budgets in the past.

Life-long musicians, as well as students of music, always took pride in the traditional “10 000 hours” necessary to master a craft, thus creating a specific entry bar for soon-to-be musicians.

At the same time, they probably consumed an equal amount of time struggling with expensive studios, buggy software, and collaborating with a bunch of mixed musicians (some talented- some not so).

A collaborative AI music companion has its appeals, but is using AI to produce music really cheating?

There’s nothing new about it. Businesses are being reshaped by technology, while those in the music industry are no exception. According to a report, 70% of organisations will have implemented at least one AI technology by 2030. The promise of AI remains –to harmonise and augment our human capabilities. As we make better choices and become more efficient and effective thanks to the support and insights AI offers, it can lead to innovation and growth. As a result of AI implication in our cognitive power, the creative process will likely change.

Scott Cohen, one thought leader in the music industry, explains that there are nearly 20,000 new tracks available on streaming services like Spotify every day, and AI is vital for helping sort through the options and delivering recommendations based on listeners’ taste.

Cohen also believes that AI made the “music genre” unconditional as AI-generated playlists are not made based on genre, rather on what is considered to be good music.

From Creation To Mastery

Back in the 50’s Alan Turing was the first computer to record computer-generated music using a machine that occupied almost an entire floor. Music composition either by AI or using AI persists today. AI is now analysing different compositions before it creates a musical piece. Through incessant learning, AI learns what patterns and characteristics generate music that is entertaining or that mimics certain genres. Not only that, but it can easily compose innovative musical numbers through unique combinations.

But what about people in the industry? Professionals and musicians in the music industry will need to develop tech skills in order to manage the power of AI tools that will help them do their jobs twice better.

In terms of mastering, the listening experience is now optimised for any device. Mastering services based on AI are now a more reasonably priced alternative to human-based mastering solutions, and more than 2 million musicians have used it to master over 10 million musical pieces.

Though there is still a creative flow involved in the process of mastering, and some still rely on human ears to do this task, AI makes mastering accessible for musicians who wouldn’t be able to do it otherwise.

A good song comes from the combination of one’s creative flow and other’s technical know-how.

You would be surprised how much it actually takes to transform a plain and lifeless recording into what you hear on streaming services like MelodyLoops or radio. The process of mastering can be a long and tiring one. For many up and soon-to-be-famous musicians, everything associated with auditory processing is the biggest obstruction on their way to releasing a track, as professional mastering and mixing services typically cost more than they can offer.

If music creation resumes to mechanical processes, then what is the artist’s role now?

Take ALYSIA, a program founded by computer scientists/musicians. The mission is to democratise the songwriting process via AI, empowering anyone who wants to write a musical piece.

Such programs allow those who have never previously written songs to come up with original pieces in a matter of minutes. Maya Ackerman, co-creator of ALYSIA, says the process is pretty straightforward. It starts with the user choosing an instrumental backing track and entering a theme that the lyrics should discuss. The AI-generated lyrics come one at a time so the user can choose from and patch together the lyrics.

Almost daily someone releases an album composed and produced only with AI.

The key benefit of working with AI is that you can have control over the creative process and at the same time, be able to see something shifting from inception to competition. Even without a musical background, musicians have now the ability to come musical pieces on their own and in their own time which is incredibly empowering.

Should artists feel threatened by the advance of collaborative AI musicians? It was legendary jazz musician Miles Davis who believed it’s not how many notes you choose to play, but rather those you choose not to play that renders a great performance. In terms of creation, you can have all the AI and data-powered tools within your reach but choosing what not to do might just be the new entry-bar for future musicians. And, as it seems, these new tools have already opened tremendous creative opportunities for music that won’t replace musicians but will rather empower them.