More
Home GADGETS Is It Worth The Upgrade? iPhone 12 Versus iPhone 11
GADGETS

Is It Worth The Upgrade? iPhone 12 Versus iPhone 11 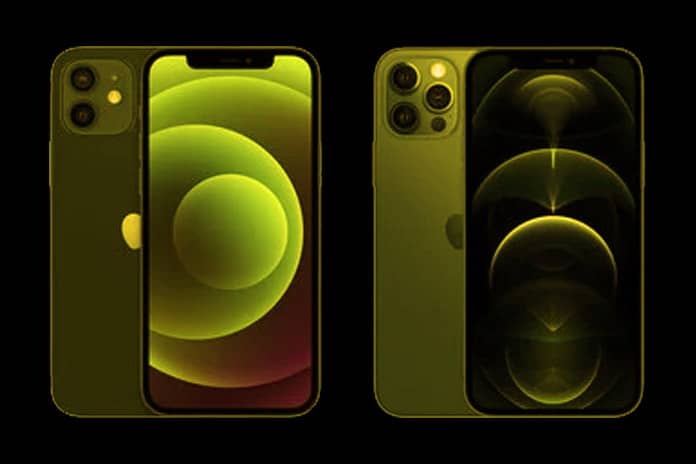 Apple’s iPhone 12 series brings some improvements – but is it worth upgrading from an iPhone 11 series? We have compared both generations and make a recommendation. In the video, you can see the new top iPhone 12 Pro being tested.

This year there are four new iPhone 12 models. Many Apple fans are particularly pleased with the new iPhone 12 Mini: a slightly smaller and handier version. But the standard and Pro models of the iPhone 12 lineup are also powerful smartphones.

With the iPhone 12 and the iPhone 12 Pro, the first new iPhones have already passed our test course. With very good results: Both smartphones are not perfect, in some scenarios they even do worse than their predecessors. But they also offer improvements. We’ll tell you whether it’s worth upgrading from an iPhone 11 or 11 Pro.

Improved Performance That You Hardly Notice

The new A14 Bionic processor from Apple works in all four new iPhone models. Apple promises a performance increase of up to 25 per cent with lower energy consumption than before. The new design of the chip should make this possible because Apple uses the very modern 5-nanometer process.

And indeed: In combination with the significantly higher clock rate, the iPhone 12 and iPhone 12 Pro achieve benchmark values ​​that are again significantly above those of their predecessors. And that although the iPhone 11 was already the fastest smartphone on the market by the time its successor was released.

Despite the impressive benchmark values, you will hardly notice the increased performance in everyday use. Especially since the slightly higher display resolution demands a bit more from the processor. When chatting on WhatsApp, surfing the Internet or streaming on Netflix, you won’t experience any differences.

The batteries in the iPhone 12 and iPhone 12 Pro are of the same size: they have a capacity of just 2,800 mAh and are therefore not only not an upgrade, but even a downgrade to the more than 3,000 mAh batteries of the previous models. It is therefore not very surprising that the runtimes of the new iPhones in our test are a little shorter. The regular iPhone 12 is particularly affected, where over an hour is lost compared to the iPhone 11.

That is no reason to worry, because thanks to the more efficient construction and operation of the processor, both models can still last a long time: namely around 12 hours of continuous use. That should get you through the day without any problems. Nevertheless, the new generation does not bring any improvement here, which is why an upgrade is not worthwhile from this point of view either. In addition, you have to do without a power supply in the scope of delivery of the iPhone 12 (Pro).

The new MagSafe technology has proven to be advantageous for wireless charging. These are magnets positioned in a ring on the back of the iPhones, which keep compatible wireless chargers in the optimal position. If you frequently charge your phone wirelessly, this feature could be useful for you.

Also Read: How To Transfer Photos From iPhone To PC

Improved Display – But One Important Feature Is Missing

The display brings with it major innovations that are noticeable in everyday use. The iPhone 12 Pro has narrower display bezels and a larger display-diagonal. The panel has now grown from 5.8 inches (iPhone 11 Pro) to 6.1 inches without the case becoming significantly larger. In terms of brightness, colour reproduction and the like, nothing has changed.

Unfortunately, this also applies to the refresh rate, which does not exceed 60 Hertz on the iPhone 12 Pro either – the predecessor and the competition can do that better.

The iPhone 12 screen takes a bigger step forward: where Apple previously relied on IPS technology, an OLED panel is now used. Ultimately, that means above all: deeper black levels. Apple has also increased the resolution: a pixel density of previously 325 PPI (pixels per inch) is now very sharp 459 PPI on the iPhone 12 – exactly like the Pro model.

On the front, the iPhone 12 and iPhone 12 Pro are indistinguishable from each other. Even the sRGB and DCI-P3 colour space display are more or less identical. The differences to the more expensive model can only be determined by the contrast value and the maximum brightness.

The Camera Brings Improvements – But The Image Quality Remains The Same

The basic camera structure of the new models has not changed compared to its predecessor: the iPhone 12 has two lenses, the iPhone 12 Pro three. The aperture of both main cameras is slightly larger so that more light hits the image sensor, which should ensure better quality, especially in poor light. The ultra-wide-angle cameras and the double telephoto lens of the Pro model have remained the same.

In our test, we see the photos of both generations at eye level with slight advantages for the predecessors.

The iPhone 12 Pro offers the biggest innovation: a LiDAR scanner. With the help of laser beams, the iPhone calculates how far away objects are. This is particularly helpful in apps that incorporate artificial objects into the picture in real-time (AR, augmented reality).

In terms of software, Apple is also introducing an innovation with the iPhone 12 generation, which is particularly advantageous in post-processing: With “Apple Pro Raw”, all iPhone 12 models create RAW files with a lot of image information that is important to a processing program afterwards Deliver data. This makes the professional post-processing of image files on the phone easier.

More and more manufacturers are making their mobile phones 5G-compatible, i.e. they are ready for use in the new high-speed network. Apple is also jumping on this bandwagon and equipping all of its new iPhone 12 models with 5G antennas. In our neighbouring country Switzerland, for example, this could be a relevant point for a purchase decision, since the 5G network is already more or less extensive there.

In this country, there is even greater development potential. Nevertheless, the iPhone 12 (Pro) is better equipped for the future in this regard.

It Is Important To Know Before Upgrading

While the display of the iPhone 12 makes a big leap over its predecessor, the 12 Pro can score points over the older model in terms of camera equipment. However, we would like to mention two further points:

The design brings back fond memories of the iPhone 5 and could just inspire die-hard Apple fans. Also worth mentioning is the new “Ceramic Shield” glass, which Apple claims is four times more stable.

Nevertheless, an upgrade should not be worthwhile for many iPhone 11 (Pro) users. Because the shorter battery life in both cases and the not noticeably better performance in everyday life speak against an upgrade. The photo quality is also essentially unchanged. You will also receive many years of software support for the iPhone 11 (Pro).