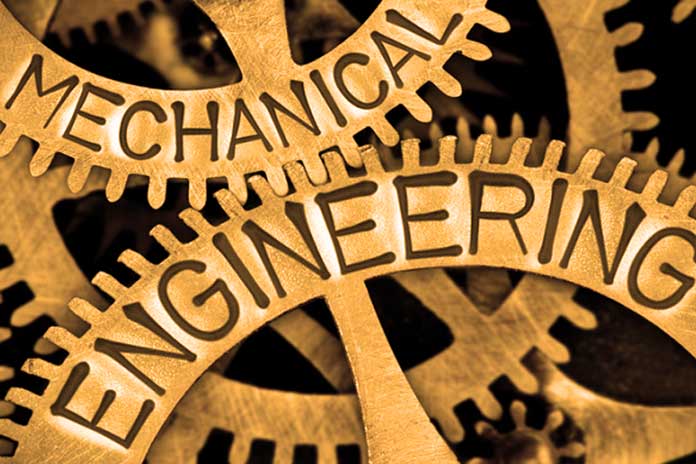 Scenario analyzes have the advantage that they allow a look at various alternatives in the future. The current Deloitte study “Mechanical Engineering 2030” shows four realistic scenarios for which the industry should be prepared.

Mechanical engineering 2030 – this is the name of the new study by Deloitte. The company is mainly known for auditing and tax advice but is increasingly concerned with risk analyzes and future scenarios. The most important news first: According to the study, engineering know-how from Germany, Austria, and Switzerland, the so-called DACH region, is still in demand worldwide. And that also applies if technology companies dominate the business or if competitors from China have advanced to become technology leaders in the region. At first glance, it sounds like a relaxed lean back. But the experts at Deloitte see it differently. They forecast major challenges for the industry that need to be mastered.

The scenarios are thought models that are quite realistic from today’s perspective and could occur by 2030. By then, they have defined the following measures, which are useful in almost every case and can therefore already be tackled by mechanical engineering:

For the study, the experts made two basic assumptions—the first deals with the trend towards increasingly complex packages of machines, services, and software. As a result, they see a mechanical engineering company increasingly working in one or more ecosystems. Several partners are involved, with the one in the lead contributing the decisive steps in creating value.

Mechanical Engineering Relies On F And E Even In Difficult Times

The second basic assumption focuses on digitization. It offers the possibility of building machines in a more flexible and modular way with a core of adaptable software. They would become the new “standard machines” and therefore replace the “special machines” that were developed individually for the customer and his needs and that have shaped the industry’s success in recent decades. The Deloitte experts call it “specialization versus standardization.” This resulted in four realistic scenarios for mechanical engineering in 2030.

The starting point is the success of the machine builders in the DACH region with the tried and tested means. Accordingly, highly specialized machines are still the solution. At the same time, the DACH machine builders retain the lead within their ecosystems. In it, they continuously develop further innovations that consolidate and further develop their position. Customer proximity and knowledge remain the most important success factors. At the same time, some developments cast doubts about the leading role played by the DACH machine builders. These include Strong competition in standard machines through further development of artificial intelligence and robotics. Technology companies that can invest a lot of money in such products also strive for a leading position in the market.

Scenario 2 For Mechanical Engineering 2030: Success At The Price Of Transformation

Standard machines establish themselves on the market. Mechanical engineers in the DACH region provide the technology used in it and most of the software. The experts see the vision of “Industry 4.0” as a reality. The result: The machine builders are the undisputed market leaders in automated production and thus also dominate the added value in their ecosystems. On the other hand, the once important competitive advantage, “customer knowledge,” takes a back seat, while error-free processes take their place. Customers benefit from standardized and modular machines that enable efficient and flexible production at the same time. This leads to a boom in DACH mechanical engineering and throughout Europe.

Should this scenario occur, the technology corporations take over the market power—the reason: their vision for the industrial Internet of Things. You have extensive knowledge of the exclusive machine and customer data. In doing so, they set software standards and optimize automated production processes, in which mainly inexpensive standard machines are the means of choice. After all, they enable higher added value, which comes primarily from their software. Mechanical engineering is changing towards a technology supplier in this model and is also competing with the Asian competition. They lack customer contact, which also weakens the innovative strength of mechanical engineering.

Scenario 4 For Mechanical Engineering 2030: Placed By The Ecosystem

What would it look like if the machine software added more value than the machine itself? This is what the fourth scenario in the Deloitte study deals with. The special devices would then come from mechanical engineering, but the software platform would also come from large software providers. In addition, other players have now been added: B2B platform providers often control access to customers, own machine data, and write customer-specific software. This reduces the added value on the part of the machine builder, which at the same time significantly weakens their position. Services that have established themselves in the market – for example, “Equipment as a Service” or “Factory as a Service” – push this further. And that’s exactly why you have to have the machine data.