Saving Electricity Sensibly – For Your Wallet And The Environment 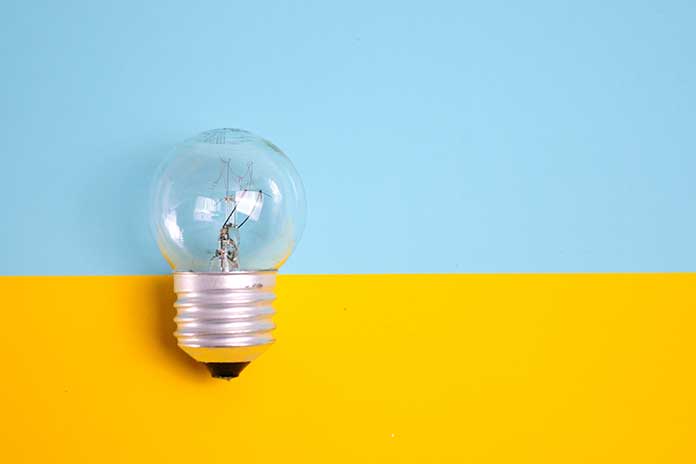 Electricity can be saved in many places – on PCs, tablets, smartphones, and in the kitchen, garden, and living room.

Saving electricity is very much in vogue, primarily for the climate or, more traditionally, for the wallet. In the following article, you will find suggestions on reducing your electricity consumption in everyday life.

“According to Boiler Grants a new modern combi boiler could save you up to 5% on your gas bill annually, so it’s well worth the investment. But bear in mind when you shopping for a new boiler, then ensure you check that it is an A-rated boiler, which you can do by checking the label.

These boilers will be over 92% efficient, far better than those 10 years ago that averaged 60% efficiency.”

Is it worth it?

You first have to ask yourself a question: Do you want to save electricity because of the climate or the money? And how long should the whole thing be thought of? Often you will find tips like: “Use a more energy-efficient refrigerator.” And that’s not easy to judge. From an air conditioning point of view, a newly purchased refrigerator will only be of any use if the savings in consumption have added up to the footprint of the production of this new device – more a question of a decade than a few months. Old devices may consume more but are already there.

The purchase of a new refrigerator should also be judged very carefully from a financial point of view: With a 20-year-old refrigerator, the savings could be large enough that the purchaser pays for itself after four or five years – however, an exact calculation is hardly possible because the use of a refrigerator plays an enormous role.

The more common scenario is likely to be refrigerators around the age of ten. For example, with heavy use, co2 goes online from “up to 70 euros” a year, which you can save – a value with many imponderables. If you take a look at the ten best-selling refrigerators on Amazon, for example, Germans like to spend an average of over 1,000 euros on the cool little helper. In other words, even if the savings potential were rather inexpensive, it would quickly take 15 years for the new refrigerator to pay for itself. And in 15 years, you can probably do the same thing again.

So you have to think economically: When will my savings pay off? The climate is generally happy about devices used for longer; it is primarily a question of your planning when it comes to your wallet. However, you have a third “cost factor” under control yourself: workload. You can also save emissions and money by doing without and changing your habits.

Save electricity on the PC

You configure the complete shutdown of the system under ” Save energy/deactivation. “If in doubt, you should choose a longer period. On the one hand, it isn’t very pleasant if you have to wake the computer out of deep sleep several times a day, and on the other hand, starting it naturally consumes additional energy.

By the way, laptop manufacturers often give their energy managers the devices – look for them for your model!

A computer is rarely alone at home, and peripherals and network devices also crave power. Printers, scanners, network loudspeakers, and similar larger devices in the network usually have their energy-saving settings and usually consume little enough to be able to do without a complete switch-off – standby is sufficient.

However, if possible, you can try to connect all such devices to a smart (WiFi) socket so that you can turn them off with a single click if necessary.

Devices such as NAS, Raspberry Pis, multimedia players, and other special-purpose devices in the network are more interesting. Here, too, you will find device-specific energy-saving settings – but most of them remain unused; after all, nobody wants to run into the basement or crawl under the table to switch on a NAS when it is needed outside of the specified usage times.

The magic word here is “Wake on LAN.” With WoL, a large number of devices can be woken up from standby. You can send the WoL signal, for example, via the surface of your router. Look in the Fritzbox GUI under ” Home Network / Network ” and click on a network device’s ” Edit ” link. This is particularly useful with NAS!

Save electricity on Android

Nowhere does the modern person experience more directly what saving electricity feels like and how it works: Mobile devices such as smartphones and tablets are constantly connected to the cable and suck up electricity. There are all sorts of technical possibilities for reducing power consumption without real losses, which you can read in detail under ” Save battery with Android – this is how it works. ”

However, in the case of smartphones and the like, it is above all the waiver that becomes noticeable – not turning on the display ten times an hour to check for new messages would be a start.

However, you can also display important notifications on the lock screen and do without an elaborate background image, easily saving one charging process every week. Or how about not using wireless headphones? Better sound quality, no annoying announcements in the ear, never at the wrong moment without juice. But yes, here we are again at the usual electricity saving tip: Waiver is required, but difficult to implement.

Back to the refrigerator, one of the biggest consumers of all. Before you start saving or even switch off something, you have to switch your head on and see whether it is not just drop-in-the-ocean tips or straightforward pure snake oil. Baking without preheating is such a “tip” – it saves energy.

But the loss of quality in many dishes would be extremely high. And slamming the refrigerator door very quickly may save half a euro a month, but your thinking energy is certainly better off elsewhere.

Very eager savers even fill the unused space in the closet with styrofoam blocks, which of course, keep the cold better in the closet than cooled air. But at this point, saving electricity is becoming a hobby.

There are also helpful ones for everyone online calculators for refrigerators that can help you find out pretty much how much you can save with a new, more energy-efficient device. In general, you shouldn’t just implement wild tips, but analyze them first: You can get power consumption meters such as the PM 231 E from Brennstuhl for less than 10 euros.

Switch this “measuring socket” between the socket and the consumer, observe for a few days and then decide on appropriate measures.

But of course, there is not only the approach of identifying large consumers and limiting consumption in a targeted manner. According to the motto “Small cattle also make crap,” you can do everything that does not annoy you and achieve an effect through it. The most important tool here: your imagination! Once you are prepared to save, you will encounter many energy leaks in everyday life. To raise awareness, here is a small list of larger and smaller savers:

Finally, however, I would like to point out that energy consumption is the best guide to energy saving: Think! This consumes a lot of energy, made available through produced, cooled, heated food, but it helps against said snake oil and people, clubs, and tips that mean it too well.

The co2online, as mentioned above, for example, according to its information, a non-profit project, is focused on one topic and, therefore, sometimes a little over it, to put it casually. An interview from co2online on the subject of saving electricity when using water: “Hot bath water is usually only around 40 degrees. In this way, electricity consumption can be reduced by around ten percent. Then why not the temperature right away lower it to 40 degrees? ” At least co2online has the answer itself: “