The New Age Of Business Software 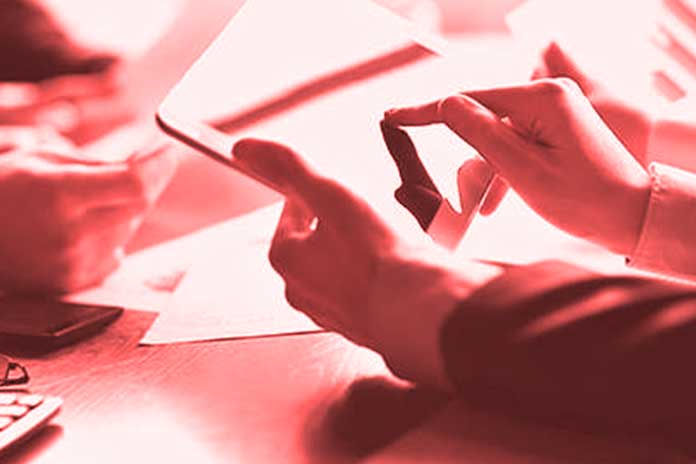 While companies worldwide are struggling to transform, driven by the pandemic and increased competition digitally, a race seems to have erupted to see who will reap the tremendous benefits. For the management consultancy McKinsey, digital transformation means two things: On the one hand, companies transform their core business to make it better, faster, cheaper, and more effective through technology. On the other hand, they open up new business areas to create something beyond the core business that has not existed before.

Use of technology – what does that mean? It’s about two fundamental things: the use of data and the use of new software that uses this data to optimize what already exists or to realize new business ideas.

An essential feature of this new type of business software is its low potential for standardization. In contrast, traditional business software use cases – such as accounting in ERP packages – are usually very well-defined and standardized. Bookkeeping is a precisely defined task. It is based on algorithms and a data structure that have not fundamentally changed since their invention in Italy in the 16th century. New business models work differently. They are industry-specific. They can even be customer-specific. From this, at least the part that adds value must be developed by the companies themselves or close partners.

However, many companies today lack the skills to develop their scalable software on a large scale. Many IT teams have merely configured or maintained software for the past few decades. There was hardly any need for complex software development projects and correspondingly little training. The reason for this is the triumph of standardized business software. In the early days of software development in the late 1960s, companies developed their (business) applications themselves. To do this, they used some essential technologies, such as a database and a programming language with which they could write applications. They had large teams that developed complex software with a lot of knowledge, effort, and technical competence. Over time, this “muscle” has atrophied. Because of the current wave of digitization, however, he has to be trained again. He even has to become more efficient than he ever was. However, this is countered by the notorious lack of IT and software specialists.

Building software development teams in Eastern Europe, India, or other locations in Asia is complex. It is even more difficult to manage teams distributed all over the world. It takes a lot of time and experience from the failure of several projects until robust development processes are established. But it’s not just about building internal capabilities. External challenges also have to be overcome. A “race to digitization” takes place between established companies that need to (re)acquire software skills and software companies (often start-ups) that, in return, need to acquire industry knowledge. We’ve already seen some prominent winners in this race, all on the software company side.

Amazon was a software start-up that recognized the potential of online e-commerce. It built a software platform and taught itself how to sell books. Amazon has solved a technical problem and acquired enough industry know-how to succeed. The mainstream retailers, especially those that relied on mail-order business, could not deploy their e-commerce platforms quickly enough.

The example shows a scheme: In a particular industry, successful companies are attacked by new players who draw their disruptive power from their software know-how. What does this mean for other industries? Software changes the rules of the game. It needs more software. Some companies get into software programming and develop new software from scratch. As a rule, they use the infrastructure and tools of the large cloud hyperscalers for this. However, this approach often fails due to capacity bottlenecks, a lack of experience with software development, and skyrocketing cloud costs. Software companies can help established companies solve this problem and become tech players.

So far, we have only talked about new business areas. But how can companies become better, faster, and cheaper in their core business? Here’s an example: Until a few years ago, it was almost impossible for the manager of a data center to get a complete overview of the status of his IT landscape. It was difficult to predict what problems would come next. Not enough disk space, a CPU failure, or something else entirely? Every hardware manufacturer offered monitoring software, but it only recorded its components. Each component generated its so-called log files, saved and analyzed separately. The founders of Splunk recognized this problem and developed the first analysis platform for the log files of all hardware components.

In industrial production, production managers and other managers face similar problems. The central monitoring of machines and systems from different manufacturers is even more difficult than monitoring data centers was 15 years ago. It was evident that production facilities need to be monitored at the plant, country, and company levels. However, this task is much more challenging to solve than the harmonization of log files. Production automation is usually controlled by so-called production control systems (Manufacturing Execution Systems, MES). These are industry-specific software systems, some of which are even developed by the manufacturing companies according to their requirements. Providing a semantic layer that takes all MES, machines, and robots into account is a real challenge. However, it is a prerequisite for solving the problem à la Splunk.

The Solution Is Already There

Many of the challenges that digitization brings are already being solved by existing technologies. This applies particularly to integrating device data (also referred to as IoT), integrating existing enterprise applications (iPaaS), and process automation and analysis. These three areas create the basis for developing individual software that opens up new business areas for companies. If the products also run on all virtual cloud platforms, digital sovereignty is preserved, and switching between these platforms is relatively easy. In addition, relying on already existing, proven basic technology prevents companies from getting bogged down in developing complex infrastructure software that does not add value to them. You can jump into the software development process much later, work with a robust, scalable platform, and are not tied to a specific cloud provider.

One could call this the “backbone” of new software applications and industry solutions based on the merging of transactional IoT and process data.

So, where is the optimization potential of the digital transformation? First and foremost, this analysis problem can be solved using analysis applications. There is also the option of using tools instead of customized applications. This then falls into the area of ​​process mining or time series analysis. Both are tools for end-users used by the specialist departments to identify optimization potential, either by filtering out insufficient process variants or by identifying the causes of suboptimal constellations in time series data. Modern IoT technology has the potential to harmonize machine data.

The challenges described above exist in almost all industries – from the financial sector to mechanical engineering and from the public sector (in a particular way) to the process industry. The ideal company has a clear understanding of what digital transformation means. What needs for optimization is there or which new business area should be developed based on new software-supported offers? A company that is seriously concerned with digital transformation requirements will be able to answer these questions and act successfully.