Sustainability: The Seven Most Important Trends For 2022 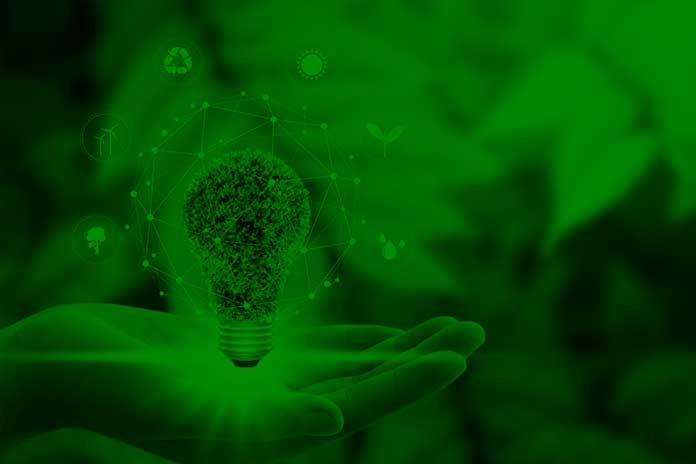 In the coming year, we can expect stricter legislation to debunk “greenwashing” and increasing demand for clear disclosure and reporting standards regarding sustainability. In recent years, the protracted coronavirus pandemic has forced seismic changes in corporate policies and behavior. It led to essential corrections in the financial system and changed the way companies responded to climate change. The environmental portal Eco-Business identifies seven critical trends that will shape the economy and society in 2022.

Ahead of the COP26 climate conference in Glasgow, more than 1,000 companies had pledged to set science-based targets to reduce emissions in line with the goals of the Paris Agreement. At the landmark summit, governments and companies presented more grand promises and ambitious plans for decarbonization. However, these governments and companies have so far provided little information on how they intend to meet their climate commitments. In 2022 it would be necessary to push for transparency to ensure real action follows promises. Critical outcomes of COP26 are expected to influence climate action.

When Net-Zero Commitments Come Into Vogue, Data Disclosure Must Follow

Exchanges worldwide are scrambling to play a more significant role in pushing companies to decarbonize. The United States wants to make climate risk disclosure mandatory, and its Securities and Exchange Commission is expected to develop a rule by the end of the year. The UK has announced that it will introduce climate-related compulsory financial reporting. In Asia, the Singapore Stock Exchange unveiled a roadmap in 2021 to make climate-related disclosures in sustainability reports mandatory, while Japanese regulators are considering mandatory climate risk disclosures from April 2022. India and China have already established binding rules for reporting,

In the coming year, mandatory disclosures are expected to continue to improve in Asian markets as regulators seek to streamline unclear information, according to Diksha Mishra, environmental, social, and governance (ESG) policy specialist at asset manager Arabesque. She added that these information gaps usually result from a lack of legal requirements.

Corporate Net-Zero Pledges Will Be Put To The Test

Advances in regulation will force companies to take their net-zero targets seriously and expose those making empty promises. An analysis released in October found that a fifth of the world’s 2,000 largest publicly traded companies has committed to a net-zero strategy. However, the report also revealed that many of these companies either do not count the emissions generated by their supply chains or rely on unreliable strategies to offset their carbon production.

Regulators are working towards a more precise measurement of the “S” or social factor in Environmental Social Governance (ESG). Germany has passed a new supply chain law obliging companies to ensure human rights standards at all levels of their supply chains. The UK has presented a straightforward method for calculating the pay gap between its male and female employees.

In 2021, the European Single Access Point, a central platform for accessing publicly available information about financial services, will also be launched. The implications of this are likely to spill over to companies in Asia. Australia’s Modern Slavery Act is scheduled to come into force on 1 January 2022. According to this, government agencies and local authorities must take reasonable measures to ensure that the goods and services they procure are not the product of modern slavery.

COP26 blazed a trail for empowering social causes by adopting a landmark agreement in which more than 100 world leaders pledged to end and reverse deforestation by 2030. This would not have been possible without intensive consultation with local farmers, said Pat Dwyer, founder, and director of The Purpose Business, a Hong Kong-based sustainable business consultancy.

Illegal Fishing At A Tipping Point

An agreement to abolish harmful fisheries subsidies and halt global fish kills is expected to be finalized by the end of February. This is intended to end more than 20 years of negotiations to ban overfishing agents. The World Trade Organization (WTO), which deals with the global rules governing trade between nations, including fisheries, was due to meet in Geneva, Switzerland, at the end of November to find a consensus. But after the outbreak of the newly announced Covid-19 variant Omicron, the meeting was postponed.

Natural Gas And Nuclear Power Are About To Make A Comeback

The gas industry has campaigned as a more climate-friendly alternative to coal. As Asia transitions to a lower-carbon economy, many see gas as a ‘bridging fuel.’ UK consultancy Wood Mackenzie forecasts that the region will account for 60% of global gas demand over the next three decades, with the most significant increase expected in the emerging markets of South and Southeast Asia.

The growth in demand for liquefied natural gas (LNG) is supported by developing new infrastructure for regasification, pipelines, and gas-fired power generation. In the Philippines, where dwindling gas reserves and a lack of discoveries have prompted the country to import LNG, the infrastructure boom amounts to $13.6 billion in planned import terminals, power plants, ports, regasification plants, and pipelines. A global rehabilitation of nuclear energy that produces no greenhouse gas emissions is also likely to gain importance in the coming year.

After the US and France, China, the world’s third-biggest consumer of nuclear energy, will build its first small modular nuclear reactor to meet its ambitious goal of leading the world in nuclear power. Ten years after the Fukushima disaster, while nuclear’s share of primary energy consumption has declined, more countries will try to emulate France, which gets about 70 percent of its electricity from nuclear power.

The statement made at COP26 to sell only zero-emission cars and vans by 2040 or sooner will signal more manufacturers, particularly in emerging and developing countries, to switch to electric vehicles in the coming year. To support them, the UK Presidency announced an initial contribution of more than US$5 million to the Global Facility for Decarbonising Transport, launched earlier this year by the World Bank.

In addition to modernizing road transport, more sustainable aircraft are also planned to be produced in 2022. Toyota-backed California-based Joby Aviation intends to build more than a dozen of its five-seat electric air taxis. Pilot tests will also occur in the coming year, as passenger aircraft powered by hydrogen fuel cells will make their first flight in the summer at the Delft University of Technology in the Netherlands.

French multinational Michelin Tire has agreed to ship some of its tires, manufactured in Nova Scotia, Canada, on a mainly sail-powered cargo ship across the Atlantic to France to reduce its greenhouse gas emissions. According to the company, the service will reduce fuel consumption by up to 20%.

Seagrass is one of the world’s most productive ecosystems, supporting fish populations and mitigating storm surges, but it’s disappearing due to overfishing, coastal development, and climate change. Offshore seaweed cultivation is another emerging trend. In Puerto Rico, the first seaweed farm in US tropical waters was established to support the large-scale production of algal biomass for biofuels and other valuable bioproducts.

Also Read: Should You Implement Technology Into Your Business?

Facebook
Twitter
Pinterest
WhatsApp
Previous articleWLAN Reception: How To Bring The Total Bandwidth Into Your Smart Home
Next article5 Interesting Facts About Baccarat In Online Casinos