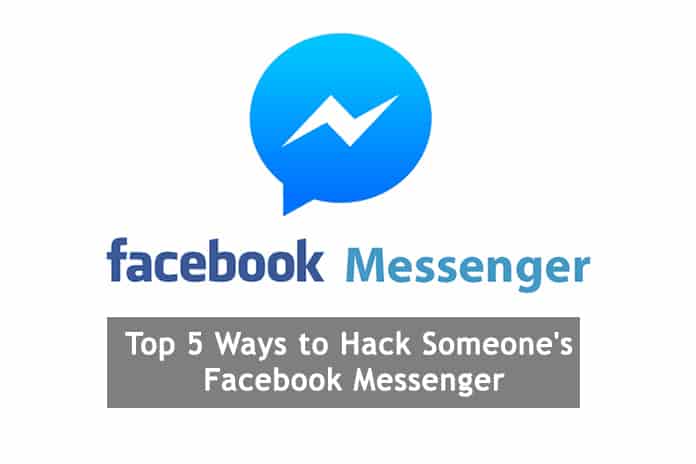 All of us know that this is the world of social media and if you are on social media then you are connected with the world. Facebook is probably one of the biggest and popular social media networks on the internet. Millions of users use Facebook on a daily basis to connect with their friends and family.

Facebook is the source of news, stories, and everyone may need for entertainment and to keep updated. As stated that FB is the biggest social media network in the world so almost every one of you must have wished to hack someone’s Facebook messages.

The big question that comes here that how to hack someone’s Facebook messenger because we know it seems impossible for a common person to do so. Some people think that they can only hack FB Messenger if they are a hacking expert or professional in hacking.

Well, technology has got advanced which is why it is possible for a non-technical guy to hack someone’s Facebook messenger. All you have to do is to start using any high-quality phone spying app that gives you complete access to Facebook messenger along with other apps as well.

Finding a safe and reliable phone spying app might be a very challenging task because there are many apps and you have to choose the best. We’ve gathered the list of 5 best phone tracking apps for you to choose one according to your budget and requirements.

All 5 apps we are going to discuss are safe and trustworthy for risk-free Facebook hacking. Each app has a reputation in the market and is getting used by millions of users worldwide. Remember that using these apps won’t require any course or specific hacking training. Let’s have a look at the list of 5 phone spying apps and discuss them one by one.

Spyier is no doubt one of the most popular and world’s best spying apps. This app is very easy and simple to use without acquiring any skills or experience. This app allows you to track any smartphone device either its an iPhone or Android.

Spyier doesn’t compromise on the security of the user which is why Spyier is totally undetectable. The stealth mode on which Spyier runs makes this app undetectable. With Spyier, you can hack your Facebook messenger in case you have lost your phone or you can hack someone’s FB messenger as well.

Not only Facebook, but this app also allows users to spy on almost every app installed on the target phone device.

Talking about the safety, this app doesn’t ask its users to perform any risky phone attempts like Rooting an Android or Jailbreaking an iPhone. Spyier is a professional and reliable phone monitoring app that people prefer to use for their phone tracking tasks.

Going through this Spyier review will let you have enough info about this quality phone hacking app. Spyier can be run on any web browser on any device either its a PC or any mobile phone. Spyier is offering a wide range of spying features like Calls Track, SMS, Location, and other tracking features. Explore all these features and use of Spyier by visiting the official site of Spyier.

Minspy is a new app in the market but it has got the attention of many companies and domestic users due to its best spying services. Using Minspy to hack any phone device is more than easy, you don’t have to have any hacking skills or knowledge to use this app.

Due to the intuitive and smooth user interface, every new user prefers to use Minspy for all phone spying tasks. Minspy supports phone tracking for both iPhone and Android without letting users face any compatibility issues. 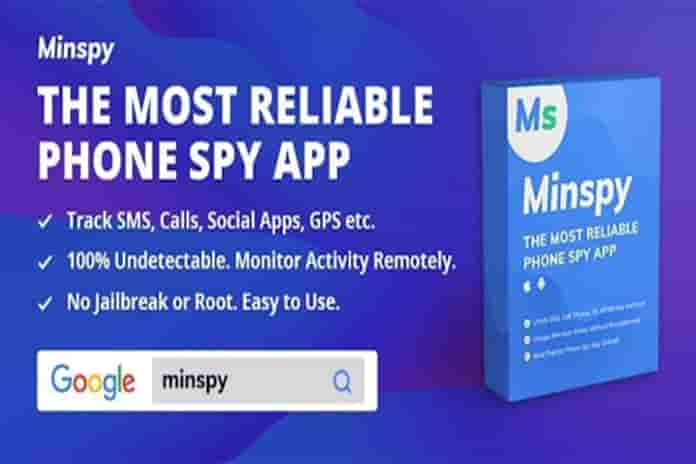 This third top Spyine app is also facilitating lots of users in their professional and personal life. Parents are using Spyine to keep monitoring their children and their activities. Like all other top apps, it also has a Geo-Fence alert feature that alerts the user when the target phone leaves or enters the specific zone set by the parents or any user using Spyine.

Spyine is a phone surveillance solution that can be used to hack any phone device along with its installed apps.

Spyic can be considered as one of the leading spying apps in the World. This app is something you can use for hacking social media apps and phone devices without worrying about getting detected. No one will be able to catch you spying on a phone device using Spyic.

Spyic gives you complete access to the target device including call records, text messages, apps, location, and much more. Explore the use and features of Spyic by opening its official site using any browser on any device. 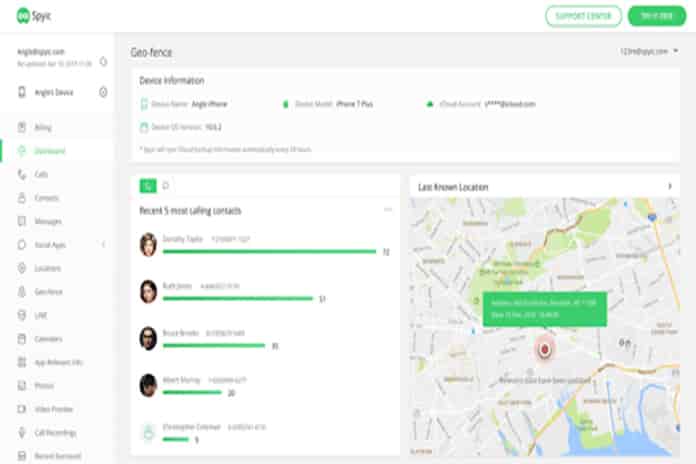 Discussing at the last doesn’t mean that NeatSpy is a low-quality spy app. In fact, this app is one of the most easier and smart spying apps one can use. NeatSpy app has been designed as per user’s preferences and requirements for a smooth phone spying.

It has every feature that you can use to track any phone device in terms of tracking location, apps, records, or whatever you want. Visit the official site of NeatSpy to explore more about this simple but brilliant phone monitoring application. 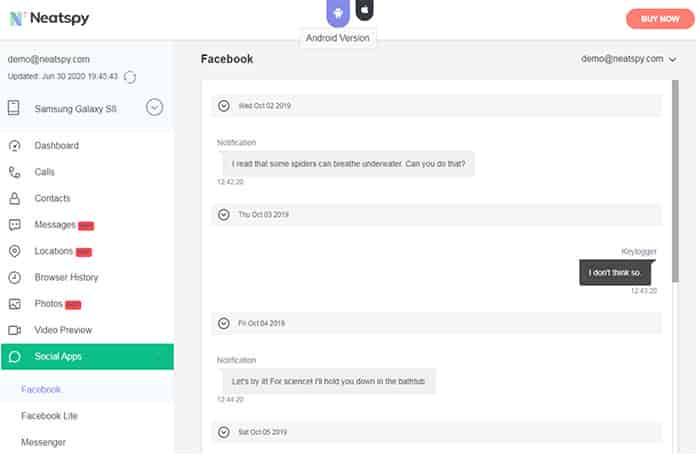 We’ve reviewed all top 5 phone spying apps that you can use to hack a Facebook messenger and other social media apps along with whole phone spying support.

As an overall summary, we are in the position to say that Spyier and other 4 spying apps are best for hacking someone’s Facebook messenger. Each app is an ideal app for the one who is looking for complete phone tracking including location tracking.

We got to know that these spying apps won’t require any type of experience or professional skill to perform phone hacking. Almost everyone can use these apps to hack any cellphone device without having professional hacking skills.

We also came to know that Spyier and others are undetectable which means that no one can detect you spying on someone’s phone when using any of these apps. In the end, we would recommend all of you to try any of these apps if you want to hack someone’s Facebook messages or any other phone data.

We have taken a closer look at standard antivirus programs for you. The number of viruses, Trojans, and malware is almost incalculable. And day...
Read more
APPS