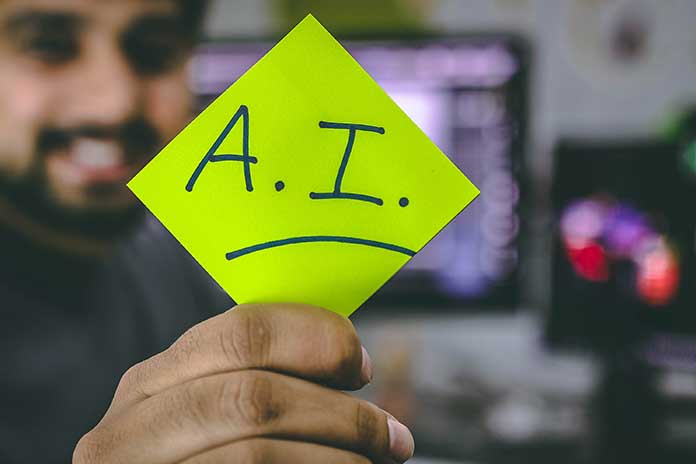 Artificial Intelligence is no longer a part of sci-fi movies and has become a reality and is there all around us.

It is no longer a buzzword as we come across Artificial Intelligence applications very often in our routine lives.

We will see later in this article why an Artificial Intelligence Course is gaining so much popularity among professionals as well as newbies.

The scope of Artificial Intelligence is obvious and doesn’t need any explanation. Today AI is being adopted in each and every industry regardless of the type, size, and location. With AI, you can enter into the domains such as gamification, Robotic Science, Machine learning, and any such fields.

Companies today are building intelligent systems to be used in diverse applications, thereby revolutionizing businesses incredibly. This has resulted in a huge increase in the demand for skilled, trained, and certified professionals, as they serve as great assets to the company.

The global AI market size is projected to reach USD 93.53 billion by the end of 2021. It is also predicted that AI is going to create more than 2.3 million jobs across the world in the near future.

Let’s now discuss what AI is and the different types of AI.

What is Artificial Intelligence?

Simply put, when a machine thinks and acts like humans, it is Artificial Intelligence working. A machine or system can talk to you, can act as you want, suggest the movies or songs as per your interest, and show you the apparels/dresses on your favorite eCommerce site.

Also, it serves as an opponent when you play video games and appreciates you when you play solo games. It is AI that reminds you to book your gas cylinder and pay your electricity bills.

The primary objective of Artificial Intelligence is to imitate the cognitive activity of humans. It is based on the principle that human intelligence can be defined in such a way that a machine is capable of mimicking human tasks very easily.

Systems learn from historical experiences and data and perform tasks just as humans. It can significantly enhance the precision, speed, and effectiveness of human efforts. AI utilizes complex algorithms and techniques to develop machines that can make decisions on their own. Deep Learning and Machine Learning are the core of Artificial Intelligence.

Today AI is implemented in industries including healthcare, finance, media and entertainment, retail, eCommerce, social networks, transportation, manufacturing, banking, and every other industry.

Types of AI (Based On Capabilities)

On the basis of capabilities, AI is categorized into three types:

Also known as weak AI, narrow AI typically focuses on a narrow task and is unable to perform beyond its constraints. It emphasizes a single subset of cognitive abilities and proceeds in the same direction. Applications of narrow AI can be seen in our daily lives as deep learning, and machine learning are consistently evolving.

IBM Watson Supercomputer is also an example of narrow AI.

Also known as strong AI, General AI is capable of understanding and learning any intellectual tasks just as humans can. It enables a system to apply knowledge and skills in different scenarios. AI researchers have not succeeded in achieving strong AI yet. They are required to find some methods to make machines think, programming a complete cognitive ability set. Through OpenAI, Microsoft has invested USD 1 billion for general AI.

The K computer by Fujitsu and Tianhe-2 by China University are examples of General AI that are still a ‘work in progress’.

As the name defines, it is a superpower that has the ability to surpass human intelligence. So, it can perform tasks better than a human. Artificial superintelligence, besides understanding human emotions, is capable of evoking emotions, beliefs, requirements, and desires of its own. But the existence of super AI is hypothetical to date.

Some critical characteristics of Super AI are its ability to solve puzzles, think, make decisions, and judgments on its own.

Types of AI (Based on Functionalities)

On the basis of functionalities, AI can be categorized into four types:

A reactive machine is a principal form of artificial intelligence. It doesn’t store historical data or use past experiences to decide further actions. It works with present data. A reactive machine perceives the scenario and reacts to it. They are provided with particular tasks and are not capable of performing beyond those specified tasks.

IBM’s Deep Blue is a reactive machine that was able to defeat chess grandmaster Garry Kasparov.

Limited Memory AI uses past data to train and make decisions. As the name defines, the memory of these systems is short-lived. They use the past data for a limited period of time and are unable to add it to their library of experiences. This technique is utilized in self-driving cars.

This kind of AI represents an ultra-modern class of technology and is present only in concepts. Such AI needs an in-depth understanding of people and stuff within an environment and alterations in their feelings and behavior. It is also required to understand the emotions, thoughts, and expressions of humans. Though this technology is not achieved yet, there are advancements going on.

Apart from the three popular types of AI and their examples, we have seen four more types of AI on the basis of their functionalities.

The article has made it clear that AI is evolving rapidly, forming an inseparable part of our lives. Technology is going to create a plethora of jobs all around the world.

To become an AI expert, you can take up an online AI training course such that you can learn at your own pace and learning mode. Also, you don’t have to make a plan, as they have all planned it well. With all the queries, you can consult industry experts and have job assistance as well.