More
Home BUSINESS Industry 4.0: What It Is And What Are The Advantages
BUSINESS

Industry 4.0: What It Is And What Are The Advantages 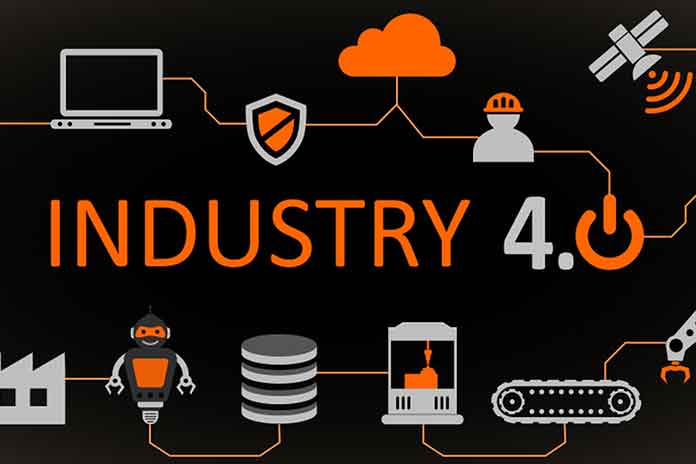 Industry 4.0 is a new way of producing that leads companies towards the fourth industrial revolution. It hinges on robots and connected objects. The world is increasingly interconnected and, in the future, industrial production will be fully automated. Therefore, the transformation is underway, and industries need to know the potential that comes from digitalization to use it to their advantage. But to do that, you need to know what Industry 4.0 is and where it will take us.

Industry 4.0, thanks to a mix of automation technology, information, connection, and programming, will lead the fourth industrial revolution. This is the direct consequence of the digitization in the production field that has taken place for years now. A process defined by analysts as ” digital transformation. ” This new transformation will lead companies for the first time to deal with a double reality: physical and virtual resources will have to be managed equally, considering them as a single company production system.

The Story Up To Industry 4.0

Industrial processes are generally divided into four stages. The 1.0 Industry (1784) dates back to the one developed by the discovery of the steam engine in then: forced mechanization that has increased production and decreased production times. The ‘ Industry 2.0 (1870) is the daughter of discovering electricity, which later became “dependent” on oil. The ‘ Industry 3.0 (1970) from the entrance factory in ICT (Information and Communications Technology) first-generation increased further computer and electronics automation levels both in the production and organizational.

This leads to industry 4.0, a technological mix of robotics, sensors, connection to the network, and programming capable of forever changing company management and production models. An industry that has lost its concept of immobility and physicality also thanks to the cloud and co-working, taking advantage of the opportunities of Big Data and the Internet of Things.

How Work With Industry 4.0 Will Change

Each innovation leads to profound transformations and, even in the case of Industry 4.0. There will be many changes in the world of work. Many new professions will be born, and many jobs will disappear. The areas that will have a central role will be finance, information technology, engineering, and management, while there will be losses in the administrative and production areas. Two skills and competencies will have more importance: creativity and problem-solving.

The fears are always the same, and they do not subside: will machines replace man? It is not known for sure—a fundamental change and very close. What does this mean? That the machines will be interconnected with each other, communicate with each other, and be able to carry out preventive maintenance and self-repair. Robots will work side by side with humans, learning from them. The plants will be so flexible that it will even go as far as customizing products for each customer, and, in general, the factory will be Smart in all respects.

The 4.0 Factory, daughter of the fourth industrial revolution, comprises completely interconnected machines, which communicate with each other and carry out self-diagnostics and preventive maintenance. The advances in technological evolution will lead factories to predict the degree of production failure autonomously, adopt the best prevention measures, and implement self-repairing actions.

Robots will work in contact with humans, and from humans, they will learn naturally. Therefore, the workflow can be reproduced virtually before physically preparing it in the workshop to verify its behavior in the abstract and enhance its performance. The factory will know how to procure energy without waste at the lowest possible cost. In a word, it will be smart.