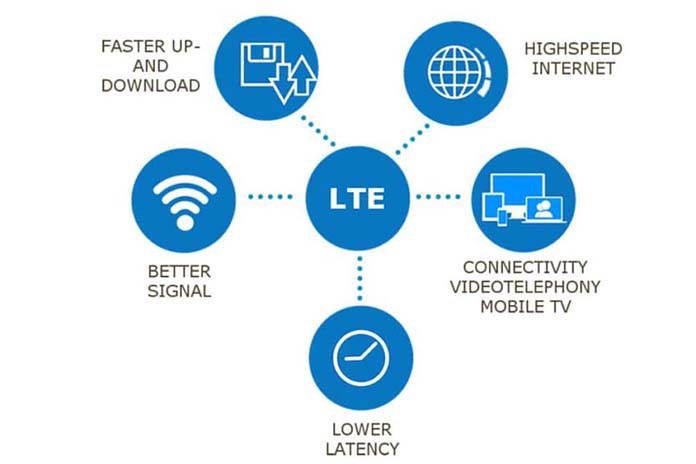 The acronym LTE is often used with reference to the English expression Long Term Evolution , which is used in the field of telecommunications . LTE is a standard for wireless high-speed data transmission that represents the evolution of 3G , but without reaching the speed of 4G .

The system was developed by the 3rd Generation Partnership Project ( 3GPP ), a group of telecommunications associations. Thanks to its characteristics, the various antenna technologies can be implemented more simply.

The LTE standard allows users to use the Internet Protocol ( IP ) for data traffic. Thus it provides support services such as navigation through the Web , online gaming, voice over IP ( VoIP ) and streaming video, for example.

Let’s see below some of the characteristics of LTE, several of which could be considered advantages over other communication standards:

Despite all this, its use worldwide found certain limitations due to the limited availability of spectrum and terminals and the difficulties for operators to generate profitability.

The LTE filter , on the other hand, is known as the filter that should be used in digital terrestrial television ( DTT ) reception facilities to avoid interference from this mobile phone standard on UHF antennas .

The name LTE Advanced , on the other hand, responds to a preliminary standard that was intended to improve the LTE. It was registered at the end of 2009 and was intended to exceed the requirements of the International Telecommunications Union , in addition to being compatible with the LTE devices on the market. Among the advantages pursued are the advanced network topology and the combination of low-consumption nodes with other relay networks.

LTE International Airways , finally, is the name of an airline of Spain that operated between 1987 and 2008 . When it stopped working, it had a fleet of five Airbus A320-200 aircraft .

Also Read: What Is Robotics – Definition, History, Types And More