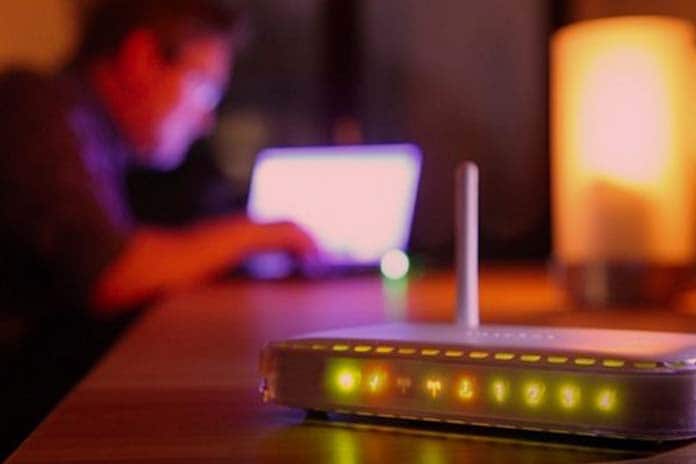 Modem. It is a device that sends a carrier signal through another input called a modulating signal. It has been applied since the 1960s, mainly because the direct transmission of intelligible electronic signals, over long distances, is not efficient.

In many modems of Switched Informatic Network it gives ease of answer and automatic dialing, which allow them to connect when they receive a call from the PSTN ( Public Switched Telephone Network ) and proceed to dial any number previously recorded by the user. Thanks to these functions all communication establishment operations can be performed automatically.

The basic function of modems is to accept data from a transmitting computer or station and convert analog (or digital) signals that can be transmitted through voice transmission telephone lines. Which is reflected in this way, the modulator emits a signal called carrier. Generally, it is a simple sinusoidal electrical signal much more frequently than the modulating signal.

A combination of more complex modulations or modulations such as quadrature amplitude modulation is also possible.

Note: The more functions the modem has, the smarter it will be.

The main distinction that is usually made is between internal modems and external modems, although recently modems called “software modems”, better known as ” winmodems ” or ” linux modems ” have appeared, which have complicated the picture a bit. There are also modems for XDSL , ISDN , etc. and those used to connect through 75 ohms coaxial cable (cable modems).

They consist of an expansion card on which the different components that make up the
modem. They exist for various types of connector:

The main advantage of these modems lies in their greater integration with the computer, since they do not take up space on the table and receive electricity directly from the computer itself. In addition, they tend to be somewhat cheaper because they lack a casing and transformer, especially if they are PCI (in this case, they are almost all of the “software modem” type). On the contrary, they are somewhat more complex to install and information about their status can only be obtained by software .

Similar to the previous ones, but external to the computer or PDA . The advantage of these modems lies in their easy

portability between different computers (some of them more easily transportable and smaller than others), in addition to that it is possible to know the status of the modem (marking, with / without line, transmitting …) by means of the status LEDs that they incorporate. On the contrary, and obviously, they take up more space than inmates

Device of a certain level of intelligence. The most current consist of a microprocessor and a memory.

Memory: Used to store the phone numbers that the modem can dial automatically when requested by the user.

Automatic number dialing: This function allows the user to dial a telephone number using the workstation or PC keypad, instead of using the telephone keypad.

Automatic answer: Provides the station with the possibility of answering a call without any user intervention.

Automatic call: Allows the user to leave messages to be sent at a specific time and date, to a specific place.

Callback: When the modem answers a call, it checks the identity of the sender on a previously established list of authorizations. If the sender is authorized, the modem cuts off the call and then automatically calls the user to the telephone number indicated in the list.

Autologon: automatically enter the password to access other signals necessary to identify a user with a remote computer.

Self-test: These are diagnostic programs to locate problems in the modem.

It is usually done through one of the traditional serial ports or COM(RS232), so the UART of the computer is used , which should be able to provide sufficient communication speed. The UART must be 16550 or higher so that the performance of a modem of 28,800 bps or more is adequate. These modems need a plug for your transformer.

In the form of a card, which were used in laptops, before the arrival of USB (PCMCIA). Its size is similar to a somewhat thicker credit card, but its capabilities are the same as standard models. There are models for USB port , connection and configuration even simpler, which do not need an outlet. There are models for both landline and mobile phone connection.

Generally internal, in which several electronic parts (for example, specialized chips) have been removed , so that the computer’s microprocessor must supply its function through a program. Typically, they use a PCI slot (or an AMR) as a connection , although not all PCI modems are of this type.

CPU usage hinders the operation of other user applications. In addition, the need to have the program may prevent its use with operating systems not supported by the manufacturer, so that, for example, if the manufacturer disappears, the modem would eventually be disabled before a future system update. Despite their low cost, they are little or not recommended.

Complete Modems: Classics not HSP , whether internal or external. In them, performance depends almost exclusively on the speed of the modem and the UART of the computer, not the microprocessor.