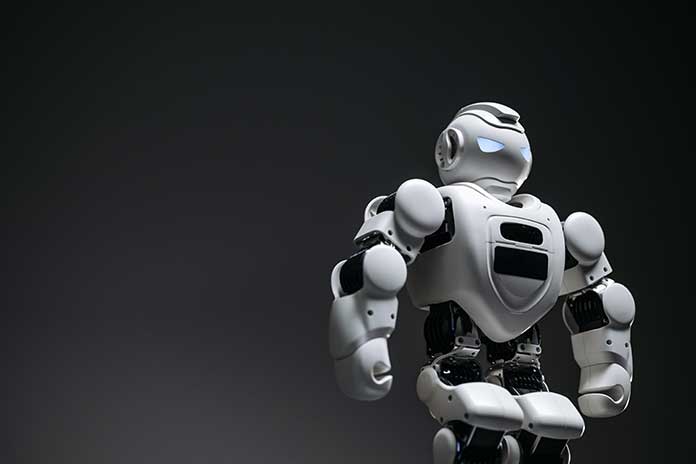 A new survey by fruit core robotics has shown that almost half of medium-sized companies want to get robots into their operations. The trend towards digitization and automation of manual work is advancing and is mainly viewed positively.

Forty-six percent of the medium-sized companies surveyed by fruit core robotics plan to bring robots into their own company. Fourteen percent of the companies already have some. For this purpose, Fruitcore robotics asked more than 1,000 specialists and executives who primarily perform, plan, or supervise manual work in companies with 50 to 500 employees how they feel about this development. Accordingly, the positive expectations outweigh the negative ones. So far, office jobs, in particular, have benefited from digitization and automation, say 63 percent of those surveyed. It is now “high time” that your department is also prioritised.

Almost two-thirds of those surveyed said robots could be an excellent introduction to digitization and automation. Many specialists hope for practical improvements in everyday work, such as reducing repetitive activities and quality improvements. Or the prospect of having to work less with dangerous substances. Some can also imagine upgrading their workplace. Twenty-seven percent would find their job more enjoyable, and 26 percent would feel proud to work with high tech. The survey provides employers with information on which accompanying measures the workforce would like to have when introducing robots and also provides insights for politicians.

“Everyone knows the big industrial robots that assemble cars or other heavy equipment on assembly lines. In the meantime, however, there is also a new generation of robots that are smaller, more digital, more networked, and also affordable for SMEs. Because these new digital robots can also be put into operation very easily and operated without prior knowledge, they are now finding their way into medium-sized companies,” explains Jens Riegger, CEO and co-founder of fruit core robotics. “We were a little nervous when we sent our study into the field. It has been heard too often that employees’ fear of being replaced by robots prevents modernization. Our survey shows: Yes, there are concerns, but hopes far outweigh them. Specialists and managers in medium-sized companies have understood that digitization and automation are key to being future-proof.”

Not all employees look forward to the new robot colleagues with positive feelings: A fifth stated that they would feel superfluous if they were introduced. Fifteen percent were “overwhelmed,” and 13 percent feared the innovations. Twenty-four percent of the production managers also stated that they fear the complexity of working with robots. Management must take these concerns seriously. Accompanying measures can facilitate change. Training and upskilling programs that enable them to work with robots are most important to those surveyed.

Organisational matters and good planning are also crucial: 32 percent of those surveyed stated that no employee should work exclusively with robots. In addition, many would like to have a say in which tasks are handed over to robots and which are not. Twenty-seven percent are convinced that working with robots gives them more time for higher-value tasks. And accordingly wishes for good planning as to which new tasks will come their way.

Specialists and managers in companies that already use robots point out more often than average that the clear prospect of salary increases when taking on higher-quality tasks or the prospect of a four-day job week can be attractive accompanying measures.

Specialists and managers associate the possible introduction of robots with hopes for the company and their jobs. Processes in companies could run faster with robots, and productivity and quality would increase. Sixty percent are convinced that robots would represent a competitive advantage. Fifty-seven percent see this as a solution to the problem of the shortage of skilled workers. The latter is still immense. Three-quarters of those surveyed stated that their companies would find it difficult or only after a very long time to find qualified employees. In addition, robots could make the work environment safer and accessible for workers from repetitive and unergonomic tasks.

To realise the hoped-for advantages, medium-sized companies should fully exploit the potential of digital robots. According to the production managers surveyed, a third of the companies intend to do the same:

“On average, digital robots can pay for themselves within six months,” explains Patrick Heimburger, Chief Revenue Officer and co-founder of fruit core robotics. “They will therefore spread to many areas of the economy. Widespread digitization and automation represent a change that should not be underestimated. We therefore also asked specialists how politics could accompany this change. Here, too, most favour better training packages, which in my opinion make sense in all technical training courses.”

Schools and higher education institutions should better offer technical programs to prepare society for widespread robotic automation, say 41 percent of respondents. Thirty-seven percent want private companies to be incentivized to provide better training for change. One-third would also feel better if an unconditional basic income was provided as a “safety net.” And a quarter thinks a robot tax is a good idea, which could compensate for reduced income tax contributions.

Also Read: What You Need To Know About The Rise Of Industrial Robotics

Facebook
Twitter
Pinterest
WhatsApp
Previous articleFuture Insurance Transformation: Fit For The Digital Future
Next articleSEO For E-Commerce: How To Optimize And Improve The SEO Of Your Store

File conversion is necessary because it allows users to share and store their files in various formats. This will enable people with different devices...
Read more
BUSINESS