When To Use Load Testing For The Best Feedback 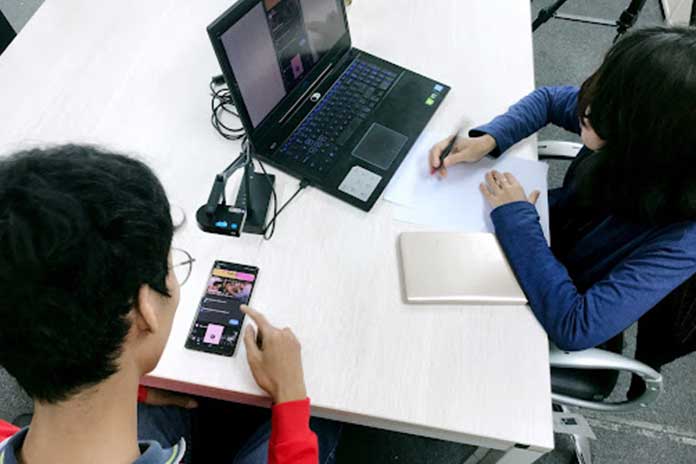 When your project is almost finished, you should test it using several test types as a matter of practice. Load testing is one of the tests that determine how well your system performs under varied loads. It is essential to assess software performance in real-world scenarios, identify subtle flaws, and ensure software quality. In this article, we will discuss performance testing, focusing on what load testing is, when load testing is to be used, types of load testing, and how to run load tests.

What Is Performance Testing?

What Is Load Testing?

When Do You Use Load Testing?

When a project is almost done, the process of load testing begins. Once that is done, we can test system performance. At each point throughout the development process, we may test a particular component for the load.

Many concurrent users of the project are typically simulated by load testing tools. It is a routine process that involves gathering and keeping track of information on the physical servers’ CPU, disc IO, and memory as well as software statistics.

Along with the other KPIs, the load test will display the system’s reaction time and throughput. Understanding the durability of input over extended time periods or simultaneous user input is crucial when examining backend performance concerns. Nevertheless, it’s important to look out for potential latency sources, functional issues, and memory leaks. Load testing in a restricted form is something that has to be corrected before development is finished.

Verify what the end user sees even while your application is heavily loaded. Have a single frontend user capture metrics that give a clear view of both server performance and end user experience, such as page load time. The user may never view some page items, even with the quickest response rates in the world.

Any memory leaks or slow queues should be found upfront. Essentially an endurance test, a soak test pushes your system to the limit over time to see if it can recycle resources like CPU, memory, threads, and connections.

Test actual scenarios as well, but go one step further and drive your system to its breaking point to pinpoint precisely where it will malfunction. It’s crucial to test your breaking point and make sure the system can recover from it, even if you don’t anticipate having many users at that moment. Be prepared for anything.

You should do a spike test to see how your system will respond to an unexpected increase of virtual users. With this kind of test, you may see how effectively your website bounces back after a sharp increase in the number of concurrent visitors.

How to Run Your Load Test

Setup your testing environment first so that it can execute tests with the hardware, software, and network configured.

Check that your newly configured test is functional first. If the test fails due to a significant setup error, you won’t get very far.

You must now check the load testing report for setup mistakes, correct any issues, and remove any bottlenecks.

You are now prepared to execute your performance test under the anticipated load. Finding and removing bottlenecks will be the focus of your initial test runs.

Testing multiple times is the key for your development project. Rerunning your tests will provide an additional layer of assurance each time you repair or enhance something.

After the test run is over, you can compile all the metrics and share the appropriate report along with the test summary report with your team members.

The results of the load tests reveal a variety of information, including how many users the system can support, each transaction’s response time, how each component of the complete system acts under load (which helps in identifying bottlenecks), what server configuration is ideal to manage the load, and whether the present system is sufficient or new hardware is required.

In the end, I would like to say that you should test frequently to identify bottlenecks and remove them before it’s too late. Look for information like the typical user load on the site and the typical session duration. Before peak events, do massive, maximum-load testing to make sure your project is ready.