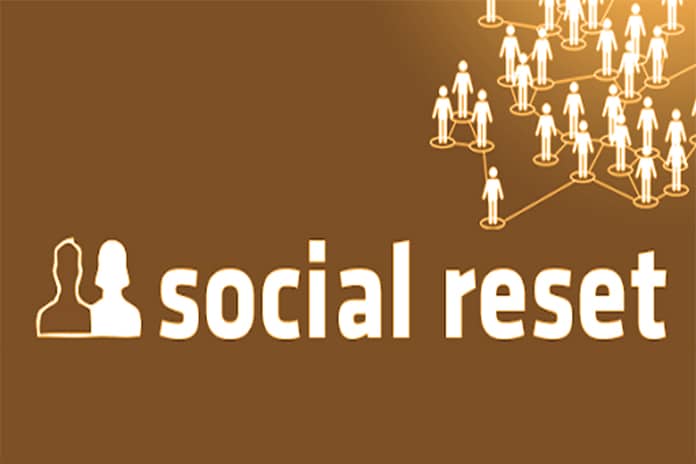 Do you know WeAreSocial? This global digital communication agency specializing in social media and present in thirteen countries publishes on its blog an annual report analyzing key trends related to social media for the next 12 months, which is called “Think Forward”. This year, the topic is “the Social Reset”.

What Is It About ?

The confinement has strongly influenced a large part of our lives in this year 2020 – where the first wave of Covid-19 saw more than 3.9 billion people confined to their homes – the role of digital tools and in particular of social media has been predominant for all of us.

So, as 2021 approaches, we see the people around us reassess the role that digital platforms like Facebook, Instagram, or Whatsapp should play in their lives, reconsider the sources of communication and information with which they interact, and relearn. to use social networks according to the changes that are shaking up the world.

It’s called the “Social Reset,” a sort of reset of the social media landscape and how we use it.

In “Think Forward 2021,” the sixth social media trends report to date, WeAreSocial explores how brands will need to relearn how to manage the ever-changing role of social platforms. By providing an overview of the trends that are expected to shape social media over the next year, the report, through 6 main themes, highlights several developments that business marketers are presenting on the web and social media would do well. to integrate:

Let us now see the content and the meaning of each of these parts, in order to try to understand what this famous “Social Reset” consists of.

1. The Simple Life: People Use Social Media to Connect With Their Core Values

This first part deals with the new priorities. The world of social media has become a highly individualistic and politicized space, which, in the context of the events of 2020, makes people want ever more information from their feeds. There is now an awareness that these powerful digital tools can be used for healthier purposes that place more emphasis on the important things in life.

According to the report’s authors, this is accompanied by notable behavioral changes on the part of social media users.

First, we see in society that people are getting closer to their local communities through digital channels. At the start of the Covid pandemic in the United States, for example, people shared a lot on WhatsApp groups on how to protect the most vulnerable. This application was also used to bring together families, couples, and friends who were suffering from estrangement. And even when the lockdown eased, people continued to help each other and communicate on social media to stay in touch.

Then, we realize that people tend to flee the real world and project themselves towards “simplified virtual realities”. This means that some of us prefer the artificial, but reassuring world of online media to real-life, anxious ones, especially in this time of health crisis.

Finally, it appears that more and more people are enjoying simple things on the web, like gardening. Green and natural content is in fact more and more popular on applications like TikTok or Tumblr.

2. Practical Activism: People Find Ways To Mobilize From Their Own Flows

Activism “in an armchair”, or in front of the screen of your PC, has long been mocked and despised. But over the course of 2020, digital activism has undergone a practical transformation. It has been supported by powerful online communities who, galvanized by famous voices who have risen on social media, have mobilized. And we realized that online action can translate into tangible offline changes.

People are using digital channels to make an impact in the physical world, whether it’s tackling systemic oppression or supporting those whose homes have been ravaged by natural disasters. For example, the amount of politically inclined speech has exploded on TikTok. More and more educational resources are being shared through Google Docs. Clickbait-type activism now inspires people to educate themselves. And big brands are also reorienting their feeds based on social movements that have their origins in social media.

We have heard many times over the past decade or so that social media damages our offline relationships. And while that outlook still holds true, it looks like another story is starting to be heard about it.

Instead of hindering interpersonal relationships or making them weird, some digital tools have recently shown their usefulness in providing their users with improvements in their offline life.

For example, Facebook updated its set of reactions with the “care” emoji, to facilitate more intimate interactions. TikTok has launched “Small Gestures”, in order to allow its users to send each other gifts. In addition, it seems that the general public has fallen addicted to video communication: Bumble introduced a video chat feature that has been very successful, while meetings on Zoom have become essential in many offices around the world.

4. Idols You Can Count On: People Want Social Media Influencers To Use Platforms Responsibly

In 2020, the major influencers have been observed under a magnifying glass. Between those who urged their fans not to respect the confinement and studies which have shown that a number of public figures had participated in the spread of fake news on social networks about the Covid-19, Internet users now hold influential social media personalities responsible, both in their actions and their opinions.

As a result, people demand more from the people they follow online.

This is part of a fundamental shift that wants to give more value to personalities – and anonymous – able to bring useful information to the public and to people’s lives. For example, a lot of health professionals have given advice without relying on social networks, and yet we know that this type of information is generally paid. It is also noted that more and more specialists exercising their talents in niche fields are gaining ground and audience, and therefore contributing to the fight against disinformation.

We remember, for example, this amateur cartographer who suddenly became famous after publishing a map showing the extent of the explosion that recently occurred in the city of Beirut.

Also Read: The Best News That Will Hit Instagram In 2020

For some time now, the horizon of social media has broadened. Influencers create content outside of their specialties to meet new needs. The platforms have also undergone changes, and many of them introduce new features to adapt to these changes in real time. Offline events have sparked digital reactions that see people and brands relearning to navigate the social landscape.

Communities, brands and platforms have been forced to adapt to a multitude of new content needs. For example, video game streamers on Twitch have produced lifestyle content, while creators on Instagram and YouTube have learned to use TikTok. Games like Fortnite and Animal Crossing have turned into true social hubs, as have fitness apps like Strava.

Creativity on social media flourished thanks to the democratization of tools and the ability to reuse what already existed. Today, content creation processes are becoming even more collaborative. Carried by a young audience with a collaborative mentality, and activated by tools and formats that encourage working hand in hand, flows are increasingly becoming a place to co-create, not just to consume.

And from this perspective, TikTok’s meteoric rise was a real tipping point. The platform’s fundamental characteristics and formats ensure that collaborative creativity is at the heart of its content.

Holistic Marketing: What Is It, And What Are The Main Pillars?

Holistic Marketing is a strategy that seeks to integrate the various sectors present in a single business. Its purpose is to generate a unique...
Read more
APPS