More
Home TECHNOLOGY Windows 10 Celebrates 5th Birthday: What We Celebrate And What Is Still...
TECHNOLOGY

Windows 10 Celebrates 5th Birthday: What We Celebrate And What Is Still Annoying 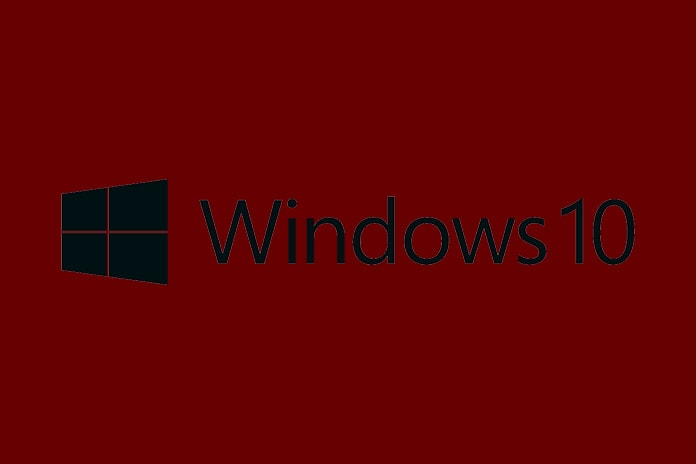 Windows 10 is not as new as many users think: Today, July 29th, the operating system celebrates its fifth birthday. With the two new versions per year, a lot has happened since 2015. There are a few things that are now really good, but also real nerve-killers that Microsoft cannot get a grip on. We call the tops and flops of Windows 10.

Windows 10 has been around for a while now. The Microsoft operating system celebrates its fifth birthday on July 29th. A lot has happened since the release in 2015, not least thanks to Microsoft’s tireless work and two major updates per year. Some things about the operating system are excellent – but there are still construction sites that are really annoying.

For me, Windows 10 is the safest Windows of all time, and Microsoft has made further improvements from release to release. Windows Defender, which Microsoft has given more and more new features, has played a large part in this. For example, Windows Defender has now taken over the exploit protection from the special tool EMET, there is protection against ransomware and manipulation protection so that the virus scanner cannot be secretly switched off.

What is in Windows Defender was also indicated in our last virus scanner test, even if it does not land as far up in the overall ranking as expected. In the important real-world test, which tests the protective effect in a practical manner, it shows first-class values. He still has to improve three things for a top-ranking: offline scans, false alarm rate and resource consumption. If you don’t notice this negatively on your system, you can save yourself the money for another virus scanner.

Also Read: How To Update Windows 10

Microsoft has eased its forced updates for Windows 10. Users are no longer pushed to new versions so quickly. That is a good thing. You can now stay on a Windows 10 version for 18 months, only then will Microsoft force the switch to a new version again because support will end.

So Microsoft is slowing down when it comes to forced updates, but I don’t see any great progress in update quality: Take Windows 10 2004, for which Microsoft allowed itself over a year to develop. In the end, you even had to block the update on your own Surface devices due to problems. Update quality where are you?

If you leave the problematic function updates out for a moment, Windows 10 runs stably on most systems, i.e. users see crashes and blue screens less and less. The driver support is also good; the bottom line is that we have significantly fewer problems with our test PCs than with the previous versions.

In times when user privacy is fluttering on every corner, Microsoft could be solid rock. Windows could consciously present itself as a system that protects the privacy of its users through clear, comprehensible setting options. But that is not the case.

Although Microsoft has stepped up in the area of ​​data protection in recent years, there are no data-saving default settings and a central switch to simply prevent all data collection. Users would have to readjust with third-party tools such as O&O ShutUp10 and that can have undesirable side effects. It would be better if the corresponding functions could be set cleanly in Windows 10 without having to spend a long time with them.

Anyone who has ever installed an older Windows will notice how quickly such a Windows 10 is installed. Microsoft accelerated the installation really well, especially on an SSD. The availability of installation media and update tools is exemplary and the latest recovery option with cloud connection is really good. This allows you to load and install a fresh Windows image on a defective system without additional tools. All you need is a functioning Internet connection.

Windows 10 is a mix of designs from several decades. Ancient tools stand side by side with new tools and apps. Old-fashioned window optics meet fluent design, with new and old icons and a wide variety of context menu options. In short, nothing is uniform here and that annoys many users.

In addition, a few basic setting options are missing, which today inevitably have to be upgraded using third-party tools. Need a transparent taskbar? No, there is no tick in the Windows 10 system tray settings.

Artificial Intelligence can be utilized to automate anything varying from jobs that implicate outrageous labour to the procedure of recruitment. That’s right several AI-based...
Read more
GADGETS

We'll show you how to optimally manage your RAM under Windows to avoid error messages and never run out of space.The main memory is...
Read more
SOFTWARE

What Is Assessment Software And Why Use It?

You must know what is the meaning of assessment. Assessment may be referred to as a process to assess the qualities, abilities, intelligence, etc....
Read more

We'll show you how to let YouTube videos run in the background on your smartphone.In the age of countless apps and registration cards that...
Read more

Artificial Intelligence can be utilized to automate anything varying from jobs that implicate outrageous labour to the procedure of recruitment. That’s right several AI-based...
Read more

With the help of apps, you can easily download YouTube videos to your iPhone or iPad and watch them offline.To be able to save...
Read more

This article will tell you what to do if the YouTube Videos comments aren't loading.If the comments under a YouTube video don't load, it...
Read more

Whatsapp: How To See Who Blocked You

You can find out very quickly whether a contact is blocking you on Whatsapp. We'll show you how.For privacy reasons, Whatsapp will not notify...
Read more

We'll show you how to optimally manage your RAM under Windows to avoid error messages and never run out of space.The main memory is...
Read more
Load more