Best Tier List For 3v3 In Brawl Stars By LDPlayer 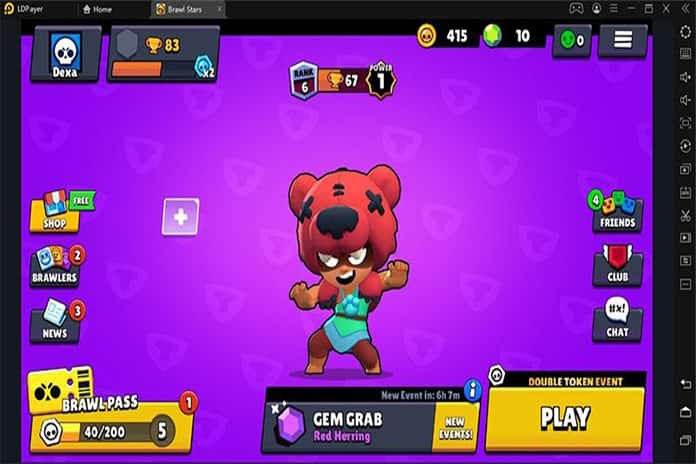 The gaming world is getting the right population from the online multiplayer battle arenas, and they do need a comprehensive platform to perform their actions now. A forum with super easy movements and the most accessible controls with advanced features would be ideal for those games. And if you want to have an extreme experience with such a game, here for you is the Brawl Stars. You can have chances to download Brawl Stars on PC right now.

LDPlayer is the world’s best and powerful android emulator to get chances for a better gaming experience, and now you can use it to play brawl stars. Gaming with LDPlayer for brawl stars would be much easier due to its running controls, and even you will have the fastest gaming experience with them. With its graphic enhancements and control features, you will experience a fantastic gaming experience for sure.

Brawl stars getting many improvements and updates from the game’s developers by being the most famous battle arena. In last year this game has added two new bawlers for it as Bryon and Edgar. And now it is the 3v3 tier list. All the brawlers are getting points based on their rankings or the places in the tier among all of its 6 in the modes of 3v3. So here we present you the best tiers based on their flexibility towards the gameplay and from their values to the game.

This ranking of the 3v3 tier list goes with the ratings of each brawler. This counts how much effective a bawler is to the overall gameplay. But you have to know that game is not going to a showdown by including these in the list. That is clearly because this tier list measures each brawlers’ performance when they engage in 3v3 gameplay. There are three types of tier lists available here as follows.

As a player, you have to know that this tier is the one that has the most advanced and beneficial brawlers in the game of Brawl Stars. It has super powerful brawlers from the gem grab mode as follows. 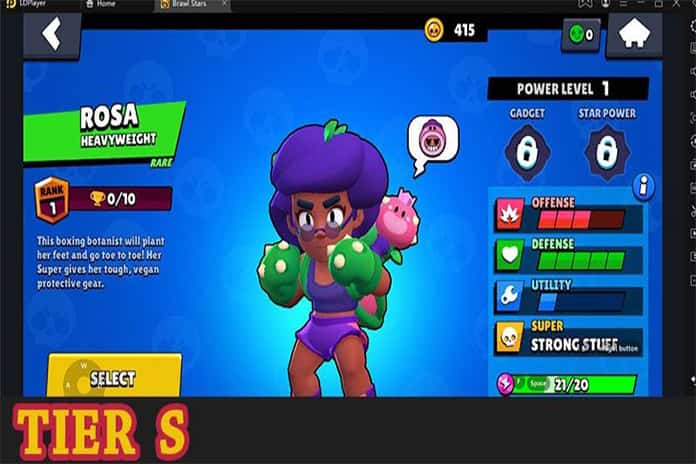 You have to remember that this S tier is the top-level situation of the whole game Brawl stars, and that is why it has a few amounts brawlers included with it. Because it has a value and there should be a worthy for the. The brawlers mentioned above are the best out of the best in the S tier for 3v3. 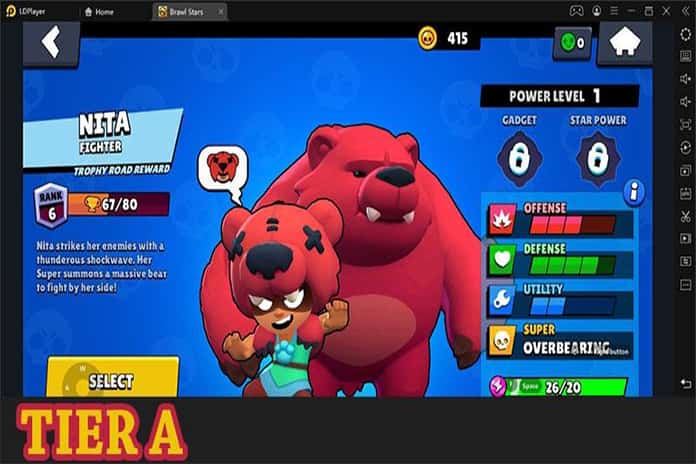 This is the middle-level brawlers’ consistency. It doesn’t say that middle-level brawlers are bad. They also have significant levels within them to be in the middle level. The tier A heroes perform great in the A tier, and they are a great deal for any kind of play due to their high performance and the best characteristics. These heroes initially have excellent characteristics within them to make gameplay a lot easier.

These are the brawlers known for tier A.

The brawlers belonging to tier B are not supposed to work as much as A or S tier brawler is doing. You have to know that B-tier heroes will not make a place among the two top tiers. But still, they have work to do. As these heroes are not a good as S or A, they are dedicated to the Gem Grab Mode. 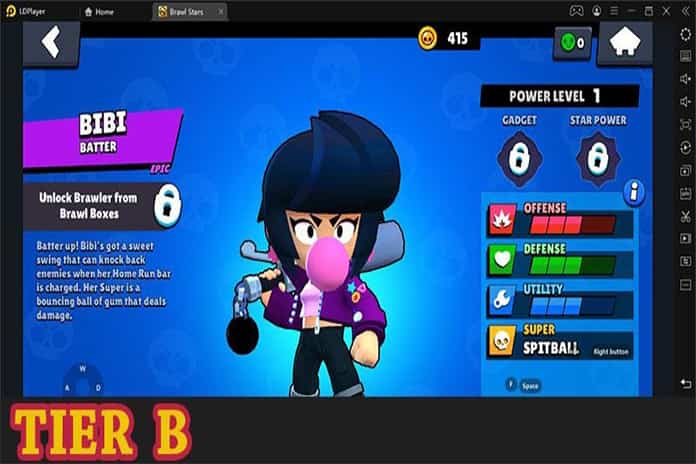 Gem Grab Mode is a 3vs three gaming mode, and it will be located in the center of the map with gems. It is spawning crystals every second, and as a player, you have to collect as much as gems you can when the time comes. If a brawler dies in an ongoing procedure, the gems he has already collected will be drop-down, and the enemies will collect those.

If your team gets ten gems for it, you are going to see a countdown. Countdown will only last for 15 seconds and when it happens to your team of the Brawl stars has to bring all the gems their enemies take don that is not reaching the ten count. So for this whole procedure, you can use the tier B heroes. Do you want to know them? Here we present you the ones identified as heroes in Tier B.

Which one should you pick?

You have to know that these tiers are not the whole tier teams, and there is another F tier list. We are telling you to pick up any of them because it has no more strongest heroes for it. If you ask us for the recommendation for selection, our first placement will go to the Tier S heroes. Our tier placements are made according to the importance of the heroes, and tier S and A are coming under the recommendations’ tops.

If you intend to choose tier B heroes, it is better to select the Gem Grab mode to take their best as the best brawler. Al of the A and S tiers will help with a great gaming deal, but tier B is the only one who gains chances in Gem Grab when you decide to move onto another next time gameplay.

You have to know that there is a rerolling system available for Brawl stars to choose their best brawlers. So once you enter into rerolling, you will never get a chance to finish it as soon as you can. And it doesn’t guarantee for you to give the exact hero you want. So once it is coming, you have to try with breaks. Because of one rerolls, it will take some time to give you another chance. 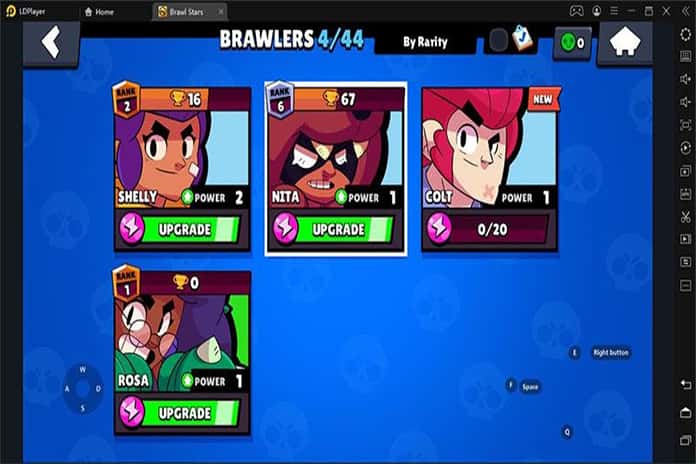 But what if you have the opportunity to do several rerolls in a performance with the use of the synchronizing tool of LDPlayer, and it will let all players perform several rerolls in one time. So there is no need for a concern time-wasting, and you now have LDPlayer to catch up with all the situations.

Brawl stars is a funny and cute game to enjoy your gaming world, and those tiny minor characters have to run as many as they can until they reach a win. Gaming with such a running and surviving would never be easier without the emulator LDPlayer. Remember these all methods and enjoy a better version of Brawl Stars right now with LDPlayer. So hurry up and grab your game and use these best heroes for your successful 3v3 for sure.

Also Read: The Detailed Process Of Activating Hyper-v On Windows 10

Three Easy Steps To Uplift Your Business With QR Code

Contactless payments are the new normal. Have you dined out recently and got QR codes to pay the bill or search for the menu?...
Read more
BUSINESS

Software And Automation To Optimize The Activity Of Accountants And Firms

Specialized management software dedicated to accountants. Running after the obligations, managing customers, collecting documentation, and informing yourself about new regulations are among the main...
Read more
APPS

Why Migrate To MICROSOFT 365?