Brexit Deal: What Will Change For Logistics Companies? 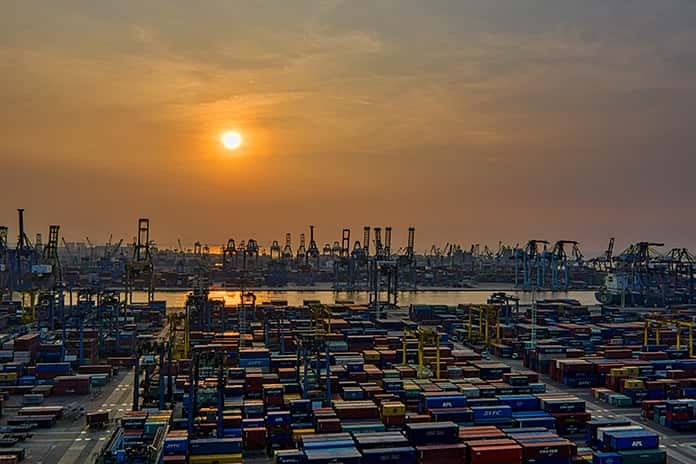 “It took a long time, and now it is a reality: The United Kingdom and the European Union were able to agree on a trade agreement and thus bring the years of negotiations to an end – more or less satisfactory for both sides. In the summer of 2016, the British people decided to leave in the form of a referendum.

However, this was a long time coming because the British wanted to be independent of the European Union but did not want to accept all the consequences of leaving. However, no one on the EU side wanted a no-deal Brexit – trade relations should remain intact despite everything.

Since the beginning of 2021, the new regulations regarding the movement of goods have been in effect, but in no time they have caused confusion and chaos at the borders. But what does the final implementation of Brexit and with it the decline of the free internal market between the island and mainland Europe mean for logisticians, and how can they circumvent the mishaps of the uncertain early days?

“For years, Great Britain, like the rest of the member states, benefited from the free movement of goods within the customs union. In principle, imports and exports within the EU, so-called intra-community shipments, are not subject to any restrictions.

This freedom is no longer applicable, and all goods that logistics companies import from a non-EU country have to be cleared through customs. There is no problem with a container T-shirt from Chple because it only contains one promising, albeit in hundreds of copies. But a British truckload for an Irish supermarket branch – i.e. within the European Union’s legal area – typically contains all the goods that this branch needs, from eggs to toilet paper to fruit.

Also Read: How To Build Your Online Business Presence In 2020

A customs and import declaration for the EU required after the exit stipulates that all different types of goods in a load must be listed individually and checked accordingly. An additional administrative effort that every logistics company with trips to the United Kingdom should be prepared for.

every logistics company with trips to the UK should be prepared for. Rethinking loading could turn out to be a way of avoiding these long waiting times by letting companies load their trucks with only one type of goods. Each person concerned has to independently calculate whether the additional kilometers resulting from paperwork and waiting time are worthwhile. ”

2. In the Maze of Bureaucracy

“Not only the goods controls cause complications at the new EU external borders. Whole catalogs of guidelines for the transfer of freight, which member states of the customs union had been spared for years, now come to logisticians with ties to Great Britain.

This leads to a considerable bureaucratic burden both for the local industry and for the customers on both sides. Incorrectly completed or missing papers can cause delays in the transfer and have already caused chaos for deliveries between the island states – trucks had to turn back because they could not produce the required forms.

These organizational teething troubles were difficult to prevent due to the unclear political situation. However, to avoid delays and general confusion, it only helps logistics regularly ancanthoroughly inform themselves about all innovations. It is not easy to manage the situation at the borders, and thus, the individual handling processes seem to change every day. Affected companies only receive reliable, above all, up-to-date information from official bodies – the responsible customs authorities. ”

Also Read: Pros And Cons Of A Manufacturing CRM

“The financial burdens for logistics companies are not only increasing due to rising personnel costs, resulting from the additional bureaucratic effort and waiting times at EU borders. Even the tariff exemption, which is actually enshrined in the trade agreement and advertised as a great success, only turns out to be a good deal at first glance. The decree agreed with the EU does not apply to imported goods and then immediately exported again.

Great Britain runs the risk of losing the position it has built up over the years as the linchpin of European domestic trade, leading to fewer orders for logisticians who are dependent on cooperation partners from the island. Alternative routes and additional intra-European business relationships can act as a falling net and ensure ongoing operations in the event of long-term misery at British borders.

It is difficult to make predictions for the future – all parties have to adapt to the new regulations and adapt their processes. How big the additional costs and financial losses ultimately turn out to be for logistics companies depends on how quickly they adapt to the situation.