More
Home GADGETS How To Connect Speakers To The Television? Here Is How It Works
GADGETS

How To Connect Speakers To The Television? Here Is How It Works 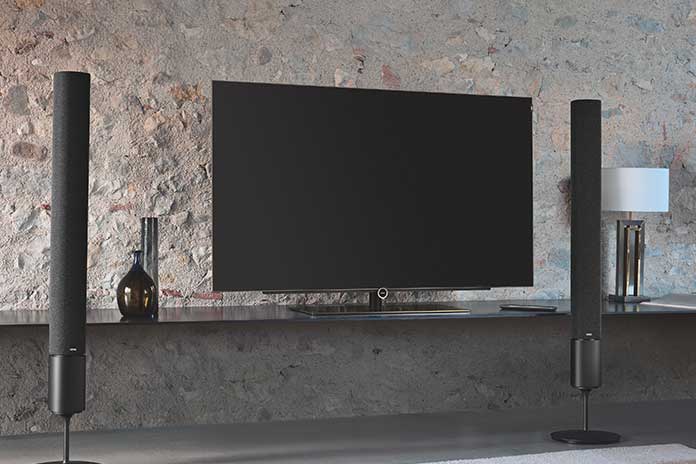 Televisions often offer an excellent picture but disappoint when it comes to sound. With external speakers, you can achieve a much more cinema feeling.

The internal speakers of televisions are often significantly worse than the picture on the TV. But there are many ways to connect external boxes. We’ll show you how this works below.

What kind of systems are there?

Before you deal with connecting speakers, you must first consider the different types of speakers for televisions. On the one hand, there are systems designed for televisions. These are essentially soundbars and surround systems.

Soundbars are flat, often almost TV-wide, active speakers placed under or directly in front of the TV stand. Surround systems usually consist of six (5.1) or eight (7.1) speakers, either as an active system for direct connection to the TV or as a passive variant for connection via an amplifier. Surround systems, however, require a lot of space and either several meters of cable or a wallet that can shell out a decent radio system.

On the other hand, there are no loudspeakers specifically intended for TVs: Here, there are active boxes with their power supply and amplification and the classic hi-fi boxes for connection to the amplifier.

What connection options are there?

HDMI: The high definition multimedia interface has long been the standard connection for televisions, computers, recorders and all kinds of screens. However, since HDMI can also transmit audio signals, it is used more and more to connect speakers, especially for soundbars and modern surround systems. The big advantage over the digital competition S / PDIF: HDMI has more bandwidth – S / PDIF cannot transmit Dolby True HD without first calculating the amount of data using the software.

S / PDIF: This is an interface from Sony and Philips that enables the transmission of digital audio signals. Here you will find two different types of connection: On the one hand, there is the optical transmission with TOSLINK cables – you can often recognize the sockets on the television by the shimmering light behind a cover.

On the other hand, there are cables with cinch plugs, which are not red or white but mostly orange in contrast to the traditional analog cables. The disadvantage: devices have to match each other. Otherwise, the connection will not work – so only certain soundbars and surround systems, and isolated stereo active speakers, come into question.

Cinch: The good old cinch plug is still standard in hi-fi systems, and televisions also offer such outputs. Cinch plugs always come in pairs for the left and right audio signal – in other words: nothing more than stereo works with an analog cinch plug. Cinch-based surround systems require a correspondingly large number of outputs on the TV set.

Jack: Jack plugs also process analog stereo signals like their cinch colleagues but in a single plug. This has two disadvantages: On the one hand, the connectors are more susceptible to physical damage. On the other hand, if boxes are hard-wired and you set up the left and right boxes the wrong way round, you can turn the two plugs on the TV with cinch – with jack, you would have to move the boxes.

Bluetooth: Of course, modern smart TVs also offer Bluetooth signals passed on to soundbars or completely ordinary Bluetooth speakers. This has two advantages: On the one hand – logically – you don’t need an annoying cable. On the other hand, the soundbar or speaker system can also be connected quickly and easily to other devices, such as a smartphone.

How and which boxes you connect depends on the outputs on your TV and other hardware. For example, if you have a hi-fi system with really good speakers in your living room, a simple analog cinch cable is the fastest, cheapest and often best solution in terms of sound. For soundbars and surround systems, HDMI is particularly suitable, as it is widespread and will probably still work on the next television set.

The speaker/amplifier inputs are less important than the TV outputs: in electronics stores, you can get adapters for pretty much everything, for example, from HDMI to jack, so that only the audio signal can be forwarded in analog form and via a jack cable.

Also Read: Why The Quantum Dot Is The Hottest TV Tech Going?