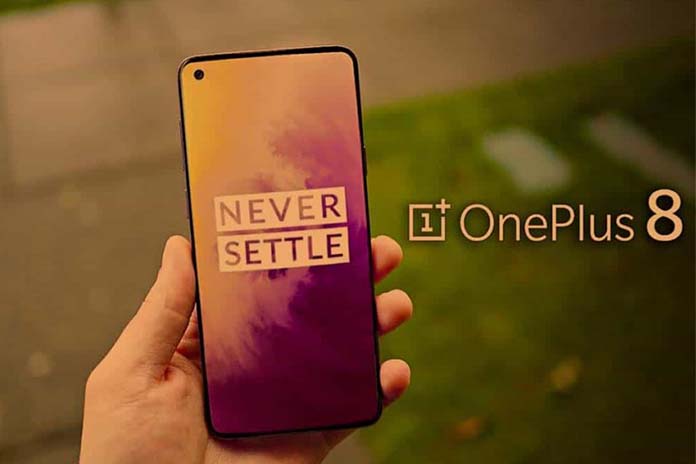 We could be a few days away from knowing the next range of OnePlus 8, formed by a standard model, another Pro and a third that could have a lower price range. So are the new smartphones that OnePlus will present.

The company’s latest smartphone launches were the OnePlus 7 and OnePlus 7T series. For the first time, both phones were announced along with the Pro versions, and while the OnePlus 7 Pro also saw a 5G variant, the 7T Pro also came with the McLaren edition.

This year, key to the company, it is rumored that OnePlus will present an 8 Lite model within the OnePlus 8 line, along with two other standard and Pro models. However, another recent leak speaks only of the OnePlus 8 and OnePlus 8 Pro, Not to mention the Lite.

There is not much information about a OnePlus 8 Pro 5G model, but with an integrated X55 5G modem due to the use of the Snapdragon 865 processor we can well anticipate that it will support this technology. In fact, all three OnePlus 8 models could have 5G.

For those who have followed the company since the original OnePlus One, announced back in 2014, it should be said that prices could fall to those levels of € 269 to compete in this range, as it did with the Galaxy S5, LG G3 , HTC One M8 or Sony Xperia Z2.

Over the years, we have seen how OnePlus has gradually increased its prices to the upper middle range, so that the current line moves around the figure of € 599 for the OnePlus 7T and the € 759 that costs the OnePlus 7T Pro .

We have not seen a cheaper option since the OnePlus X model, a unique special edition that was announced at the end of October 2015 at a price of € 269.

In the case of OnePlus, some key specifications have already been confirmed before launch, in addition to the inclusion of a new screen with 120Hz refresh rate, manufactured this time by Samsung.

This Fluid AMOLED panel is a Quad-HD + screen that will apparently record touches at 240 times per second, and will have more than 1,000 nits of brightness. The colors will be more precise than ever, in addition to the combination of a new MEMC chip and an intelligent algorithm will help the videos look more fluid.

In this article, we will see in more detail everything new that is to come with the OnePlus 8, OnePlus 8 Lite and OnePlus 8 Pro, gathering in one place all the filtered information, in addition to relying on our deep knowledge of the history of the company.

In fact, the latest rumor refers to a patent that suggests that OnePlus is considering that all cameras on their smartphones are hidden and have protection against damage, above the need for a flashy trick.

When Does The OnePlus 8 Come Out?

It was expected that the new OnePlus 8 range would maintain the company’s clock cycle established in 2019. However, according to their websites, these phones will continue on sale in April, so it makes us think that OnePlus will further space their launches .

How Much Will The OnePlus 8 Cost?

Everything points to OnePlus maintaining its price range in the standard and Pro models, which are € 599 and € 759 respectively, although it is possible that you will be forced to raise it if you finally implement 5G connectivity. A higher price would explain the arrival of a cheaper model.

What Are The Differences Between The OnePlus 8, OnePlus 8 Pro And OnePlus 8 Lite?

OnePlus 8 Pro will be, for obvious reasons, the top-of-the-range model of the new series, with the largest screen (6.7 inches), the largest capacity battery (4,500 mAh), the fastest charging (50W) and the Better cameras.

The most interesting thing is that it will also be the model that carries the 120Hz screen and it is rumored that for the first time in the company, a OnePlus model implements the wireless charging for its battery.

Below you will find the OnePlus 8 and, in exchange for a slightly reduced price, you will get a slightly smaller screen (6.5 inches) and a slightly slower but still powerful (30 W) load through a connection by cable and without wireless charging.

It is unclear whether or not it will support a 120Hz refresh rate (90Hz is more likely), but in common with the Pro, it will have a Snapdragon 865 that integrates a 5G modem as standard. The battery capacity will also be a little less than 4,000 mAh.

OnePlus 8 Lite will be the cheapest of the three models, in large part because it will run a MediaTek processor instead of Snapdragon, and you could see how the occasional specification is limited, including the smaller screen (6.4 inches) and a battery 4,000 mAh.

Originally designed to have a dual lens rear camera, it is now expected to present a trio of aces on the back, which could mean a significant change in the arrangement of its camera sensors.

This Lite model will definitely not have a 120Hz screen or wireless charging, but it should have the same front screen appearance with the top notch or the perforated selfie camera in the center of your screen.
A link published by Slashleaks leads to what would be the specification sheets of the three OnePlus models discussed here; the OnePlus 8, the OnePlus 8 Pro and the OnePlus 8 Lite.

What’s New In The OnePlus 8?

The first information leaked on the network about the OnePlus 8 dates from October 2019, even before the OnePlus 7T went on sale. Here we contemplate the first renderings shown by @OnLeaks and CashKaro.

The renderings do not reveal a drastic modification compared to the OnePlus 7T design, but instead of the notch of the raindrop-like screen to house the selfie camera, we now see a Samsung Galaxy-style perforated hole on one side.

The report also suggests that we will see a 6.5-inch curved screen in the standard model (Pro is expected to obtain a 6.65-inch or 6.7-inch screen), which will measure approximately 160.2 x 72.9 x 8 , 1 mm
Of course, while OnePlus has confirmed many details about the new 120 Hz display, the screen size is unknown. It is expected that users can reduce the refresh rate to 90 or 60Hz to preserve a better battery life.

Various TrueTech filtered images have appeared on the network, showing the description of the new OnePlus models with the following configurations:

Once seen how the various leaks confirm that there will be a OnePlus 8 Lite model, it seems that the arrangement of its elements varies slightly, since the selfie camera is in the central part, and the rear cameras encompassed under a rectangular arrangement.

Rumors also suggest that this triple lens configuration will comprise 48Mp, 16Mp and 12Mp lenses, while the Lite will also feature a 4000mAh battery with a 30W Super Fast charge and 128 or 256GB storage.

It is not expected that a cheaper Lite model will offer a display with a 120Hz refresh rate; not even wireless charging, as the higher models would have. As for the processor, it would be a lower model than the Snapdragon 865.

According to The Indian Express (although we are not clear about its origin), the OnePlus 8 Lite would run with the MediaTek Dimensity 1000 processor, which apparently has an integrated 5G modem. Could that mean it will be an affordable 5G terminal?

91Mobiles suggests that the screen would have a diagonal of 6.4 inches, as well as dimensions of 159.2 x 74 x 8.6 mm, so it is a bit thicker than the OnePlus 8. It also states that it will have a sensor of fingerprints integrated into the screen.

Its rear panel would be made of curved glass and finished in degraded colors, as well as a USB-C port and notifications and alert slider, but without a 3.5mm headphone jack.

Will The OnePlus 8 Be Waterproof?

For those who still expect a waterproof OnePlus phone, it is expected that the company will continue without considering this other feature that other premium models of other brands in the market do have in mind.

However, the fact that OnePlus is not willing to pay for IP certification (which would have an impact on the final price of its devices) does not mean that they are not water resistant. In fact, the company shared the following video a year ago with the arrival of the OnePlus 7.

Also Read: The Importance Of Customer Loyalty For A Company