Self-Driving Cars And How Do They Work 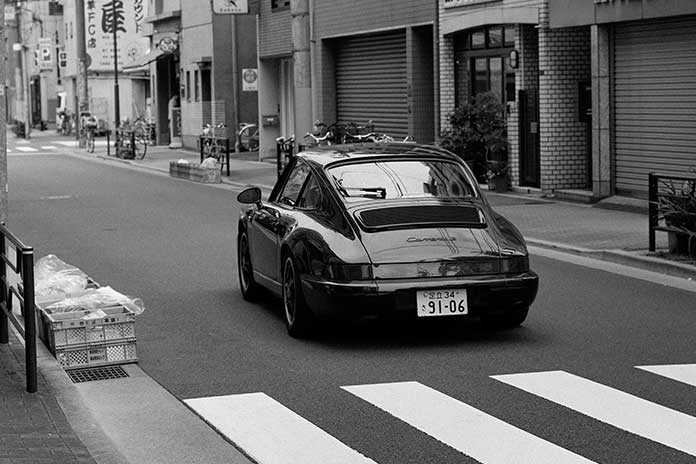 It started with “maybe impossible” about self-driving cars and led to “definitely possible.” Over the past years, it had become commercially available when Waymo emerged from Google’s driverless car project and officially started it in Dec 2018.

It was restricted to a few riders only while having safety operators on their backs. Later, it became publicly available to run the robotaxis without drivers inside. However, not everyone is aware of these autonomous cars. So, let’s explore more about self-driving cars, so you can decide to get one for you too.

What are Self-Driving Cars?

It started before 2000 with antilock brakes and cruise control with incremental automation features for safety and convenience. Later, between 2010 and 2016, automatic emergy brakes, rearview video cameras, and lane-centering assistance were also included to enhance the innovation in AI technology.

After 2016, some more automatic features to stay in the driver’s lane with safety, the self-park ability, and ACC technology while making the car partially autonomous. Remember, fully autonomous cars are not available yet and can take further years. The main reason is the unqualified infrastructure that doesn’t matches with the driverless car’s working. So we would have to work on that one too.

How do Autonomous Cars Work?

Furthermore, the car’s software processes all the sensory input and sends instructions to the car’s actuator. It further controls the different compartments, including braking, steering, and acceleration.

The U.S. National Highway Traffic Safety Administration (NHTSA) explains five autonomy levels while starting from zero, the drive is required to the fifth, where the car is fully autonomous. Here’s a list:

Of course, self-driving cars are not entirely autonomous and still require a person to sit inside the cat to operate. However, you can achieve the highest level of autonomy till now. At the same time, you can find some cars with lower autonomy levels but still have some driverless driving features. Here’s a list of some common features:

Do You Need a Driving Licence for Autonomous Cars?

In the future, you may not need a license for these autonomous cars. Still, you may require to pass the driver learners test and practical driving test to qualify because it’s important to know the basics of the rules and regulations to drive on the road. As discussed earlier, these cars are not entirely autonomous and still require commands by the person sitting inside them.

Besides some cons, there are many challenges to the innovative technology equipped in these cars. For instance, tunnels on the roads can divert the GPS accuracy. Another great safety challenge can be recognizing the emergency vehicle, like Police and Ambulance, to let them pass. At the same time, interacting with unidentified objects on the road might also be challenging.

In a case study in March 2018, an autonomous Uber car ran over a pedestrian and ending up causing injuries to the person. Later, it was found that the software did recognize the person and failed to avoid hitting her.

However, China is working to overcome these safety challenges to society due to autonomous cars. Also, they are designing urban infrastructure to ensure it meets the self-driving car’s working for further safety.

Pros and Cons of Driverless Cars

One of the important benefits you’re going to get from these cars is incredible safety. Actually, most traffic accidents that lead to deaths are due to human errors, either negligence, being distracted, or drunk. According to NHTSA, around 94% of serious crashes are due to human errors. So, these errors can be minimized through innovative self-driving cars.

However, there are chances of severe accidents due to car system errors because this system can also break down. Unless this technology is upgraded to levels where system errors are minimized to zero. In that case, these driverless cars can be considered absolutely safe.

Team GmbH is now celebrating its 40th anniversary and the inauguration of a building extension. The IT company was founded in 1982 in a...
Read more
BUSINESS

Scrum is a framework that helps teams work together. This framework encourages the teams to learn through experience while resolving a problem in the...
Read more
GADGETS

Amazon Fire TV Stick is a system to make a regular TV smart, and thanks to the interaction with Amazon Alexa, it is also...
Read more

With countless TikTok videos, the users will like particular videos. At a sudden of scrolling videos through the TikTok 'for you page,' you might...
Read more

Sanction List Check: On The Safe Side With The Right Software

Companies are forced to check whether their business contacts and employees are on international sanctions lists. Otherwise, there is a risk of high penalties...
Read more

Scrum is a framework that helps teams work together. This framework encourages the teams to learn through experience while resolving a problem in the...
Read more

Amazon Fire TV Stick is a system to make a regular TV smart, and thanks to the interaction with Amazon Alexa, it is also...
Read more
Load more