The Top 10 Segments In The Internet of Things 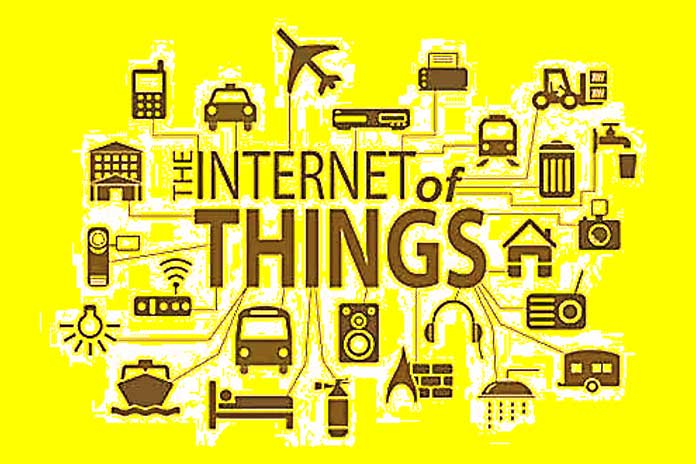 IoT projects are becoming more and more critical in 2021. From 1,600 real company projects, IoT Analytics has compiled a list of the top 10 segments in the Internet of Things for 2021. The result: intelligent city initiatives come first. The year 2021 has picked up speed – a good occasion for IoT Analytics to check the colourful marketing promises for actual IoT implementations that prove their value in practice.

As seismographs of the Internet of Things, we have again scoured thousands of homepages to analyze, classify and summarize 1,600 IoT company projects in a brand new, clearly structured database. We not only filtered out the ten most important IoT segments in 2021 but also gained a wealth of additional information and insights, some of which we would like to present here (for comparison purposes, we recommend a look at the top 10 most important IoT applications in 2019. ).

While Connected Industry was still the leader two years ago, Smart City is at the top in 2021: 23% of the identified IoT projects can be assigned to this segment. The numerous innovative city initiatives tackled at the state and municipal levels worldwide are driving the upward trend. Well-known examples of IoT initiatives in metropolitan areas are Singapore and Barcelona.

Industry 4.0: Strong Presence Outside The Factory

17% of all researched IoT projects are implemented in the industrial sector. They concern digitized and networked “things” that can be found inside and outside the classic factory environment. One of the most common applications is the monitoring of industrial plants in remote environments. Typical projects here are the remote monitoring and control of networked cranes, forklifts or drilling rigs, and entire mines and oil fields.

The networked mine shows that Cisco operates for the Rio Tinto Group in Western Australia. Automation and control projects in the “smart factory” are the second most common category in Industry 4.0. This segment includes comprehensive, highly complex solutions such as production monitoring, wearables for production employees, PLC remote control or automated quality security systems. At 45%, most of the related industry projects are located in North / South America.

Also Read: Top 10 Trending Technologies You Must Learn In 2020

Connected Building: The Climber Of The Year

Networked building technology has seen the most robust growth of all segments since 2019 (+ 7%). 61% of the projects identified here relate to building automation and aim to reduce energy costs. How well this can succeed is shown by the hotel chain Marriott in China, which has reduced its energy-related costs by 10 to 15% with automation solutions. 39% of related building projects related to building security and 31% to HVAC applications.

The number of projects in connected vehicles has more than doubled since 2019, focusing primarily on vehicle diagnostics (77%) and fleet management (57%). An example of this is the Irish company TracknStop, whose remote control software enables diagnostic applications such as real-time tracking, sensor data monitoring, and remote control of vehicles.

LPWAN Connectivity On The Rise

Only 7% of all identified IoT projects use the pioneering LPWA technology (Low Power Wide Area). Almost two thirds (64%) of these projects are in the innovative city sector. The others are in the smart agriculture and intelligent energy segments. With 37%, 21% and 19%, LoRa, SigFox and NB-IoT are currently the most successful representatives of the new technology.

More than half (54%) of the IoT company projects are primarily intended to save costs. Only 35% aim to increase sales by z. B. new IoT products and services are offered. 24% of the projects aim to improve safety in general, e.g. B. through modern monitoring systems with real-time alerts and notifications.

IoT Projects In Companies: More, But Not Necessarily Bigger

Although the list of 1,600 IoT projects does not claim to be exhaustive, our research suggests that the total number of projects announced or initiated worldwide is still manageable. Considering further data, the number of IoT company projects (including those not yet generally disclosed) should be between 10.00 and 30,000.

This estimate is in line with our modelling of the overall market and the observation that the market, although not explosive, is growing steadily at 30-40% – supported by numerous pilot tests or smaller rollouts and marked by some above-average “outliers” such as the Smart- City segment. The continuous growth is likely to continue in 2021.

During our research, we also came across some rather unusual IoT projects that we would not like to withhold from you:

In an extensive three-month research phase, our experts identified and verified numerous IoT projects. The websites of all significant IoT providers were examined for documented use cases. Our list of more than 450 IoT platforms and the list of IoT projects from 2019 served as the basis for identifying these big players. To also include newcomers in the Internet of Things, we also conducted expert surveys and further research.

A comprehensive, systematic keyword search supplemented this to eliminate potential data distortions and expand the existing database. Scope of the study: The study focused on enterprise IoT solutions that are either implemented by the companies themselves or sold to companies; Pure consumer applications such as wearables or home automation technology were not considered.

To be included in the study, the IoT projects had to meet the following criteria:

Would you like to find out more about our market research or take a look at our list of over 1,600 enterprise IoT projects? Download an excerpt from the list as an EXCEL file or an excerpt from the metadata analysis as a PDF file. We recommend the list to all IoT players as a valuable reference tool and update it, including the associated comments, with new data in 2022.

Test manually or automatically? All software developers face this question sooner or later. Today, we find out the advantages and disadvantages of both types...
Read more
CLOUD COMPUTING