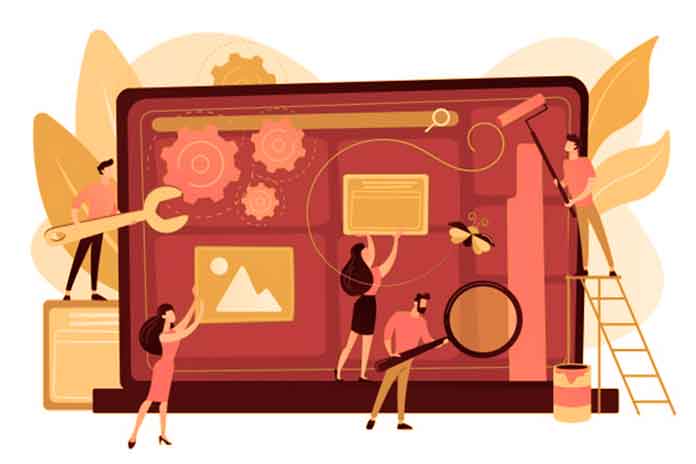 Web application development services rely on modern frameworks to assist in developing websites and applications. Websites have become a necessity for modern businesses and the demand for developing websites is constantly on the rise. To maintain the supply and to meet the diverse regulation requirements, using a framework helps in more than one way. Frameworks allow developers to insert snippets of code with generic functions that helps them save the time of manually coding each element and function. Compared to conventional methods, using a framework is highly efficient and much quicker to use.

Frameworks are endorsed by thousands of developers, making them reliable to use. They help in configuring a web application quicker, saving time and money. Moreover, due to availability of massive snippets and codes, developers can cater to a high volume of projects in a time efficient manner. However, that is not all; frameworks also make it easier to maintain and update websites. Frameworks can help with the back end coding process, as well as front end functionality. Therefore, it is essential to know which framework is best suited for your objectives. Here are some of the top frameworks for web application development services:

Django is one of the most dominant MVC framework that relies on python for web application development services. One of the key features of Django is its authentication and messaging ability. Another great benefit of Django is the security feature it offers developers, which results in secure websites and applications. It also makes it easier to prevent code execution in the template layer, lowering risks of hacks.

Laravel is a MVC framework that works with PHP. It is one of the most used framework in the world. One of the best features of Laravel is that it has API support and offers a variety of packages to make the framework usable with a range of applications. Laravel is comparatively easier to master and work with, which is why it is preferred by new developers, as it makes it easier to navigate and explore the development process. However, compared to Django, Laravel is considered on a weaker side and may have trouble handling large processes. Laravel is most commonly used by developers, as it makes it easier to program a lot of elements, which includes server side rendering and dependency injection.

Angular is another renowned framework that is used for front-end development. For web application development services providers, Angular can help in making rich one page applications. Angular uses Java language and offers vibrant framework that can handle complete client side application development. Angular is great for developing single-page applications and that is where it lacks among its competitors. The framework does not size up to other frameworks and is known to be difficult for SEO practices. Angular is developed by Google, and is used by some of the industry giants such as PayPal and Microsoft. Angular is an open-source framework that relies on typescript. It makes it easier to manage websites and is dominantly used by some of the biggest websites such as Netflix, Upwork, and Lego.

React is a front-end framework that is used to make lightweight applications. Making client side application using React is comparatively easier, while React Native can be used to make high performance mobile applications. Although Reach is not virtually a framework and more like a frontend library, most developers consider it as a framework. Reach uses a component based architecture that helps speed up dom-manipulation and can be mastered fairly easily. While React is primary used for client side development, it can be used for server-side development as well, meaning it can perform as a front-end and back-end framework. React is developed by Facebook and is used for maintaining Facebook, as well as Instagram.

If you need web application development services based on speed and dynamics, then Ruby on Rails is the right choice for you. The dynamic framework is the ideal choice for developing high speed applications. The comparable speed times on applications made using Ruby on Rails is estimated to be ten times faster than other frameworks. Being a backend framework, Ruby on Rails has all the features and elements you need for a database driven application, offering high speed processing. The quick processing and data handling of the framework is one of the factors why large websites such as AirBnB, Hulu, GitHub, and Groupon rely on the framework.

Another MVC based framework is Spring, which uses Java language for its programming. Spring has been a success in the market, and widely adapted by renowned industry websites such as Wix.com, BillGuard, etc. due to its ability to scale business practices quickly. Spring has several sister projects that make it easy to scale projects made using Spring framework. Being developed on Java, Spring offers several security and performance benefits to developers, making it a pro-level framework. Spring is unique in the MCV framework category. While most MCV frameworks are based on push architecture, Spring uses a pull-based architecture. This makes it easier to bind data using user requests which is captured by the View Layer and coverts objects into manageable elements in the Model Layer.