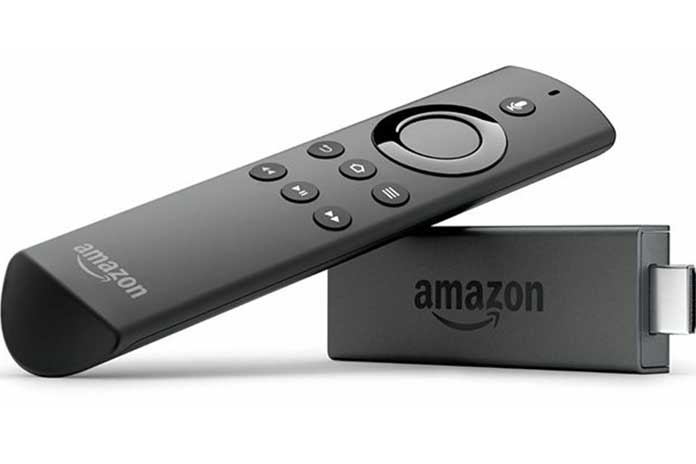 Amazon Fire TV Stick is a system to make a regular TV smart, and thanks to the interaction with Amazon Alexa, it is also possible to control the TV by a voice from the Amazon Echo speakers and the supplied remote control: let’s try to understand more about this TV Dongle (technically these devices are called this), as well as discovering today’s offers.

Amazon Fire TV Stick: What It Is And How To Use It

The Amazon Fire Stick TV visually resembles a USB stick (technically, it is called a TV Dongle ), with the difference that it has an HDMI connection to plug into the ports on the TV. The key, which must also be connected to electricity and the Wi-Fi network (to find the contents), can be seen on the HDMI channel of the TV (just like a DVD player or a Sky box) and can be controlled with the particular remote control that is inside the package. In practice, it is a mini-computer, with its operating system and different applications, both videos (YouTube, Netflix, in addition to the inevitable Prime Video) and games, which can be played using the remote control.

The purchase of the device can be made exclusively from Amazon, and Amazon Prime subscribers have a great discount available; among other things, the subscription allows you to watch the series and films on Amazon Prime Video for free. In practice, therefore, the Amazon Fire TV Stick creates an innovative environment on television from which games and applications can be used. It differs from similar devices, like Chromecast, because it doesn’t mirror content played on another device (like a smartphone) but is, in effect, a small computer in its own right.

To date, three types, “generations,” of Amazon Fire Sticks can be found on the market.

The first generation is now obsolete and dates back to 2014; it includes only the device’s essential functions.

The second generation, presented in 2017 and marketed since 2017, is the most present in Italy (known as Fire Stick TV basic edition). In addition to having better technical characteristics than the previous one, it brings the predisposition for integration with Alexa.

The third generation, presented in 2018 and marketed in 2019, supports full Alexa integration (so the TV can be controlled by the voice from the remote control and Echo devices) and adds the Amazon Fire Stick 4K version to the catalog for support for this resolution. The 4K version (more expensive than the standard version) supports UltraHD resolution, also known as 4K, with 60fps.

This is an exciting technology for those with new generation televisions that support this technology (and there are now many), along with other technologies such as Dolby Vision, HDR10, HLG, and HDR10 + and, for audio, Dolby Atmos. This is an exciting addition for those who want to get the most out of their favorite shows and those who are buying the Fire Stick for the first time, considering that the new generation has completely replaced the old one for the same price.

One of the essential functions of the Amazon product is the integration with the Alexa voice assistant. To make it work, it is necessary to have, in addition to the Fire TV Stick, any device with Amazon Echo. It is not essential that they are connected to the same Wi-Fi network (although it is undoubtedly the best solution), but only that they are connected to the same Amazon account. From the settings, it is possible to match a single Echo device, the one closest to the TV, to a single Amazon Fire Stick.

With both products connected to the Internet, you can control the TV with your voice. The commands that can be given are from the simple start and pause of the playback up to asking what movie we want to watch, what game we want to open, and on which service (for example, “Alexa, show me episode 2 of the second season of Stranger Things on Netflix “). You can also ask for additional functions, for example, doing a search on the Internet (with the results controllable from the TV) or asking for the weather, small but exciting features of the Fire Stick TV. In addition, on some Echo-compatible TVs, you can even use Alexa to adjust the volume, change channels or turn the TV off and on; however, it is not enough to have the Fire TV Stick. But the whole TV must be compatible.

An exciting addition to the Fire Stick is remote with Alexa. Marketed with the new generation of Fire Stick but also compatible with the old, it prevents the “problem” of having the Amazon Echo use the voice assistant. In fact, with the remote control, it is possible to speak directly into the integrated microphone to see the screen perform our actions. The remote is linked with Alexa, which can do everything it usually does, such as managing lights or other Smart accessories. Note, a little gem, that the remote also has “normal infrared” and can be used for essential functions (change the volume or change channel) even for the traditional TV when you are not using the Fire Stick.

With its Hexa-core processor and native HDR 10+ support, the Fire TV Cube is the most powerful device in the Fire TV family. The simple form should not be misleading: inside, there are eight microphones capable of receiving and executing voice commands, a speaker to interact with Alexa, and a processor capable of guaranteeing performances never before achieved by the Fire TV Stick. It is sold in the company of practical remote control, but in the package, there is no HDMI cable, which is essential for its use alongside a TV.

The performance is nothing short of excellent: the loading times for applications and the launch of multimedia content are almost zero. The response of the gaming sector turns out to be just as good, even with the limitations of a device designed to perform many other functions. It supports video formats up to 2160p and 60fps (the common 4K, so to speak). At the same time, audio playback relies on the always-valid Dolby Atmos for a limited selection of products (you need to have a compatible stereo system!). Attention, the HDMI above the cable and a suitable TV are required to enjoy the 4K format.

Thanks to the IR (infrared) connectivity, the Fire TV Cube becomes a valid bridge for controlling all (or almost) the devices connected to the TV. You can control compatible soundbars and A / V receivers and even switch inputs with just voice commands. Speaking of voice commands, these are reactive and extend to many of Alexa’s functions: Fire TV Cube can use the TV as a screen to view the footage from external cameras or the content searched for using only the virtual assistant (recipes, news, …). In the wake of the complete respect for privacy ridden by the latest generation of Amazon devices, we find a button to turn off the microphone at the top of the Fire TV Cube.

With Fire Stick TV, you can download an avalanche of applications to make the most of the small device. Before starting to burden it unnecessarily, however, we recommend you look at the list of applications that can be downloaded for free from the appropriate Amazon app store, which cannot be missing on your device. Below, we list the apps not to be missed.

The applications for video and audio streaming are numerous and for all tastes. Here is a brief selection:

Send Content To The TV From Smartphones And Tablets

If you want to do without installing apps but prefer to send content from your smartphone to the Fire Stick TV when you need it, you can rely on special applications:

If you’re wondering if there are games among the Fire Stick TV apps, the answer is yes! The list is very long. Some hints:

Not just entertainment, here are some useful apps that can’t be missing from your Fire Stick TV:

Amazon Fire Stick TV: Who Is It Useful For?

In general, the Fire Stick TV is recommended to all those with a TV with an HDMI socket but who do not have an intelligent TV because the Amazon device manages to make it so with minimal expense. Also highly recommended to those who have an Amazon Prime subscription, both for the discount on the purchase and for the possibility of seeing, without paying additional costs, films and TV series on their Stick. It is also recommended for those with an Echo device, with Alexa, given the additional functions that can be accessed if you have both devices. If you do not want to control the TV from the Amazon Echo, the possible alternatives can be Google Chromecast or smart TV boxes.

Also Read: Fire Stick IP Address, How To Find Or Change It

Facebook
Twitter
Pinterest
WhatsApp
Previous articleHow To Build A Crypto Dapp: Getting Started As A Crypto Engineer
Next articleScrum Methodology – How It Benefits The Company & Individuals?