More
Home BUSINESS What Is E-Business & From Where IT Has Started?
BUSINESSDEFINITIONS

What Is E-Business & From Where IT Has Started? 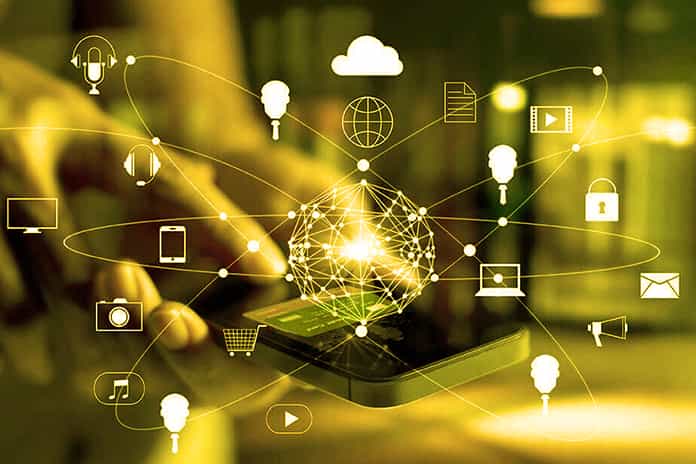 We are fortunate to be living in the midst of a technological transition, at a time when the process of transforming companies and professionals necessarily involves adopting the appropriate digital tools and technologies for each need. This new paradigm is decisive because it affects all business areas, so the adoption and design of new models, solutions and strategies are essential for business survival.

Most people relate the concept of eBusiness to that of eCommerce. Although it is true that both terms are related, they can not be classified, much less, of homonyms. The truth is that eBusiness is a much broader, more complex and global concept, which has a decisive impact on many more areas within a company. In any case, it is important to know both terms to know how to differentiate them.

It All Started With E-Commerce

It’s not that eCommerce doesn’t matter anymore. In fact, it remains one of the most important verticals for some of the largest companies in the world, but, by definition, its concept is more limited and its scope is limited to a specific area, that of online marketing of products and services.

Some people go back to 1960 to know the history of eCommerce, with the creation of the Electronic Data Interchange, a system that made possible the electronic communication of commercial information between companies that, until now, used analogue methods.

That was the initial foray more similar to what we know today by eCommerce, but the original concept did not come to light until 1989 when Peapod, an American grocery company, stood out as the first to offer an online product sales and delivery service. A year later, the first World Wide Web server was launched, eventually boosting communication and commerce over the Internet.

In 1994 the first SSL encryption certificates appeared, which favours the creation of payment services capable of processing online sales by credit card. 1995 is the year in which Amazon and eBay burst in. In 1998 Google and PayPal did it. The rest is history.

The sum of all these factors ended up consolidating and promoting the use of eCommerce. This was an absolutely radical change for commerce and for the retail sector. The companies that managed to adapt went from having a local influence to being global, and online sales positioned itself as one of the technological milestones of the 2000s.

However, it took a few more years for those responsible for innovation to realize that the adoption of digital technologies and strategies should go beyond simple online sales.

It had to affect all the business and strategic areas of the company. Those that were already consolidated needed to make a great effort to adapt to continue being competitive and those that arose from then on did so with a 100% digital roadmap.

The concept of eCommerce, being fully in force, falls short compared to what it means for today’s companies to become true eBusiness.

An eBusiness is a company whose operation and management is based on the use of tools, strategies and processes assisted by technologies and the internet. As has been seen previously, it is a much broader concept than that of eCommerce, which we refer to when talking only about the marketing of products or services through the Internet.

In a broader sense, the eBusiness concept refers to the ways in which the Internet and information and communication technologies (ICT) are applied in all essential business processes. This obviously encompasses simple commercial transactions, but companies that define themselves as eBusiness use ICT in many other important areas that have improved their processes in terms of efficiency and productivity.

An eBusiness is not just having a website, an online store and using social networks to communicate with customers. Generally, an electronic business assumes all the parts that correspond to the sensitive areas of any company:

We see, therefore, that the creation of the products themselves, the provisioning, the shipments, the customer service, the payments and collections … essential elements, dependent on each other, that comprehensively affect the operation of a company, are designed, develop and function through the use of technologies and the internet.

eBusiness implies a series of advantages for businesses that, in a simplified way, could be summarized as:

Large corporations and a multitude of startups around the world adapt or are born fully digital. Today’s markets, volatile and accommodating to the new needs and demands of consumers, demand it.

We have talked many times about the digitization of company documents and workflow, but the actual process with which it should take place is...
Read more
BUSINESS