What Is Robotics – Definition, History, Types And More 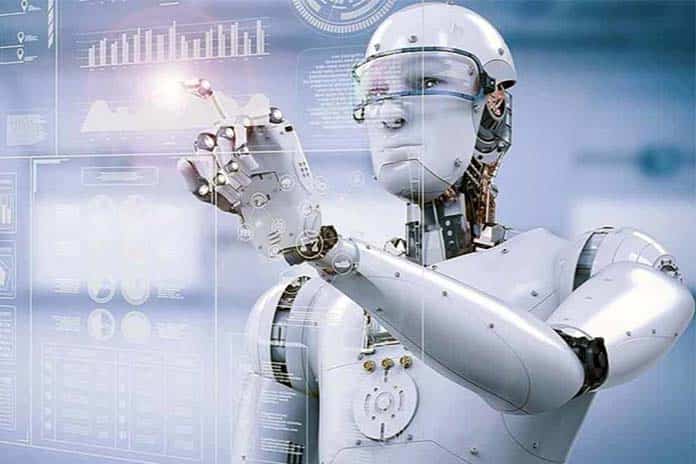 We explain what robotics is, its history, benefits, types and other characteristics. In addition, what are the laws of robotics?

Robotics represents the summit in the trajectory of technological development , that is, the design of tools. Its task is to build a tool that can perform many of the tasks currently performed by the human being, more efficiently and quickly, or in conditions and environments that the human being would be inaccessible.

The robot is somehow the most intelligent tool possible. However, the development of such tools, since the years of the beginnings of automation, also translates into unemployment and the replacement of human labor with automatons .

This also fuels an ancestral fear of losing control over these types of tools, or being replaced, dominated or violated by them, warnings that appear even in texts as old as the Golem of the Hebrew tradition, or the Frankenstein monster created by the English novelist.

Sophia is a gynoid robot with a realistic human appearance, created in 2015. The word robot comes from the Czech word robota , which literally means “slave . ” It was put into circulation by the Czech writer Karel Capek (1890-1938) with his novel RUR (Universal Robots Rossum) of 1920.

Similarly, the word robotics , understood as discipline, was coined by Isaac Asimov (1920-1992). This science fiction writer was one of the most famous cultists of the robotized imaginary future.

However, the history of robotics can be traced much earlier, in the desire of the human being to build beings in his image and likeness, which could relieve him of tedious work.

Already in the third century BC. C. Chinese writer Lie Yukou wrote Lie Zi , a story where a mechanical human figure was presented to a Chinese king. In the Pneumatic and Automata texts of Herón de Alejandría, in the 1st century BC. C., already appeared the ideas of machines and automatons capable of doing what the human being does not.

The first real robots appeared between 1950 and 1960 . They engaged in simple, mechanical and automated industrial work. In 1971 the first robot dedicated to space exploration was used . It was put on the Martian surface by the space project of the former Soviet Union, contact with him was lost only a few seconds after landing.

The Americans imitated this gesture in 1976 with NASA’s Viking I, thus demonstrating the enormous potential of robots in space exploration and other extreme environments, such as the seabed. Robots were even tried to be used to remove the debris from the destroyed reactor in Chernobyl in 1986, but the radiation fried the circuits within a few seconds of use.

The first humanoid and biped robot, ASIMO, was announced in Japan in 2011 , and demonstrations of its ability to interact with humans were made.

Advances in artificial intelligence allowed Sophia to appear in 2015, a ginoid robot with a realistic human appearance, designed to adapt to the social environment with humans and to be able to remember, recognize faces and simulate facial expressions.

Robotics is the science that studies robots, and as such, it concentrates the different disciplines necessary to design and manufacture them . Thus, it gathers knowledge of different branches of engineering, electronics , physics , computer science , mechanics, animatronics and other similar areas of knowledge.

Its mission, clearly, is to develop the different aspects of a functional robot: its autonomy and its own intelligence, its resistance and operability, its programming and control mechanisms.

In addition, it is a relatively young discipline, whose applications in real life have a huge impact . At the same time it is a source of distrust and fear on the part of society.

Aibo is a zoomorphic robot that also presents the behavior of a dog.
Robots are generally classified based on their belonging to the different generations of built robots, which are:

Third Generation: Sensorized control robots, controlled by some type of program (software) that sends the signals to the robotic body to carry out certain mechanical tasks.

Another form of classification responds to the structure of theft t, being able to talk about robots:

There are also hybrid robots, which combine some of the previous categories.

Increased productivity: in factories and other mechanical spaces, since robots can do tasks more times, faster and more efficiently than human workers .

Access to hostile environments: Such as outer space, the seabed, spaces devoid of air, etc., in which a human worker could not operate or would do so at very high costs and risks .

Automation of unwanted tasks: Generally those related to maintenance or cleaning, which are mechanical and repetitive. Smart vacuum cleaners ( roomba ) are a good example of this.

Help in medicine: Allowing remote operations, controlled by specialized medical software , with a very high precision index, through arms and other robotic tools.

War applications: To manufacture automated bombers, unmanned tanks, and other new forms of technological weapons. If this is really a benefit, it is a matter of debate.

If robotics is the science that designs, plans and conceives of robots, robotic engineering is, instead, its formal incorporation into the domains of engineering.

It is responsible for the design of automated tools that facilitate human life, or that take steps towards the eventual construction of a true robot, such as those predicted by science fiction. It is a high-demand university career in today’s post-industrial world.

In his fictional work, the American writer Isaac Asimov conceived the Three Laws of Robotics , which are a fundamental code of operability incorporated into the nucleus of the positronic brains of the robots in his stories. The three laws were, in order of hierarchy and importance:

Subsequently, in his novel Robots and Empire (1985), Asimov adds a “Zero Law” with absolute priority over the other three, which read “A robot will not harm humanity or allow inaction for humanity to suffer damage.”

Asimov’s stories were about robotic dilemmas when it came to complying with these three laws. He explained the exceptions, contradictions and problems arising from his code of conduct .

Also Read: What Do You Mean By JQUERY