Communicate With Advertising On Television To Build Customer Loyalty 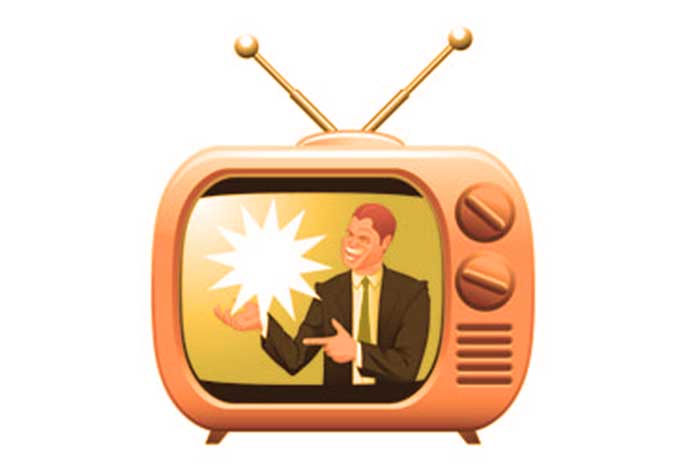 Why does your business need to advertise on local broadcasters? How can you develop your tailor-made advertising spot?

If we say television, what do you think? Talk shows, TV series, films. And then again, information, documentaries, reality shows.

Yes, television is all of this, yet you forget one element. Cross and delight for many: advertising.

Just reading the word, do you feel bored and fed up? We, too, have had our share of skepticism.

We know some difficulties concerning TV advertising: maybe the TV is only on in the background, and nobody pays attention, people are faced with an exhausting roundup of commercials, perhaps…

There may be many, and if they represent the “cross,” there must also be a “delight.” The good, positive and profitable side of advertising. After all, advertising itself wants to delight.

The pandemic we have faced has changed us all, inhabits and certainties. As well as in the way of communicating.

A trend that has not yet ended will continue this summer, thanks to major international events, such as the European football championship, which will increase public interest in sports broadcasts.

Reflecting on these aspects, we decided to make our experience with commercials available for the small screen. To give a complete service and adequate answers to all entrepreneurs.

That’s why we want to take you to the discovery of advertising on television. Ready to face this adventure with us?

What Are The Benefits Of Advertising?

An advertising spot, in general, is a very effective tool for enhancing visibility and sales and improving the image of the brand or product.

Even television, especially if you choose a local network, can play its part in achieving these goals. And here’s the delight! Despite everything a TV commercial brings to your business, let’s see everything positive.

Also Read: How Does The Social Media Advertising Actually Works

Why Choose To Advertise On Local Television?

Since its inception, television has held its own against other media and entertainment. Today, it demonstrates its potential even concerning the digital universe and all its forms of expression.

The ratings for the small screen continue to remain high. And local broadcasters are also gaining ground, recording data that has even doubled over time, confirming that the desire to watch television has never passed.

Advertising on a local TV channel grants you at least seven benefits.

You can introduce yourself and show your uniqueness. And of course products and services. All with advertising. In short, you are enhancing the image of your company concerning the local public, who will not only be able to know you but also understand your value.

A local TV covers well-defined and geo-localized areas, speaking to an audience on the spot and who knows the place. So it allows you to have a widespread presence locally with your commercial.

Reach Out To A Local Audience

Local broadcasters are increasingly appreciated and chosen by people. Both for the proposal of the schedule and the possibility of interacting with the programs by intervening with phone calls or messages. Without neglecting the fact that, compared to national channels, the public identifies entirely with the messages launched by local TV.

An ideal situation is to reach the local public, who can easily get you and build loyalty quickly.

More broadcasters are working locally, and this can be a real plus. While broadcasting, for example, in the same province, you can evaluate the programming and editorial line of the various TV channels. In this way, based on your audience’s tastes, you can choose the best channel to reach them with your spot.

Talk To Those Who Decide On Purchases

Who watches TV the most? Depending on the program and interests, the audience is quite varied.

But what we are interested in underlining is that people of an upper-middle age represent a large slice of the viewers. In other words, those who, in addition to having purchasing power, also have more decision-making power than purchasing itself.

In short, they are precisely those who could turn to your company.

Thanks to the power of images and the suggestions of sounds, a commercial can evoke sensations, communicate emotions, and arouse feelings.

In other words, to involve and intrigue viewers, stay in their memory and increase the chances that, if necessary, they will choose your company.

In this way, with the same initial investment, you are more likely to have your message hit the center compared to an advertisement spread over a broader range where people could, in practice, be unable to reach you.

When Is A TV Commercial Effective?

An advertisement can be considered successful when it manages to attract viewers’ attention and remain impressed.

To make this happen, you need to pay attention to:

Also Read: What Are The Options Do I Have To Advertise On LinkedIn?

What Are The Characteristics Of A TV Commercial?

Let’s now move on to some more practical details to translate what we have just seen into facts. To achieve these effects and, ultimately, a thriving commercial, you need to work on some elements.

How long should an advertisement on television last on average? 30 seconds can be enough. They seem few, it is true, but in reality, they are enough to convey the concepts and sensations you want. You can also go beyond this time frame but remember never to exceed it; you cannot risk boring viewers.

Framing, colors, and subjects influence the perception of the public. So be careful what you choose based on the effect you want to produce. The sensation aroused will be decisive in determining your product or service.

Again, the voice, male or female, the background music, and the sound effects you choose produce a specific impact on people. Ask: What feeling do I want to associate with my product? Depending on what you choose, you will have a particular sensation.

Your message also goes through words. The right ones, of course. Phrases with effect or actual slogans help more than you think. They are instrumental in helping you unconsciously to memorize your spot. And consequently your company. Find the perfect motto for your advertisement and repeat it carefully.

You can enrich your commercial with a few tricks:

Now you know a little more about advertising on local television. Are you letting yourself be tempted, but you don’t see how you could manage it all? You can ask us for more on all the doubts that haunt you!

Holistic Marketing: What Is It, And What Are The Main Pillars?

Holistic Marketing is a strategy that seeks to integrate the various sectors present in a single business. Its purpose is to generate a unique...
Read more
APPS