Is Virtual Reality The Future Of Online Gaming? 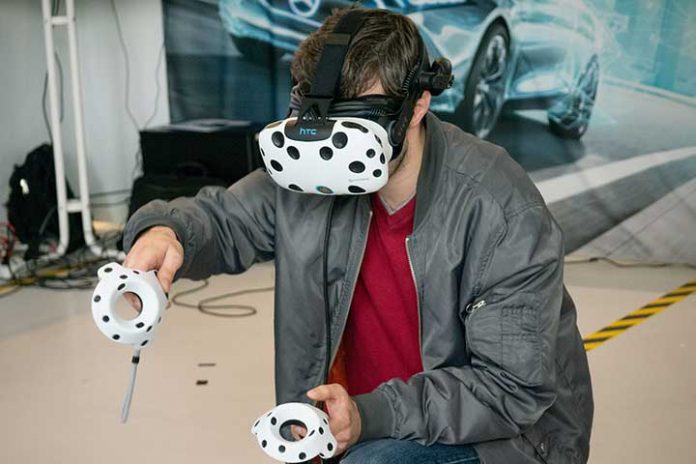 The virtual reality market size value skyrocketed in 2020, reaching $15.81 billion. It is estimated that by 2028, it will grow at a compound annual growth rate (CAGR) of 18%. As a result, a large number of industries have begun implementing this technology.

At the start of the COVID-19 pandemic, world-recognized museums and art galleries opened their doors to visitors by integrating a simulated 3D environment. In addition, a growing number of online game designers are creating VR-compatible games. This technology is slowly but surely disrupting the flow of many eCommerce markets, including online gambling! In fact, VR in online casino games has been a thing ever since 2012.

So, as virtual reality is taking the world by storm, what changes can we expect in online gaming?!

Virtual Reality – How It All Started

When you think of virtual reality, a VR headset probably comes to mind. However, if we look back in history, the phenomenon – or at least attempts to achieve it – existed long before the first VR headset.

Panoramic paintings dating back to the 19th century, as well as stereoscopic viewers, are all proof of humankind’s desire to bring imagination to life. Morton Heilig, a cinematographer, pioneered virtual reality back in 1957. In 1962, he patented his Sensorama machine, the earliest virtual reality system as we know it today.

However, the phrase “virtual reality” was only adopted in 1987 by Jaron Lanier, the founding father of VR. The creation of the VR-32, known as Nintendo Virtual Boy today, was a serious milestone in expanding and developing the technology. At the 1995 Consumer Electronics Show, Nintendo debuted the VR-32, a gadget that would bring players as close as possible to the real-life gaming experience.

The concept has been improving ever since, and today we have hundreds of VR games and various VR headsets. It takes no more than a few minutes for a player to immerse themselves into shooting action, haunted mansions, or – you guessed it – casinos.

VR in the Gambling Industry – A Timeline

The first-ever online gambling company to implement VR technology was Alea Gaming, owner of VR casino pioneer – SlotsMillion. The brand shocked everyone when it launched its fully functional virtual reality casino in 2015. Following this historic moment in online gambling, many casino operators took it upon themselves to do the same.

Microgaming is another vital player in the development of VR gambling. The game and software developer introduced a unique VR Roulette game back in 2015. This product won Microgaming the prestigious Digital Gaming Innovation of the Year Global Gaming Award the same year.

With consumers always excited to try new things and providers always ready to meet their needs, VR is not going away soon. It’s only a matter of time when more online casinos will adopt virtual reality either fully or partially. For now, the selection isn’t too great, but players can still indulge in a solid range of VR games.

If you’re ready to try out VR gambling, note that many online gambling companies have adapted and integrated this technology. SlotsMillion was the first to provide players with a VR casino where users can spin the reels of famous slot machines. Operators like PokerStars and BetMGM aren’t far behind and provide a good VR casino experience as well.

There is no limit to the casino games you can play in VR. Slots, table games, and card games are all on the menu. Still, some improvements can indeed be made in terms of the game offer.

According to Statista, global unit sales of VR headsets will hit 6.1 million by the end of 2021. With such good standings, there’s no doubt the virtual 3D world will penetrate the online casino market even further. We expect to see more initiative on the software providers’ sides too.

As time passes, VR headsets become much more inviting to players due to their increasingly ergonomic design. And the more comfortable these headsets become, the more gamers continue to purchase them.

Naturally, it’s not just online gamblers that seek realistic and immersive experiences through VR technology. Dozens of industries around the world rely on it, too. So, as time goes on, we are yet to see how the world of VR will further expand and grow.