The 4 Coolest Uses Of A Satellite Cam 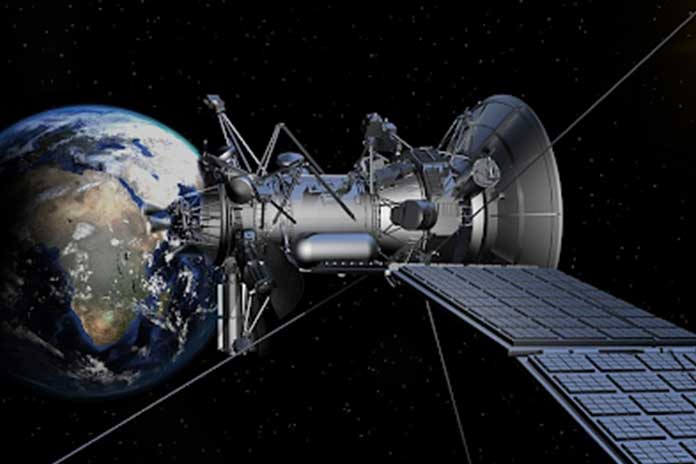 Many people don’t realize just how much our lives are affected by satellite cameras. Hundreds of these devices are floating in orbit above our planet, beaming down images on a regular basis. We put these images to all kinds of use. While the first satellite camera system was primarily military, today, they’re used by a whole range of different individuals and businesses. We rely on them for transport, telecommunications, media, and much more. What cameras do satellites use? They use some of the most effective tools available today. We’re going to look at some of the coolest satellite camera types and how satellite cam images are shaping our world today.

The world is currently going through the largest refugee crisis in history. Across the world, people are moving away from danger in the hope of finding a better life for themselves. With so many people moving, it’s incredibly difficult to keep track of them and plan ways to help them. Satellite imagery plays a large part in doing this. A satellite camera can track the movements of hundreds of thousands of people in South Sudan, working out how best to plan refugee camps and how to develop food solutions to keep them alive. It is now impossible for people to ignore the refugee crisis or to pretend that it isn’t an issue that needs an international, planned solution. Once we are trained how to use the satellite camera, satellite images are able to provide us with a real, up-to-date overview of the movement of people. It’s also able to help us monitor refugee camps, planning how to organize them and how to ensure people are able to temporarily live in proper conditions. With the crisis showing no sign of abating, it’s crucial that we use these images to plan for the future.

Climate change is the biggest challenge facing humanity. It stands to affect life in all parts of our world, and scientists and governments around the world are working on ways to mitigate its effects. Satellite images of our planet are essential for this task, especially thanks to the satellite camera size used today. Satellite images can use infrared sensors to monitor changes in temperature in all parts of our planet, including oceans. On top of that, they’re able to keep track of how landscapes are changing. Satellite cameras can show us where and how deserts are encroaching on arable land and how well our attempts to prevent them are working. They’re also necessary for following any damage that is being done to our ozone layer, another key aspect of how our planet is changing.

When it first came out, Google Earth was a real game-changer. Never before had this kind of satellite imaging been available to internet users completely free. It’s still a marvel of the modern age and something that many of us enjoy on a regular basis. Google Earth lets us explore our entire planet from our phones and laptops. It uses a satellite camera that takes photos of our planet on a regular basis. The cameras are set to take pictures of often changing landscapes with greater frequency – populated areas and cities. Photos of things like deserts are taken less frequently as there are fewer changes in these empty places. But wherever you’re looking at, Google Earth is able to give everything from a broad overview to a closeup of the roof of a house you’re sitting in. Taking these photos is a complex business, as multiple different images need to be taken by each camera, then rearranged, adjusted, and broadcast down to Earth. It takes a while, but the end result is the astonishing images we’re able to look at whenever we like.

It may sound unlikely, but space archaeology is a real thing, and it depends on a satellite camera. Both amateurs who have learned how to get high-quality satellite images, and professionals, make use of satellite images and infrared sensors to locate anomalies on the Earth’s surface that could only have come from archaeological structures. They’re able to follow the clues based on existing complexes, zooming in and checking dozens of images until they’re able to find the patterns that match up. Once found, professional archaeologists are able to investigate the clues and confirm whether they’re real or not. These techniques have already unearthed hidden temples in South America, as well as images of a cat resembling the famous Nazca lines. Space archeology also includes the studies of artificial objects found in space.

Satellite camera work is crucial for media and communications, two things that we take for granted. But the above are some of the more exciting things that we can use satellites and satellite cameras for. It’s an exciting industry, with more and more innovations being made every year. With so many exciting projects underway at the moment, we look forward to seeing what tomorrow’s scientists are capable of.

The SIM PIN is a four-digit numeric code that helps protect the data on the SIM card from unauthorized access. The information on the...
Read more
GADGETS

Are ADSL And Wifi The Same Thing?

Although the data connection is now a service used by practically everyone, even those not passionate about technology, inexperienced users may have doubts about...
Read more
GADGETS

The Daily Summary By Using Alexa

The simple outline is a precious element that permits Alexa to peruse the insight about the day, pay attention to the most recent updates...
Read more