The Best Waterproof Mobiles In 2020 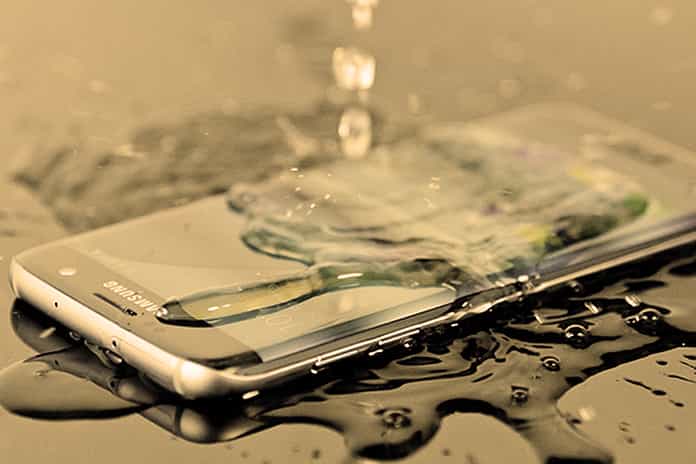 We offer you a complete guide to the 10 best waterproof phones, with a detailed explanation of the different IP certifications. Consult our buying guide with an in-depth review of each of the models.

Many are the phones that break down or become unusable every day for the simple fact of accidentally coming into contact with water. When this happens, it makes us consider its water resistance for the next purchase of a new mobile.

Fortunately, manufacturers have realized this need and are increasingly building more advanced phones that have different levels of water resistance, ranging from light rain to be able to put it in the pool without damage.

Here Are The Best Waterproof Mobiles In 2020

Although many of the Android phones adhere to the IP68 certification, the iPhone case goes further with the i Phone 11 Pro and 11 Pro Max models, as they have resistance up to 4 meters deep for freshwater during something. more than 30 minutes.

As for the rest of the phone, although we do not totally agree with the name ‘Pro’, there is no doubt that this is the best iPhone manufactured to date for various reasons, among which is waterproofing.

We like the new matte finish that provides more grip than standard glass, in addition to removing any trace of a fingerprint from our fingers. The OLED display looks impressive, especially with iOS 13 Dark Mode.

Also, the camera sensors are very good, especially when it comes to recording videos, with premium performance and a battery life that is better than what Apple had offered us until now. However, we still do not have 5G connectivity support, at least for now.

Although the iPhone 11 is slightly more decaf than its Pro series older siblings, the standard iPhone 11 still has above-average water resistance that runs 2 meters deep in freshwater and for an estimated time of 30 minutes.

Built on the foundation the iPhone XR has already shown, it features a nice design and comes in multiple colors. Face ID technology has been improved and the telephoto lens has been changed to a wide-angle lens that is much more useful.

The built-in display isn’t OLED yet, but it still offers a very good viewing experience with world-class performance, including when you’re just playing around with very demanding performance titles.

All this is offered at a much more affordable price than the iPhone 11 Pro models can cost and being the cheapest model until the recent arrival of the iPhone SE 2020 which has become the entry price of Apple.

The Galaxy S20 model is part of the phones that meet the IP68 specification standards so that they can be submerged underwater at depths of up to 1.5 meters for 30 minutes.

The base Galaxy S20 is the best in Samsung’s S20 series and currently the best the company is making right now. It is compact, powerful, and has a very versatile camera system that can be surpassed by that of the S20 Ultra at zoom, but it does more than satisfy.

As we mentioned in the review of the model, you will be acquiring a terminal compatible with 5G connectivity, increasing its life beyond the usual. The duration of its battery could be its only aspect against those mentioned.

The OnePlus 8 Pro is arguably the brand’s first flagship introduced this year, which finally incorporates features long requested by its fans, such as wireless charging and an IP68 waterproof rating.

Consequently, it is understandable that the price has risen for the basic version to € 909 with 8 GB of RAM and 128 GB of storage, maintaining the highest standards in the manufacturing quality of its components.

If you are looking for something cheaper and can do without this certification, you can always opt for the purchase of the younger brother, the OnePlus 8, with which you will save € 200. Although it does not offer any IP certification, it seems that the brand would have applied similar seals, but without guarantees.

The hardware of these models is outstanding, with a 90 Hz display panel and HDR10 + support among other advantages. It also adds 5G, a great design, and the best Android customization layer, which makes the OnePlus 8 Pro easy to recommend.

Another phone of the so-called flagship is this one from the Oppo brand, which guarantees that it complies with the IP68 certification among many other of the great novelties that it contemplates.

And it is that its QHD + panel is 6.7 inches, 10 bits and with a refresh rate of 120 Hz, guaranteeing that you are acquiring a mobile phone with some of the best screens that you can find in the current market.

It is also backed by the fastest cable charge of the moment with 65 W, and a higher-level camera that has two 48 MP lenses and 10x hybrid zoom. You will have to live without wireless charging, yes, although this will not pose any problem.

On a performance level, you’ll find the Find X2 Pro a Snapdragon 865 5G chipset, 512GB of storage, and a whopping 12GB of RAM. You just have to be willing to pay the € 1,199 that this specific model costs.

It is clear that the Galaxy Note 10+ is the phone that will satisfy fans of the series, offering everything that Note users love, among which is its famous S Pen digital pen.

A large screen, gorgeous design, and almost every high-end spec you can find on a phone are extra aspects of this release. In particular, we love the bright and bright display as well as the cameras and their potential.

However, it must be recognized that despite the passage of time, its price continues to remain around € 1,000, making it difficult to access other options on the market unless the digital pen is a priority for you and your work.

Going for an S10 model could be a better option, or even the smallest Note 10 against the brand’s leading family, the Samsung S20.

We have already seen in this comparison also the lower model Galaxy S20 and now we also include the Galaxy S20 + because it is an exceptional flagship and one of the most complete phones on the market, at least in the first half of the year.

If you prefer a larger 6.7-inch screen like the ones the S20 + offers, you’ll also enjoy WQHD + resolution, HDR10 + images, and most exciting of all, the refresh rate reaching 120Hz.

The performance is also remarkable and first-rate, which means that it is ideal to enjoy the content and games of the first level, with great allies such as 5G and a fast charge of 25 W that can charge the mobile with 4500 mAh battery. in less than an hour.

Both Google’s Pixel 4 and 4 XL models offer innovation in abundance. The 4 XL with a larger screen, could account more for the consumption of the battery, but the company claims to have optimized consumption using AI.

You’re likely to fall in love with the super smooth 90Hz display, the amazingly improved new Google Assistant, and the amazing ability to capture nightly snapshots of astrophotography, a feature built into the new main camera.

Peculiarities such as the weak maximum brightness of the screen of this phone and the average longevity are less appreciated. If you have not yet had a Pixel, you should know that the Pixel 4 will offer you the latest in handling with pure Android with the incentive of being the XL model.

A niche hit, the V60 ThinQ 5G excels in areas like battery life, video capture, and audio, albeit somewhat lacking in overall design, with the typical LG user interface and optional dual-screen accessory that makes you more productive.

LG has made some surprising decisions in the face of competition, but a little reflection reveals that such choices collectively make a lot of sense. There is no high refresh rate display, as the V60 has a lower resolution panel (Full HD) compared to its predecessor.

As a result, it offers great longevity, even when using that second screen that is attached to the mobile to be used as a double screen. The Snapdragon 865 chip and its 5G connectivity provide the expected speed in this range of phones.

We must say that the Huawei P40 Pro would be the most suitable to include here, but with the company’s current problems with the United States government and the absence of Google services on the phone, the P30 Pro is actually the option. preferred.

Huawei is also one of the few manufacturers to manufacture an improved waterproof terminal compared to other phones on the market. In the case of the P30 Pro, the native IP68 certification is exceeded by being able to support up to 10 meters depth for 60 minutes.

Despite its age, the design is still top-notch, the screen is great, and telephoto cameras are truly some of the best addictions you’ll find on a phone, years after it was released.

Prices have dropped since it was launched in early 2019 and it has great value compared to many rival flagships, with the added bonus that you’ll be able to install the entire Google app ecosystem.